Skip to content
Quality at Bats (QAB) is a statistic used to determine a hitter's offensive value for his team. 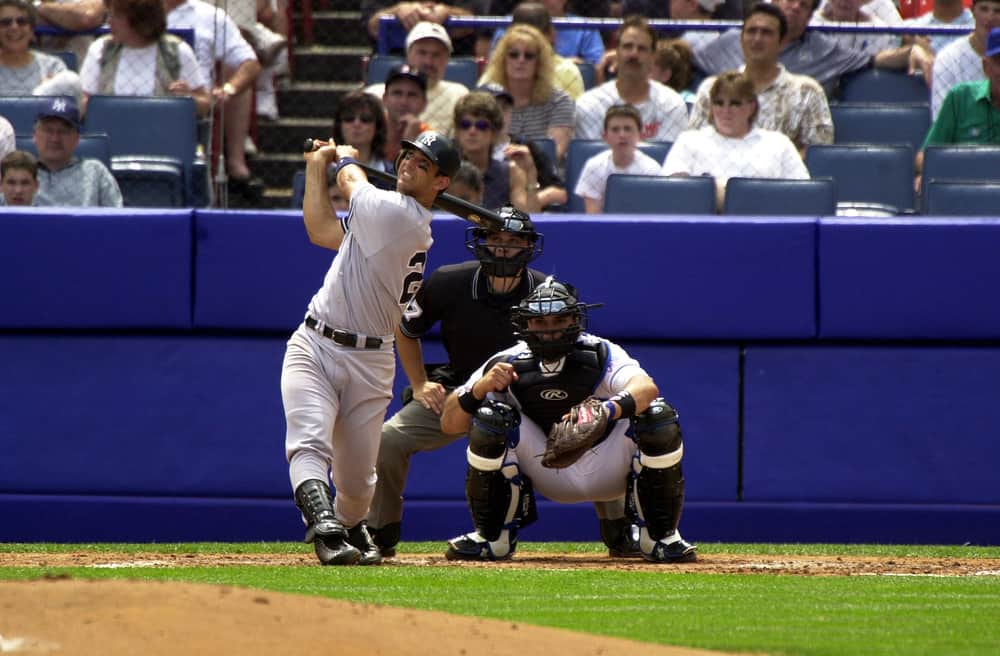 How important are Quality at Bats?

Examples of Quality at Bats

There are many different types of quality at bats. Here are a few examples.

Pitcher throws more than six pitches without a strikeout

The first example of a QAB is when a pitcher throws more than six pitches without striking out the batter. This QAB shows coaches that a batter can survive a plate appearance without striking out. If many batters achieve this, the pitch count will rise making a pitching change more likely. A batter can flyout or groundout after six pitches and still achieve a QAB. If a batter strikes out before nine pitches the plate appearance is not considered a QAB.

This QAB only requires that a batter makes solid contact with a pitch. It can occur during any pitch in a plate appearance, and the batter does not need to hit. Solid contact does not have a specific definition. It requires that the ball is hit in its center and has a high velocity from the point of contact. A fast line drive into a center fielder’s glove is a hard hit ball. A soft flyball into the infield is not. Hard hit balls show the coaching staff that the batter can make strong offensive plays.

Plate appearance results in a walk

This QAB is easy to understand. Any time a player gets a base on balls (BB) from a plate appearance, it is a QAB. A batter reaching base in any way is valuable for a team’s offense. A player can walk from four balls or by being intentionally walked. When a player walks a pitcher’s pitch count increases, providing value for the team.

When a player gets hit by a pitch (HBP) in baseball, the plate appearance automatically results in a walk. This is a QAB because as mentioned prior getting on base in any capacity is valuable to a team’s offense. Hitting batters with pitches is a negative stat for pitchers. Hitting too many batters with pitches can result in a pitchers ejection.

Runner is moved into scoring position

This QAB means that as a result of a plate appearance a runner already on base moves into scoring position. ‘Scoring position’ in baseball is either second or third base. A batter can get out or reach a base as long as a runner reaches scoring position and the inning does not end.

Batter gets an RBI

An RBI in baseball is a ‘run batted in’. For this QAB, a batter aids a runner in scoring during his plate appearance. RBI’s are valuable to a team’s offense and ranked every season.

Run scores from a sacrifice fly

A sacrifice fly in baseball is when a batter intentionally hits a flyball so a runner can earn his team a run. This is a QAB as well as an RBI. For a sacrifice fly, a batter does not need to be retired if the batter reaches base from an error.

Baserunner advances from a sacrifice bunt

Batter ‘battles back’ after receiving two strikes in the count

In baseball, ‘battling back’ means that a batter is not retired after receiving an 0-2 count. This demonstrates a batters composure and effort in a plate appearance. If a batter is retired after battling back, this can still be a QAB because the batter had a good performance despite having a disadvantage

Batter gets a base hit

This QAB is the easiest to understand. If a player gets a base hit, meaning that during a plate appearance the batter gets on base from a hit, a QAB is registered.

What is a good QAB percentage and how is it calculated?

The QAB percentage in baseball is a useful statistic for determining a batters offensive value. Because many different situations are analyzed, it can be more useful than a batting average as a way to understand a player’s value.