Skip to content
Let's take a closer look at the weight of a baseball and how it has changed over time. 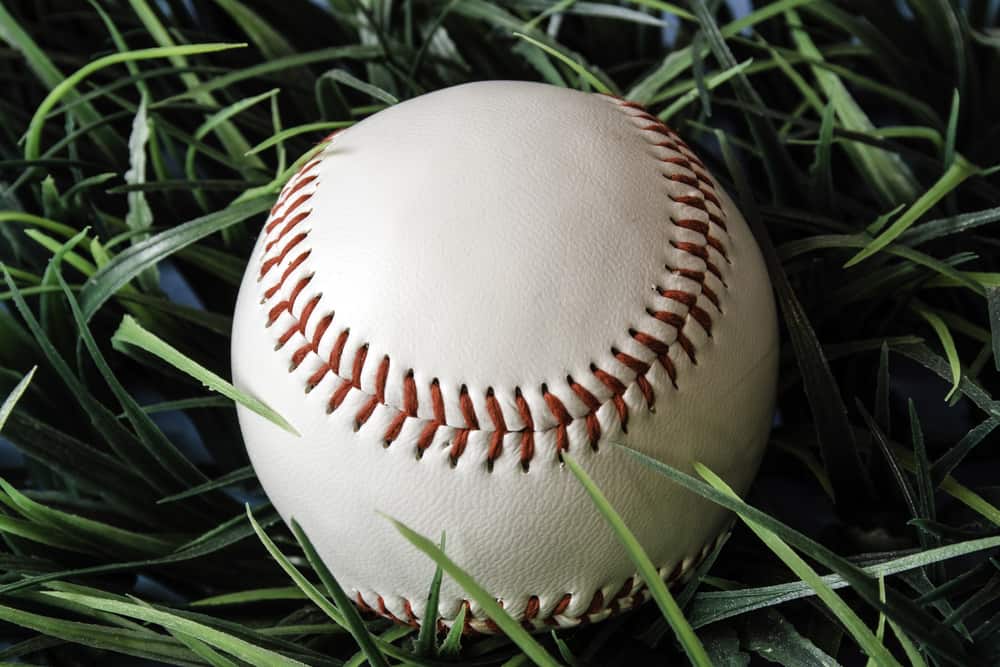 It is a question commonly heard in a quiz and answered by baseball fanatics… how much does a baseball weigh? The answer is that it weighs between 5 and 5.25 oz, or 142 and 149 grams. Made from cork and rubber core and tightly wrapped yarn, two tight-fitting pieces of white leather are sewn together to make these iconic balls.

Nearly a million are used in the MLB every season, and millions more are sold yearly. So, how did it come to be what it is today, and how has humble baseball evolved throughout time? In the following article, we will answer this and a lot more.

As with any ball game, baseball has gone through many changes throughout time, mirroring the changing demands of a sport that has been labeled as America’s favorite pastime for a reason. Even the stitching of a baseball has changed due to the science and changing technology that has evolved.

With this in mind, let’s look at how baseball itself has changed throughout the years.

The National League was established in 1876, and the first balls with cores of rubber were designed. Before this time, balls were manufactured inconsistently, so they could have different weights.

A.G Spalding designed the first official league ball, and the resulting company would supply the balls for a century.

In 1910, a new ball with a cork core was introduced during the Fall Classic. Fast forward to 1920, and rule changes meant the ball would no longer be played for an entire game unless it unraveled (dirty balls made it hard for batsmen to see).

1920 turned out to be huge for baseball history. It marked the start of the live-ball era where spitballing was no longer allowed, and balls were replaced when they were dirty, soft, or soiled.

Spalding introduced Australian wool, changing the yarn to make it easier for batters to hit home runs. The ball manufacturing process was standardized in this era, and the weight of a baseball was set at three ⅛ oz.

World War II impacted the amount of rubber available, and baseballs were not as important as ammunition needed for the war effort.

During this time, baseballs were manufactured with cork instead.

Baseballs continued to change at this time, and in 1944, synthetic rubber was starting to become mass-produced, and balls were once again made to pre-war specs.

What is a baseball made of on the inside?

In the modern game, baseballs are made of cork inside. They are covered in rubber and wound tight with yarn, then covered with alum leather.

Post-war, horsehide was replaced with cowhide on the exterior, so these balls have gone through a lot of change over time.

How are baseballs made? What are they made of?

A baseball combines multiple layers, rubber, fabric, and cowhide. These are placed around a rubber sphere around the size of a cherry. First, the rubber is molded, the fabric is wound around the rubber, and the cowhide is sewn into place, leaving a perfectly formed ball.

Baseballs are mass-produced – with nearly a million used in MLB each season alone, this is hardly surprising. They are made of three parts, round cushioned cork inside, wool windings, and cowhide.

Consistency is key, so conditions are controlled meticulously throughout.

How much does a little league baseball weigh?

A typical adult baseball weighs around 5 oz, but a baseball like the MacGregor 74 Cal Ripken baseball is used for ages 8 and 9 and weighs 4.3 oz. This is to accommodate the younger pitchers’ strength and increase safety with a lighter ball. A Baden Level-5 Safety Baseball may be used for the smaller kids and has a poly center to give it a lighter feel. It weighs 4.19 lbs. Then, a ball such as the Rawlings Ripken Baseball can be used for second grade.

How much does an MLB ball weigh?

An MLB baseball weighs between 5 and 5.25 oz. They are made to be consistent, from cork and rubber at the corn, wound in yarn to keep it compact. The cover is tightly secured together and made of white leather.  Balls are machine-made and are supposed to be 5 oz, but there is a little leeway given as they can weigh a little more. ERach baseball has 108 double stitches. The first and last are hidden, and each is sewn by hand. That’s a lot of stitching going on!

How much does a weighted baseball weigh?

Weighted baseballs are used to build arm strength, improve the hitting of the batman, and enhance agility and speed. This means hitters can drive with more power during game day and may even provide more exit velocity. They weigh different amounts depending on the preference of the hitter or pitcher. Some weighted baseballs start at 6 oz, a little more than the weight of a regular baseball, but can go all the way up to 12 oz. They don’t just benefit the hitter, though. Weighted baseballs have been used to increase throwing speed and stability and even lower injury rates, so it is no surprise that pitchers also use them.

What is the average life of a baseball?

At the beginning of the game, a team must provide 90 new baseballs. On average, 60 to 70 balls are used, although, as mentioned earlier, this can go up to 120. The average use of an MLB baseball is six pitches, so these figures tend to make sense.