Skip to content
Maximize Your Performance on the Field: Strategies for Developing Mental Toughness in Baseball 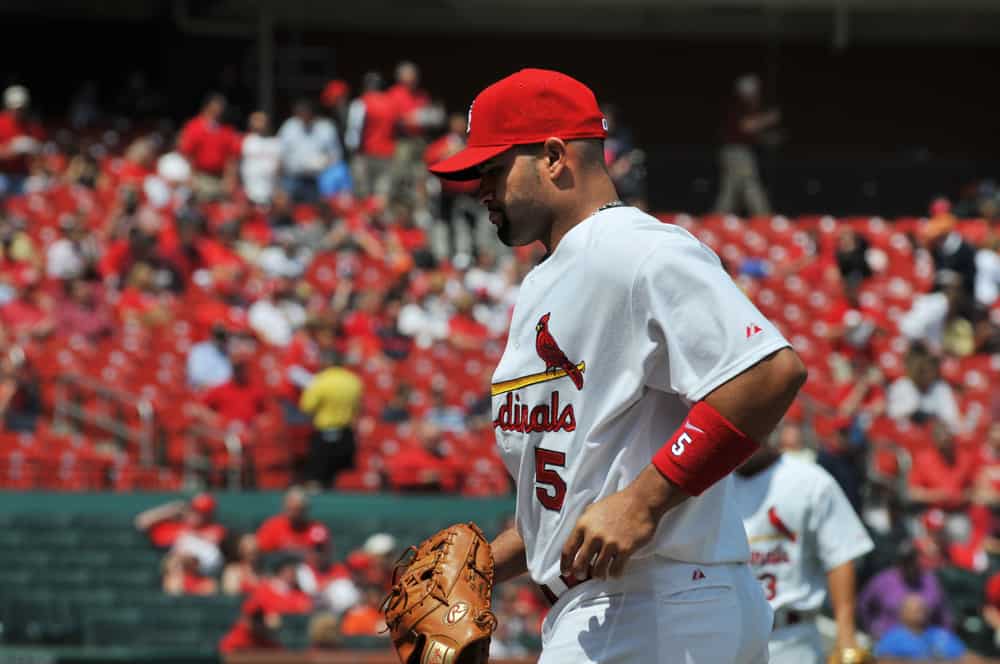 One of the most documented fears of human beings is performing in front of an audience. Whether it is public speaking, stage performances, or sports, performing your job in front of a crowd of spectators is stressful. When people make mistakes at work, their stress and anxiety levels increase.

Now imagine that you were performing your job in front of 50,000 people in attendance and millions more watching on television. Being a professional athlete is a highly stressful job, which is why MLB teams are now adding mental health and performance coaches to their staff. But why? Because mental toughness in baseball matters and teams know it. We explain why below.

Aspects of baseball where mental toughness is needed

There are three critical areas in which baseball players need significant mental toughness. To be clear, this is not finding the courage to play when someone is ill or if the weather is extreme. Mental toughness is needed even on those perfect 70-degree days with a nice breeze blowing out to the center field.

Baseball, like other pro sports, requires players to make decisions almost every minute of the game. This is true on offense and defense. But if a player makes a bad decision, the stress from that is compounded by fans and the media criticizing that decision for days.

As an example, former Red Sox first baseman Bill Buckner is still criticized over 35 years after making an error in the World Series that cost Boston the championship. How did he respond? He batted .306 the following season. A fantastic example of using a mental toughness technique known as control of the short-term memory, or STM. His error in the World Series did not affect his play the following season because he knew that after the game was over, that mistake was over.

2. Dealing with failure and adversity

What many people forget is that your favorite baseball players are humans and make mistakes. The reason they are pro baseball players is that they can control their short-term memory and block out previous failures.

Consider the following: A player strikes out to end the game, and his team loses. That night, the media and fans will have mean things to say, but the very next day, that player will be right back in the lineup and expected to hit, so forgetting the previous night is critical to success.

To a baseball fan, one of the best moments is when a power pitcher is brought in to face a power hitter at the end of the game. Each player knows it is a do-or-die situation for their team, and so does everyone in the stadium. The pressure to win that individual matchup is immense for both the hitter and the pitcher. Whichever player can best block out the noise, the fans, and distractions will usually come out ahead.

In the video below, you will hear 3x MLB All-Star Sean Casey talk about his approach to mental toughness in the major leagues and see how his main mental challenge was overcoming being star-struck by certain pitchers. It may sound trivial, but the right mindset makes all the difference. Sean Casey would know; he is in the Cincinnati Reds Hall of Fame.

Once players have an understanding that mistakes and improvement are part of the game and can let go of the desire to be perfect all the time, that is the first key to building mental toughness and a positive mindset.

In the major leagues, players need to be reminded that they are good enough to make it to the top so they can succeed. If they are in a slump or not performing well, the first thing teams will do is coach the player mentally and emotionally. Getting players to believe in themselves and their abilities is the first thing they try to accomplish. Mental toughness requires confidence, and sports doctors know that.

Another aspect is to treat every moment as unique and different. Every time a hitter comes to the plate, it does not matter if they are in a slump. That at-bat is important in the current moment, and the previous at-bats do not matter. It takes mental coaching to let go of past failures, but those who can master that skill go the furthest in sports.

Mental training for baseball and other sports is an emerging industry. Many providers have developed several drills and training techniques to improve players’ mental toughness. Whether it is overcoming failure, dealing with pressure situations, or focusing during downtime in the game, each skill is necessary to be a successful baseball player.

Some examples of training techniques include visualizing failure so often that you become numb to it. Samurai warriors practiced this theory for centuries, which is now applied to sports. Players cannot go into a game scared to lose, just like Samurais had to go to war without the fear of death.

Also, having the ability to conquer negative self-talk and silence that voice in our minds that tells us we will fail or we are not good enough is necessary for success in sports. Remember, players can perform well and still lose. To reduce that frustration, players are also taught to think in percentages. A player can do everything right, but they will not be successful 100% of the time. Acceptance of this fact will help players know that even though they may not have succeeded in one game, there is an 85% chance they will play in the next game.

This may seem like common sense, but a common human reaction during a failure is to dissociate from peers. That is the exact opposite of what a baseball player needs to do. Just like in any other profession, baseball players need guidance from coaches, mentors, and teammates about parts of the game, both physical and mental.

To emphasize how important mental health is, MLB created a player resource center for all major and minor league players as they transition through each stage of their baseball careers and deal with setbacks like injuries, slumps, trades, and negative press.

Watch the video below to see what an emotional game baseball can be and the importance of having a team that supports each other. You will see impressive displays of support. For a good laugh, watch the great Mariano Rivera being pulled from his final game by his teammates Derek Jeter and Andy Pettitte at the end of his Hall of Fame career.

As you can see, building mental toughness is a team sport, just like baseball. To do your part as a player, continue to conquer your short-term memory and build confidence by accepting failure as a part of the game so that you can perform anxiety-free. By doing this, you will not only be a better teammate but also a role model for others who are struggling with their own negative internal voice and performance anxiety.

Once you achieve that, you will be part of a team that finds success. It has been proven over time. Next time you look to take the field and find yourself dwelling on the negative thoughts of the past, stop and believe in now. Your coach, teammates, and everyone cheering for you depend on it.

For a more in-depth discussion on mental toughness in baseball, watch the interview below with former 3x All-Star and former Rookie of the Year Evan Longoria. Longoria is an open supporter of mental training in baseball and explains why it makes such a difference: