Skip to content
Catchers play an essential role on the defensive side of a baseball team. 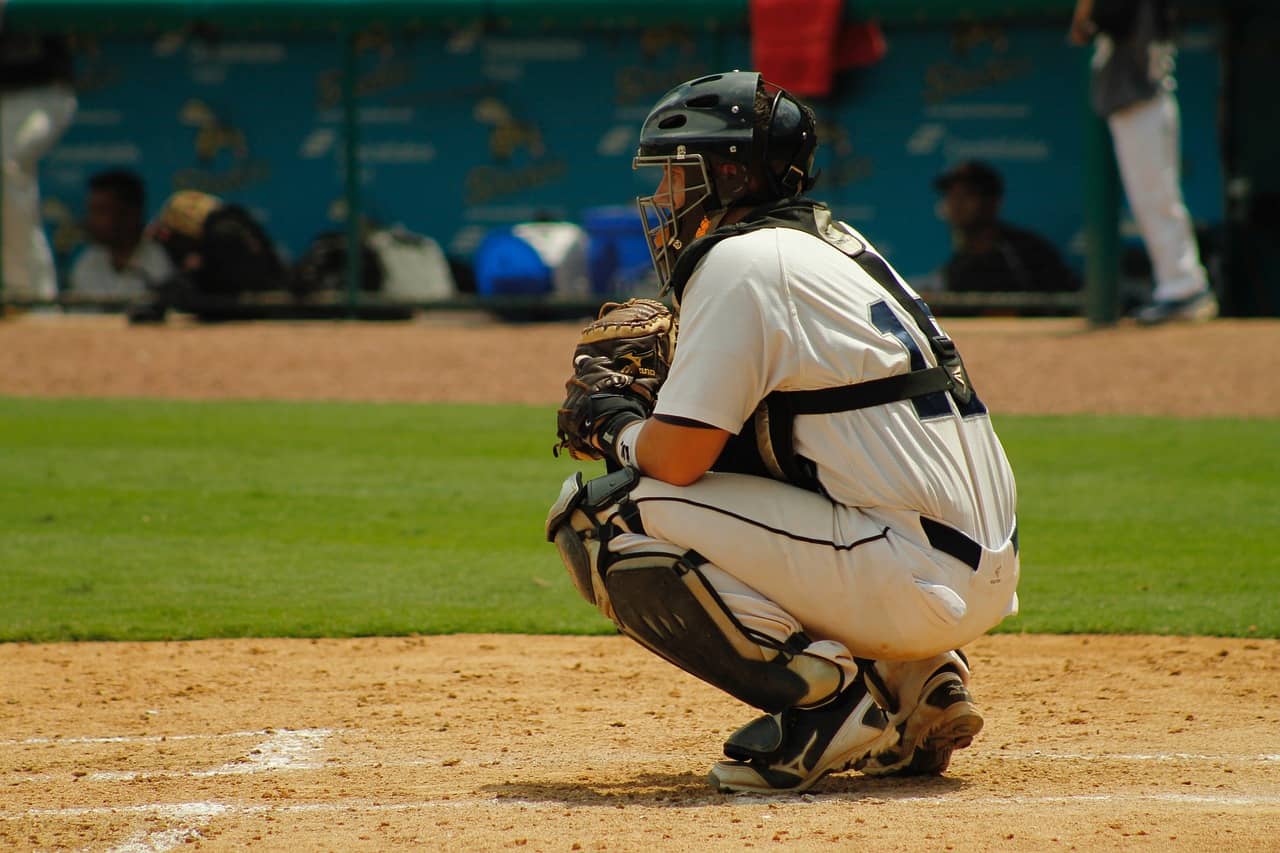 How to Play Catcher

Catcher is a position that is unlike any other in baseball. This is the only position that requires you to wear protective equipment such as knee pads, a chest protector, a face mask, and a couple more things.

The reason they wear this gear is that they are putting their body on the line to block every ball. If a ball bounces in the dirt, the catcher must let it bounce off his chest to keep the ball in front of him. Some of these balls are over 100 mph, so you can only imagine the force that comes with it.

What makes a good catcher?

A catcher that knows what pitch a particular pitcher likes to throw in a certain situation is a huge skill to have. A catcher can also call a pitch himself if he knows what works best for the guy on the mound.

Similar to the relationship between SS and 2B, the pitcher and catcher must have a constantly growing bond. A good catcher should also have a good arm. When base runners attempting to steal a base, it is the catcher’s job to throw them out.

How important is a catcher?

Catchers play an important role on the defensive side of a baseball team. Their primary role of catching the ball is similar to 1B.

However, each pitch is over 90 mph if at the professional level. More than half of the pitches, such as curve balls and sliders, are also moving. Balls thrown this fast and moving this much are unbelievably tough to catch. Thankfully, catchers are given a special glove that is bigger than a normal one.

Catchers are just as important as anyone else on the field. They are a part of every single play since they must catch all pitches thrown by their team.

The catcher is positioned at the front of the field so he can see the entire field directly in front of him. With this being said, he needs to communicate and strategize with teammates since he has the best view of the field compared to anyone else.

Is catcher hard to play?

The catcher can be a hard position to play once you first start here. This is one of the few positions directly focusing on one skill.

This skill is catching the ball. In this case, the pitcher throws the ball at extremely high speeds. With pitches at such a high speed, it can be difficult to catch pitches consistently.

It is just like any other position in the sense that it is hard when you first begin playing it. Through training and experience, you can adjust and turn any position into a natural thing.

As a catcher, constant practice is needed if you want to be successful. You can develop the other skills necessary if you can catch a ball.

What does a catcher do?

A catcher does a multitude of things in between every play.

The catcher must relay signals from the coach to the pitcher. The signals are for the type and location of pitch that they want to be thrown.

A catcher will either display signs with his fingers or use a button that alerts the pitcher. After relaying the pitch call, he must catch the pitch. If a runner tries to steal a base, the catcher has to throw to that base in hopes of recording an out.

There are also more minor responsibilities for the catcher, such as relaying signals for plays with runners on 1st and 3rd. These are more complex plays that don’t happen as often. If a base runner tries to score at home, the catcher must tag the runner while he has the ball before the runner touches home.

Most of the time, an infielder or outfielder makes a throw to home plate in these types of plays.

What skills do I need to play catcher?

Like any other position, hand-eye coordination is a big skill needed for success in baseball. This position has a more focused approach to this skill since it involves the majority of their action. As competition rises, this position becomes increasingly difficult.

Pitchers are getting better and better nowadays. With this being said, catchers have to progress at the same level as pitchers to keep the connection.

A catcher has to be an extraordinary teammate and a leader. This position is always helping out teammates by communicating with them. As said earlier, catchers have the best view of anyone on the field, which means they should constantly be communicating.

How can I practice being a catcher?

You can practice being a catcher by working on catching and blocking. You can use a teammate or a pitching machine to work on catching.

Have your teammate or machine pitch to you and try not to drop a single one. As you progress, your goal should never be to drop a pitch.

As for blocking, you can also use a teammate for this one. Have them throw balls into the dirt in front of you while wearing your catcher’s gear. Before the ball bounces, drop to your knees while using your glove to block the hole between you and the ground. You should think about making yourself a wall that nothing can pass by.

Can I play catcher without wearing gear?

No, you are never allowed to play catcher unless you wear the proper protective equipment. While this can be a hassle, it is to protect you and your body from any injury. Many things are required, such as a facemask, a chest protector, leg guards, and a few others.

Where is the catcher located?

The catcher is located behind the home plate. It is the 5-sided base located at the front of a baseball field. It is directly in front of the pitcher’s mound. The catcher is positioned a couple of feet behind home plate.

Should I play catcher?

If you are good at catching a ball, you should play catcher! You will enjoy your time here as it is different than any other one on the field. It may be annoying to wear all the equipment, but you will quickly understand why. Safety is a priority. Catching is a fun position that you should be willing to give a chance.

There is no position in baseball that is quite like the catcher. No other fielder wears equipment while playing defense. Some may see this as a hassle, and others consider it cool.

Catchers hold a special place in our hearts as they sometimes endure rough times. An inaccurate pitcher is a catcher’s worst nightmare. They have no choice but to find a way to block the pitches in the dirt.

We all respect every catcher in the game and know the toll it takes on you to play it.