Skip to content
Learn how to be a center fielder and improve your game. 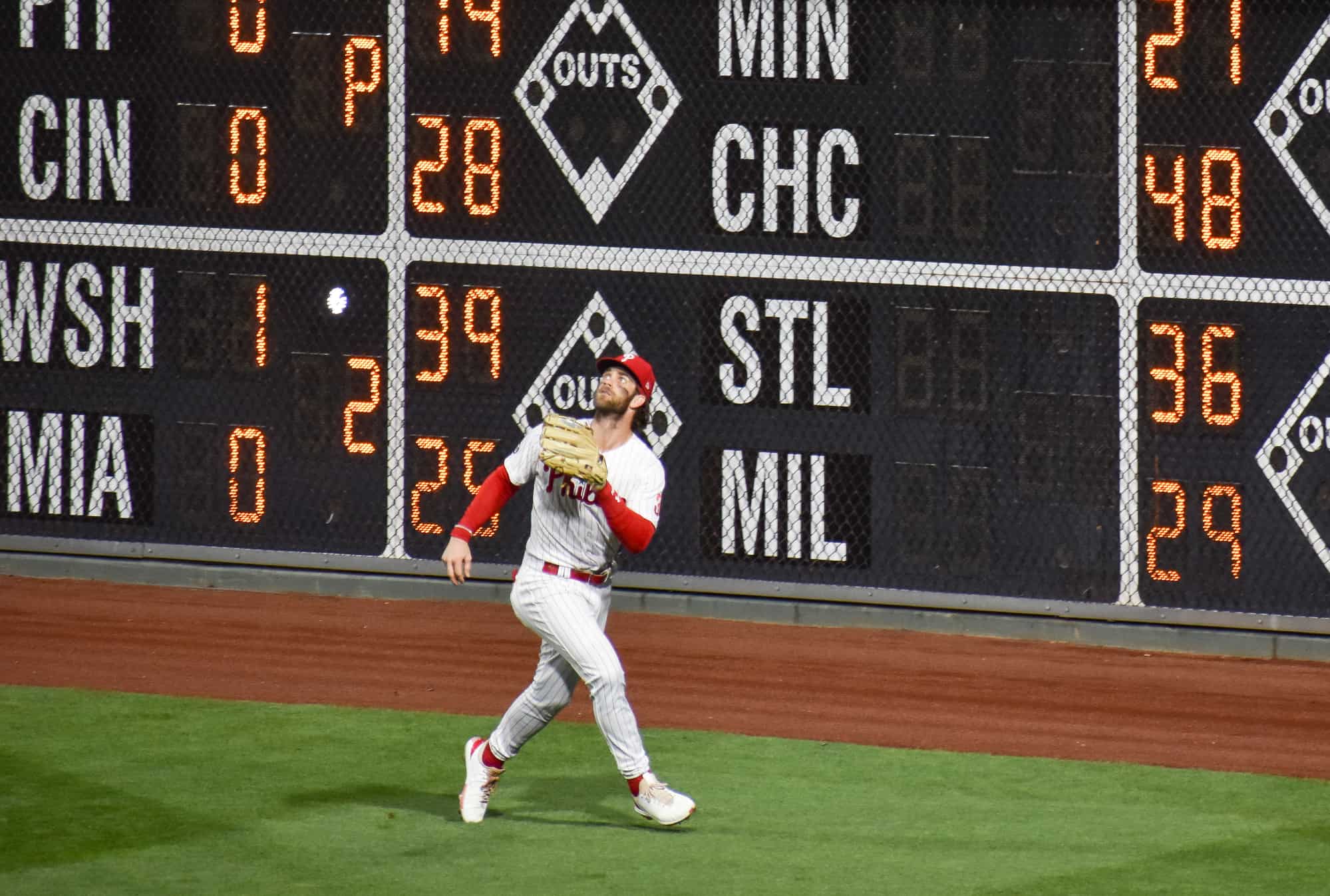 How to play center field

In a baseball game, there are nine positions that must be manned. All of these positions hold their own responsibilities and are unique from one another.

Center field is a crucial part of the defense and can make or break a baseball team. Let’s take a deeper look into the background and roles of a center fielder.

What makes a good center fielder?

A good center fielder fully understands his role on the team. There are three outfield positions, with the center being the most important. CFs (Center Fielders) have priority over the other two outfielders. When a fly ball is hit into the outfield, one of the three fielders communicates to the others that he will catch the ball. This helps avoid injuries and any miscommunication.

If the LF (Left Fielder) calls for the ball, the CF has the priority to call the LF off and make the catch himself. This is called having priority. A CF will call off another fielder when he feels he has a better angle or read on the ball. The CF, along with LF and RF, also has priority over all infielders.

How important is center field?

Center field serves as one of the most critical positions in the field, if not the most important.

The center fielder has priority over all other outfielders. Center fielders are also in the outfield’s middle, giving them the best angle on reading balls. For example, if the LF hits a ball but is having difficulty reading it, the CF can recognize the ball’s path and communicate with him to move in or back.

Center fielders are usually among the most athletic players on the field. They have extreme speed and superb reactions. An athlete of this caliber is necessary for such a crucial position. Without a CF, the outfield would be chaos, and miscommunication would be typical.

Is center field hard to play?

Center field is indeed a difficult position to play. Much is required from the typical CF, especially when compared to the other defensive positions.

While the goal of getting outs remains the same, CFs must communicate at an extraordinary rate. Communication is vital, and nothing good happens without it.

If a ball is hit between the CF and the LF, a collision or the ball being dropped is more likely to occur when there is no communication. Also, center fielders must be capable of covering a large area in a short amount of time.

As a CF, you are expected to be quick and agile. CFs have priority over all other outfielders and must take pride in this job.

What do center fielders do?

The role of a center fielder has many different parts to it. To start, a CF acts as the captain of the outfield. He has priority over the other two outfielders (LF and RF), which means he has the authority to call them off at any point. He indirectly tells them he will catch the ball by calling them off.

A center fielder has the same goal as his other eight fielders: to record outs. A CF can record an out for his team in two different ways. He can catch a fly ball when a ball is hit into the air.

In a more unlikely situation, he can field a ball hit on the ground and throw out a runner at a base. If a runner goes to third base, the CF could throw the ball to third and possibly record an out.

Lastly, the three outfielders all have an identical role of backing up all throws. For example, if a ball is thrown towards the first base, then the RF is supposed to run towards the back of the base in case of a bad throw. The RF backs up 1st base because he is closest to this bag. The same goes for the CF with 2nd and the LF with 3rd.

What skills do I need to play center field?

Multiple skills are needed to play center field, such as speed, awareness, communication, and a couple others. CFs must have the speed to be able to cover ground in a short amount of time.

Nowadays, balls are being hit harder than they ever have. In this era, CFs must be extremely fast to catch up to some of these balls. When balls are hit into the gaps of the outfield, two outfielders are running toward each other to reach the ball.

It is the CF’s job to have an awareness of his position in the outfield and how close he is to the other outfielder. His awareness is key in preventing injuries from collisions.

The same can be said when an infielder is chasing a ball on the edge of the infield and outfield. A center fielder needs to know the game as well. A CF that has a strong understanding of the rules and how the game works will surely lead to great things.

How do you practice being a center fielder?

You can practice being a center fielder by practicing on fly balls and catching them. Head out to any baseball field or grass field and bring a friend. Have them hit you some balls in the air and work on chasing them down. Make sure he tests you by hitting them to your left, right, front, and behind.

Another way to practice being a center fielder is to work on speed and agility drills. Set up some cones in a zig-zag fashion and work on cutting in and out of the cones. You can also do regular sprints at regular intervals. All of these will improve your footwork and make you a better CF.

Where is the center field located on the field?

Should I play center field?

You should play center field if, after reading this article, you feel you match the description and can handle the job. Remember, CFs carry a great deal of responsibility throughout the game. CFs are also one of the team’s most athletic and quick players. If you are quick and knowledgeable about the game, you may very well be a center fielder in the making!

The Center Fielder: Captain of the Outfield

The center fielder is the captain of the outfield. It is a crucial position that carries many responsibilities. Some of the greatest players to ever play baseball were center fielders. Center fielders have terrific relationships with their teammates and are great communicators. Are you the next great center fielder?