Skip to content
What You Need to Know Before Playing Shortstop 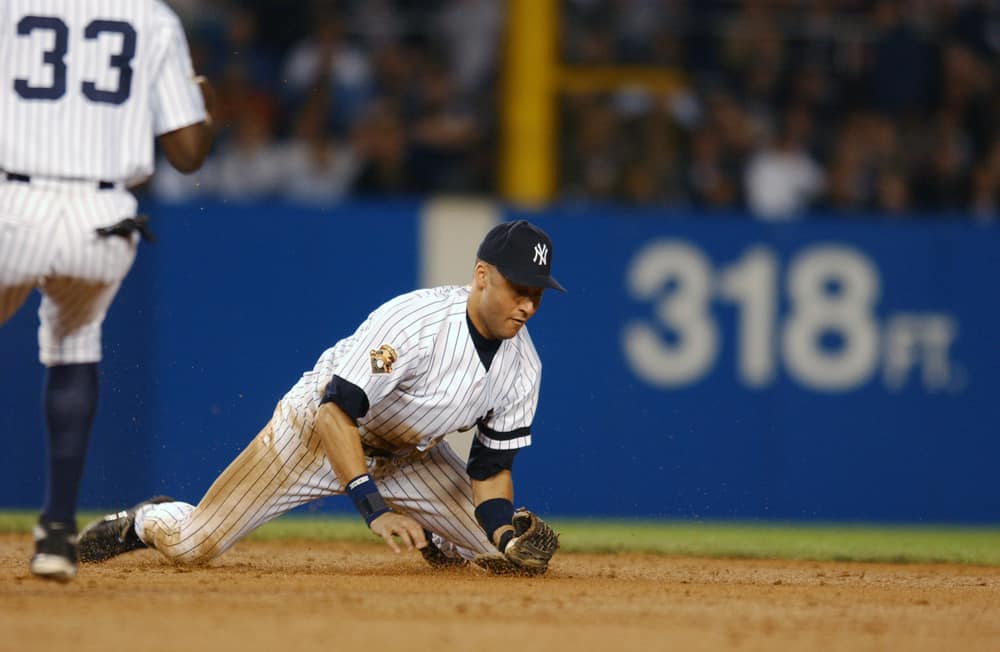 How to play shortstop

The shortstop is the main position in the infield. Usually, the player with the best range of skills is found in this position. SS (Short Stop) is located between the 3rd and 2nd bases.

According to the score sheet, this position is labeled as the number 6. Many shortstops are some of the best players ever to play this game. Most are the perfect examples of athletes.

What makes a good shortstop?

A good shortstop must be athletic and in good shape. A SS should be able to move very quickly in a lateral fashion.

A lot of balls will be hit to the left or right of them. With SS being so close to home plate, there isn’t much time to react and make the play.

With this being said, a shortstop must be able to reach balls in the holes. If you watch highlights from professional games, you will see shortstops making diving plays just about every day.

How important is shortstop?

Shortstop is an important position on the baseball field. A SS is considered the “captain of the infield.” This position is responsible for a multitude of things.

Shortstops prioritize the infield just like a center fielder does over the outfield. When I say priority, I am referring to fly balls mostly. The SS can call off another infielder to catch a ball.

However, the SS cannot call them off for no reason. He must feel that he is in a better position to make the play. The shortstop is also responsible for calling out certain plays.

For example, it is the SS’s job to relay pickoff signs to the pitcher. A pickoff is when a pitcher tries to catch a base runner off guard and get him out. He would do this by throwing to the appropriate base in hopes of the infielder tagging him out.

Is shortstop hard to play?

The shortstop has the potential to be a tough position to play. Some may be overwhelmed by the many responsibilities this position carries.

If this is your first time, SS may seem one of the most challenging positions on the field. This is because the SS must memorize all play calls and signals. These play calls could be for pickoff moves, 1st and 3rd plays, defensive shifts, or many more things.

All coaches expect great things out of their shortstops. They are incredibly athletic players and have a deep knowledge of the game. You must be aware of every possible situation and be prepared to take action.

What does a shortstop do?

A shortstop does many different things when playing defense. He is responsible for holding base runners that are on 2nd base. This is in the hope of the pitcher picking off the runner.

Before holding them on, he must relay signals to the pitcher or the catcher. By doing this, he ensures everyone is on the same page. You can almost look at a SS as a damage prevention type of guy. He has to continuously relay signals and assure everyone has the same thing in mind.

The SS is also responsible for fielding any balls hit at him or near him. Whether the ball is on the ground or in the air, he must field the ball and potentially make a throw to a base.

What skills do I need to play shortstop?

A shortstop must be quick and athletic. When I say athletic, I refer to skills such as hand-eye coordination, speed, and strength.

Hand-eye coordination is a huge part of playing shortstop. The reaction time of a SS must be lightning fast as the athlete continues to more competitive levels. Speed and quickness are necessary to be successful in this position.

With SS in the infield, you don’t have much time to react and make a play. A ball could be hit on either side of you, in front or behind you. Strength isn’t as important, but it is a beautiful way to put the cherry on top.

How do you practice being a shortstop?

You can practice being a shortstop by working on fielding groundballs. The majority of balls hit at a SS will be balls hit on the ground.

There are two different ways to practice this skill. One way would be to bring a friend to the field and have them hit you with some groundballs.

Another way to practice on them would be to find a hard wall where you can throw a tennis ball. Once you find a wall, throw the ball towards the bottom of the wall so it will roll back to you.

You may need to throw it fairly hard to imitate game-like speeds. You can field them with your bare hand since the ball is soft.

Once you get used to it, try throwing balls that roll to your left and right. This will help you in many areas, such as quickness and hand-eye coordination.

Lastly, you can work on short-distance sprints. Working short distances will improve your explosion and speed on the baseball field.

Where is the shortstop located?

Shortstop is located between the 3rd base and the 2nd base. You will find this in the infield section of the baseball field or the grass/dirt area. Typically, the player will stand towards the back edge of the dirt during a game. On the scorebooks, SS is labeled as the number 6.

Should I play shortstop?

If you are confident in your abilities, you should play shortstop. You should be able to tell pretty quickly if shortstop is meant for you. While it can be a challenging position to play, it comes naturally to some players. The first thing to know is that it will always be hard in the beginning. This is true for all nine positions on the baseball field. If you have good hand-eye coordination, the rest can be taught.

What is the hardest part about a shortstop?

The hardest part would be handling the insane exit velocities from some of the balls hit at you. Nowadays, players are hitting balls over 100 mph regularly. Shortstop isn’t far from home plate, so the ball gets to you extremely fast. This exact situation is where hand-eye coordination and reaction time come into play. These types of balls are the ones that set apart good shortstops from great shortstops.

Shortstop: The Key to Infield Success

The shortstop has been manned by some of the all-time greats throughout history. Derek Jeter and Cal Ripken Jr. are some of the few that have mastered this position.

SS is difficult to learn but can be easily handled once you get a good grip on everything. A skillset of hand-eye coordination and quickness are crucial to being successful here. No wonder they call the shortstop the “captain of the infield.”