Skip to content
The pitch that separates the boys from the men. 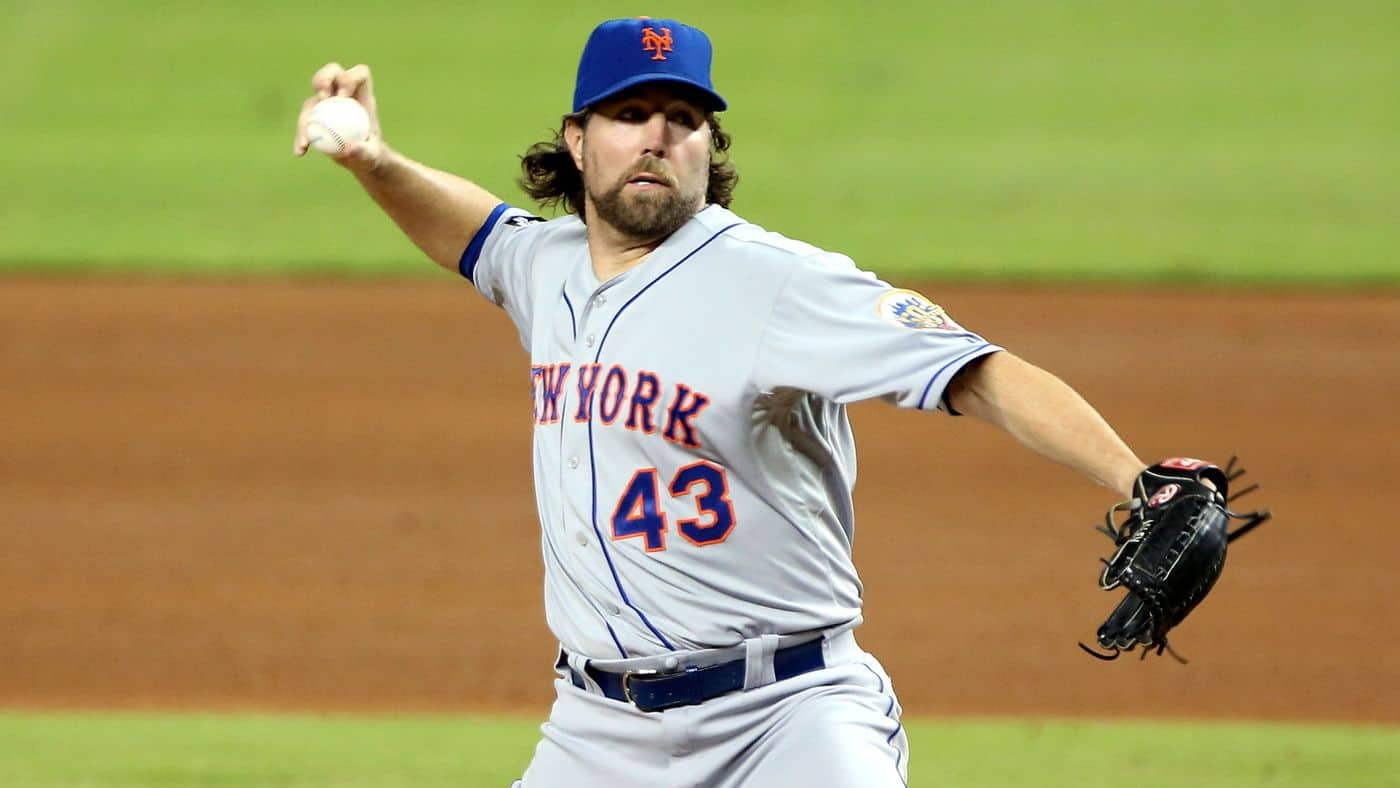 One of the most unique and perplexing pitches in all of baseball is the knuckleball. This pitch has been around for decades, but it still baffles hitters to this day. If you want to learn how to throw a knuckleball that will confuse batters, follow these tips.

What is a knuckleball pitch?

A knuckleball is considered a lost art in pitching today. While the exact origin of the knuckleball pitch is debated, the most prevalent use of the pitch was in the 20th century. Since 2000, there have only been a handful of pitchers that have used the knuckleball on a regular basis, but one of them won the Cy Young award in 2012.

The pitch has a high success rate if thrown correctly, but if not, hitters will likely hit the ball out of the park. It is a high-risk pitch with high rewards when done right.

A knuckleball pitch is an off-speed pitch thrown with the pitcher’s knuckles pressing down on the ball as it is released. The purpose of pressing the knuckles down on the ball is to eliminate as much spin on it as possible, allowing gravity and other wind factors to influence the ball and increase the difficulty of hitting it.

Why is it called a knuckleball pitch?

Throwing a knuckleball: The 4 steps

A knuckleball pitch is gripped with the ball tucked back into the hand and the thumb resting on the bottom of the ball. From there, a pitcher can throw a knuckleball with two, three, or four knuckles.

The arm angle for a knuckleball should not change compared to any other pitch. Many pitchers have a misconception that to remove spin from the pitch, they must push the baseball out of their hand instead of throwing it normally. That is not correct. The knuckleball is thrown like any other pitch except for the grip.

For a perfect knuckleball, there should be little to no spin on the ball. As a baseball spins, the air pressure around the ball changes, and the ball curves, breaks, or drops depending on the spin. But, with a knuckleball having no spin, it is much more unpredictable.

The release of the knuckleball is the most crucial step in throwing a successful pitch. When the hand comes forward to release the ball, all fingers must let go of the ball simultaneously to ensure no spin. The ball rolls off the fingertips on other pitches, creating a spin that moves the ball. For a ball to not spin at all, all fingers and the thumb must let go of the ball at the same time.

While this is a difficult pitch to master, it has been done with great success. In the video below, you will see MLB All-Star and Cy Young Award winner R.A. Dickey (while he was with the Toronto Blue Jays) describe his mechanics for the knuckleball and what made it such a successful pitch for him.

When to throw a knuckleball pitch

The knuckleball pitch is difficult to master because if you get it wrong, the ball will just be a slow, straight pitch that major league hitters will hit out of the ballpark every time. Pitchers should only throw knuckleballs when they have truly mastered the pitch. There is no recommended time to throw a knuckleball during an at-bat, but hitters known to swing early often fall victim to the knuckleball on a regular basis.

How does a knuckleball pitch move?

No one knows how a knuckleball pitch will move once it is released. The pitcher will do their best to throw it at the strike zone, but with no spin on the ball, the ball’s path is affected by wind and gravity pushing it in any direction. Because of the slow velocity of the pitch, it will drop, but the side-to-side movement of the ball confuses hitters, catchers, and even umpires.

Why is a knuckleball pitch hard to hit?

A knuckleball pitch is hard to hit because a hitter cannot predict which direction the ball will go. A knuckleball can move up and down, side-to-side, or even into the dirt if it has no spin. Hitters can see the ball well because it travels at a slow speed, but the ball can move in any direction at any time, making it so difficult to hit.

For pitchers that are returning from injury or cannot throw with the same velocity that they used to, most will decide to learn to throw a knuckleball. Many pitchers have pitched well into their 40s in the major leagues because they could save their arms by mastering the knuckleball. The pitch is considered safe for the arm and can allow a non-power pitcher to win games and strike hitters out.

In the compilation video below, you will see some of the best knuckleball pitchers of all time. As you watch, try not to laugh at the hitters’ dropping their bats, spinning around in circles, and looking completely confused by this fascinating pitch.

Who invented the knuckleball pitch?

The exact origin of the knuckleball is unknown, but most baseball historians agree that pitcher Eddie Cicotte was the first pitcher to regularly use the knuckleball. While pitching for the Chicago White Sox, Cicotte earned the name “knuckles” because of the way he gripped his pitches with his knuckles.

Who had the most famous knuckleball pitch?

Hall of Fame pitcher Phil Niekro who played from 1964-1987, is considered to have the best knuckleball pitch. The reason is that no knuckleball pitcher had the success Niekro had in the major leagues. When he retired in 1987, he had 318 wins and 3,342 strikeouts with five all-star appearances.

Why is the knuckleball pitch rarely used?

The knuckleball pitch is rarely used because the margin for error is extremely high. Because of the complicated grip and release of the baseball, the odds of not throwing it correctly increase significantly. If a pitcher throws a knuckleball incorrectly, it would be similar to a little leaguer pitching to a professional. So, because of the risk, pitchers rarely throw the pitch anymore.

While the knuckleball is not a primary part of a pitcher’s arsenal anymore, those brave few pitchers who spent the time perfecting the pitch have gone on to have great major league careers.

Now that you know how to throw a knuckleball, go out and give it a try!