Skip to content
Ready to add a new pitch to your arsenal? Here's how to throw a palmball like a pro. 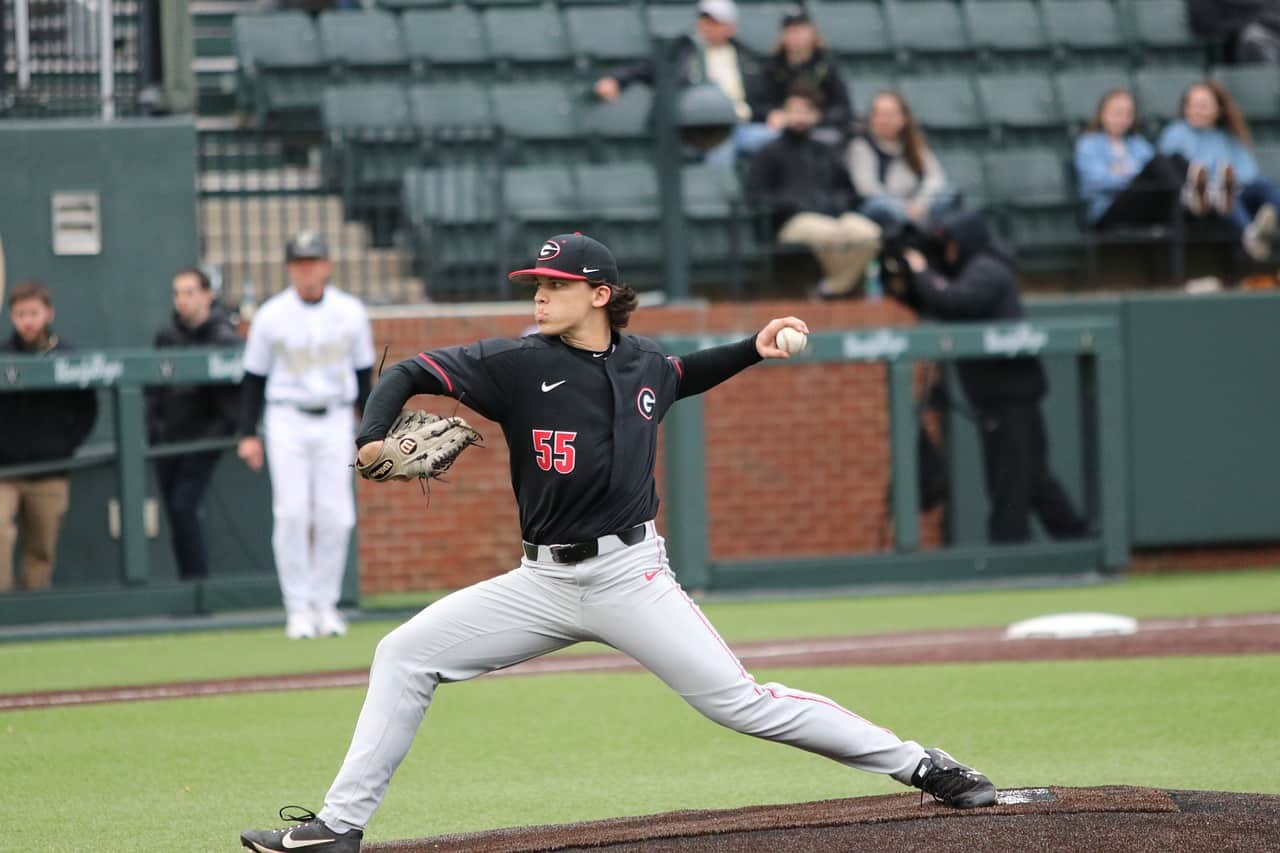 Throwing a palmball pitch can be tricky, but once you get the hang of it, it’s a great addition to your pitching arsenal. In this post, we’ll show you how to throw a palmball pitch, and give you some tips on how to make the most of this unique pitching style. Stay tuned!

What is a palmball pitch?

A palmball pitch is a variation of the changeup pitch. It is intended to look like a fastball but travels at a much slower speed.

For a regular changeup, the ball is slightly tucked back into the hand, but it is the addition of the weaker ring finger that slows down the velocity of the ball. With the palmball, because the ball is tucked into the palm of the hand, pitchers cannot throw it with the same velocity that gives it its desired effect.

Why is it called a palmball pitch?

It is called a palmball pitch because of how the pitcher grips the ball to throw it. When a pitcher sets up to throw a palmball, the ball is gripped tightly with the thumb and ring finger. This grip forces the ball into the palm of the hand.

There are several variations and grips for a changeup, and while the palmball used to be a popular pitch in the 60s and 70s, it is not used as much today.

How to throw a palmball pitch

The basic grip for the palmball starts with the thumb and ring fingers placed tightly around the center of the ball, with the ball tucked against the palm of the hand. The middle and ring fingers are then placed on the ball but with minimal pressure. The pinky finger can be on the ball or tucked into the ball’s outside edge.

The arm angle and movement for a palmball are identical for a fastball. This is to make the hitter think that a fastball is coming. Whatever the normal arm angle and windup is for a pitcher’s fastball should be the same as the palmball.

Because the hand touches more surface area of the ball than any other pitch, the spin on a palmball will be slower than a fastball. This also benefits the pitcher because, with a lower velocity and a lower spin, the ball is more likely to fall away from the strike zone toward the ground.

Like the fastball, the palmball should be released at the same point. Because a hitter is always watching what the pitcher is doing, they will guess what the pitch is simply by the way the pitcher winds up. By disguising the palmball as a fastball and releasing it the same way, the goal is to get hitters to swing too early and miss the ball.

In the video below, you will see how confusing a palmball can be for a hitter. Watch Hall of Famer Chipper Jones of the Atlanta Braves strikes out on three consecutive palmball pitches. As you watch, listen to the announcers talk about how Minnesota Twins pitcher Tony Fiore throws the pitch and how it “just floats out of his hand.”

When to throw a palmball pitch

The best time for a pitcher to use the off-speed palmball pitch is when facing an opposite-handed hitter. For example, a right-handed pitcher will throw a palmball to a left-handed hitter and keep the ball outside the plate. To make the palmball a surprise, pitchers may use it as the very first pitch in an at-bat to confuse the hitter or perhaps throw it after 2 or 3 consecutive fastballs.

How does a palmball pitch move?

A palmball pitch starts out in a straight line like a fastball, but as the ball approaches home plate, it loses speed and rotation as it moves through the air. The force of gravity combined with the slow pace of the pitch makes the ball drop from its straight path toward the ground.

Why is a palmball pitch hard to hit?

A palmball pitch is hard to hit because it throws off a hitter’s timing. Major league hitters are used to seeing and hitting pitches that are 75+ mph and higher. When pitchers can use the same body motion to pitch a palmball but release it with much less velocity, hitters will swing early and miss the pitch.

One variation of the palmball grip is to place the pinky finger on the ball with as much pressure as can be applied. The addition of that finger will slow the ball down even more and add a slight spin that will make the ball tail away from the pitching hand. For example, if a right-handed pitcher throws a palmball to a left-handed hitter, the ball falls and breaks away from the hitter making it more difficult to hit.

In the video below, you will see exactly how one pitcher used a palmball to get all the way to the MLB Hall of Fame:

Who invented the palmball pitch?

The origin of the palmball is not as clear as other pitches. For many years, the palmball was just considered a changeup and was not identified specifically by its grip. But, in the 1960s, pitchers began telling the press that their changeup was a palmball. Some of the most famous early palmball pitchers were Hall of Famers Jim Palmer of the Baltimore Orioles and Satchel Paige of the Cleveland Guardians (known then as the Cleveland Indians).

Who had the most famous palmball pitch?

Most baseball historians and experts agree that the best palmball changeup was used by Hall of Fame pitcher Trevor Hoffman, who played for the San Diego Padres. His palmball was so effective because Hoffman had a hard fastball that would set up the slower pitch.

What is the difference between a palmball and a changeup?

Technically, a palmball is a changeup, but the main difference between a palmball and a changeup is how the ball is gripped. Changeups have several grips, including the circle, the Vulcan, and the palmball. All changeups need to be disguised as fastballs to be successful, but when it comes to grip, coaches tell players to grip the ball in a way that gives them the most control over the ball.

The palmball is one of many pitches that are used to confuse hitters and keep them off balance. Having a great changeup is a characteristic of many Hall of Fame pitchers, but how they gripped it is different.

While there is no single correct way to throw a changeup, pitchers must be mindful of using the grip that gives them the most control over where the ball goes.

Now that you know how to throw a palmball, go out and give it a try!