Skip to content
Learn how to throw fastballs that rise up and out of the zone so you can strikeout more batters. 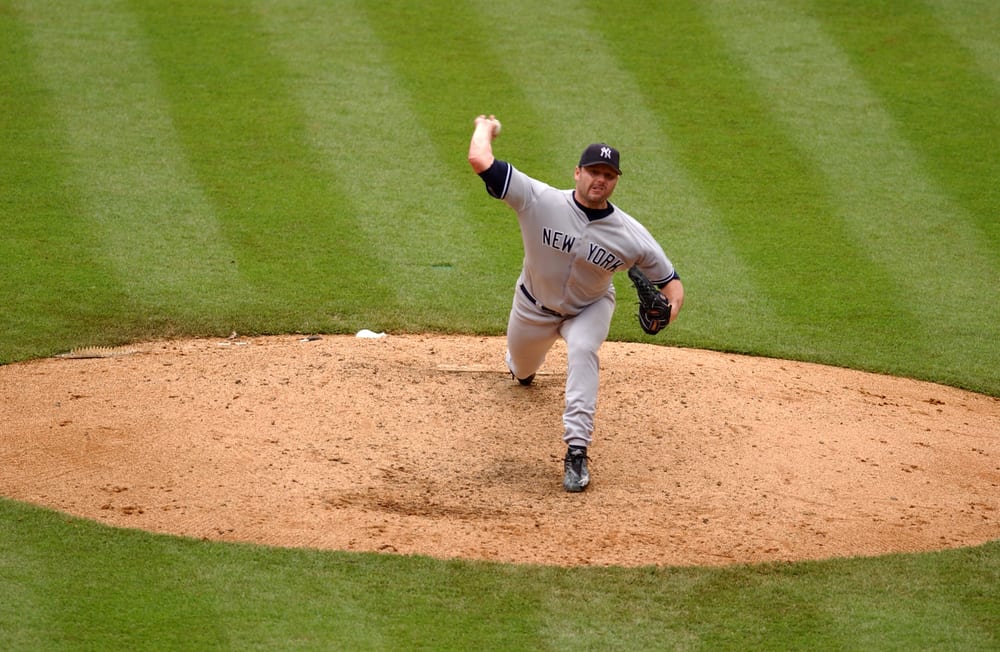 Technically, a fastball cannot rise and defy gravity unless it is thrown with significant speed and spin. According to science, for a baseball to disrupt air pressure enough to avoid the force of gravity, the ball must be thrown at 123 mph with a spin rate of 3300 rpm. While that is physically impossible, if you ask Hall of Famers like the great Hank Aaron, Tony Gwynn, and George Brett, they all believe it is possible because they claim to have seen it.

What is a rising fastball?

A rising fastball is the same as a regular fastball but with a looser grip. The purpose of the looser grip is to try and generate more spin on the ball. When the ball has significant backspin, it will appear to the hitter that it is spinning and moving upwards.

While the ball does not actually travel upwards because of the speed and spin, it will appear to hitters that the ball is rising or jumping up.

Why is it called a rising fastball?

While hitters have claimed over the last century that they have seen pitches jump, sail, or rise, baseball experts in the past also knew that fastballs could not rise. But, in the 1960s, Hall of Fame pitcher Tom Seaver (then with the New York Mets) was quoted as saying, “The good rising fastball is the best pitch.”

Seaver was a dominant pitcher who struck out many hitters with his high fastball. Because most hitters would swing under the pitch, Seaver claimed that his fastball could rise. There is no evidence that it ever did, but hitters have sworn they have seen his fastball move upwards as it traveled to home plate.

How to throw a rising fastball

To make a ball appear as if it is rising, the pitcher uses their regular 4-seam fastball grip, with the middle and index fingers crossing over the wide seams or the “horseshoe” seams of the ball. Tuck the thumb under the ball, and the ring and pinky fingers should be curved into a small circle on the outside edge of the ball.

The illusion of a rising pitch requires a significant amount of backspin. To do this, pitchers change their arm motion to an overhand style if they do not already have one. With an arm angle of 12-6, or close to it, the ball will achieve a faster spin rate and is more likely to fool the hitter.

The ball’s spin is the key to making the fastball appear as if it is indeed rising. To achieve this, pitchers move the ball away from the hand and more towards the fingertips when they grip it and loosen up the grip on the ball. By doing both these things, the spin rate on the ball will increase, which should make the hitter believe that the ball is traveling upwards.

The release point of the rising fastball should be the same as the regular fastball. Again, the ball will travel straight like a regular fastball, but the increased spin is the manipulation the pitcher looks for.

One exception to this rule is for pitchers with a submarine throwing motion, meaning they wind up and release their pitches below their waist, similar to fast-pitch softball. While pitchers with this motion are rare because of the fact that they release the ball so close to the ground, the ball will actually rise on its path to home plate.

The video below shows a current example of a rising pitch thrown from below the waist by San Francisco Giants pitcher Tyler Rogers. As you watch, remember that this throwing style is uncommon, and because of the upward delivery of the pitch, gravity does not have enough time to pull the ball downwards.

When to throw a rising fastball

Since the fastball does not actually rise, it can be thrown at any time to either right-handed or left-handed hitters. As a strategy, pitchers will set up a rising fastball with something low or below the strike zone. It is a common strategy for pitchers to change speeds, locations, or pitch heights to confuse hitters, and the appearance of a ball rising should cause the hitter to swing higher than the ball and either miss it or make weak contact on the bottom of the bat.

How does a rising fastball move?

While it sounds strange, a rising fastball moves in a straight line toward home plate and does not rise at all. While many factors can affect how a ball travels, a rising fastball is identical to a regular 4-seam fastball in the way it is gripped, thrown, and how it travels straight. It is the heavy backspin that confuses hitters into thinking the ball is spinning upwards.

Why is a rising fastball hard to hit?

A rising fastball is hard to hit because of the confusing spin put on the ball by the pitcher. Major league hitters are used to hitting straight fastballs, so for a pitcher to deceive hitters, they put a spin on the ball to make it appear as if it is moving upwards.

The hitter, who has less than one second to identify a pitch and swing at it, can see the backspin on the ball for approximately 40-50 feet before they lose sight. In that short time, the hitter must assume where to swing based on the spin, velocity, and trajectory of the ball.

The keys to a successful rising fastball are velocity and spin. As the ball travels to home plate, it is fighting the force of gravity, so the ball needs speed. Since no person has ever thrown a baseball at the required 123mph with 330rpm, no one has ever made an overhand pitch rise.

To make a pitch appear as if it’s rising, the pitcher must throw it as hard as they can with as much spin as they can. Then the pitch will give the illusion of rising and most likely get hitters out.

Who had the fastest-rising fastball?

Since fastballs do not rise, there is no fastest-thrown rising fastball. But, since 2008, pitch speeds and spin have been tracked to help determine the rpm of a baseball in flight. Based on that, the fastest 4-seam fastballs with over 2,200 rpm belong to Aroldis Chapman of the New York Yankees and Noah Syndergaard of the Philadelphia Phillies.

Does a rising fastball actually rise?

No, a rising fastball does not actually rise, but it can appear to rise if there is enough spin on the ball.

Who invented the rising fastball?

While no one agrees on when the first claims of a rising pitch began, baseball fans and historians agree that Hall of Famer pitcher Tom Seaver was the first to call his 4-seam fastball a “rising fastball.”

While it sounds like it is possible to spin a ball and make it travel upwards, the reality is that a ball that weighs about 5 ounces being thrown from 60 feet and 6 inches away cannot move upwards. It is not scientifically impossible, but for humans, it is. No person has ever thrown a baseball anywhere near 123mph, and while some pitchers are strong enough to generate 2,000+ rpm on a baseball, no one can generate the required 3,000+. That said, it is still a big debate in baseball that many Hall of Fame hitters swear they know better than science.

In any event, now that you know how to throw a riser, go out and give it a try!