Skip to content
Unlock the Secrets of Pitching: A Comprehensive Guide to Understanding the Pros and Cons of Pitching from the Stretch vs. Windup 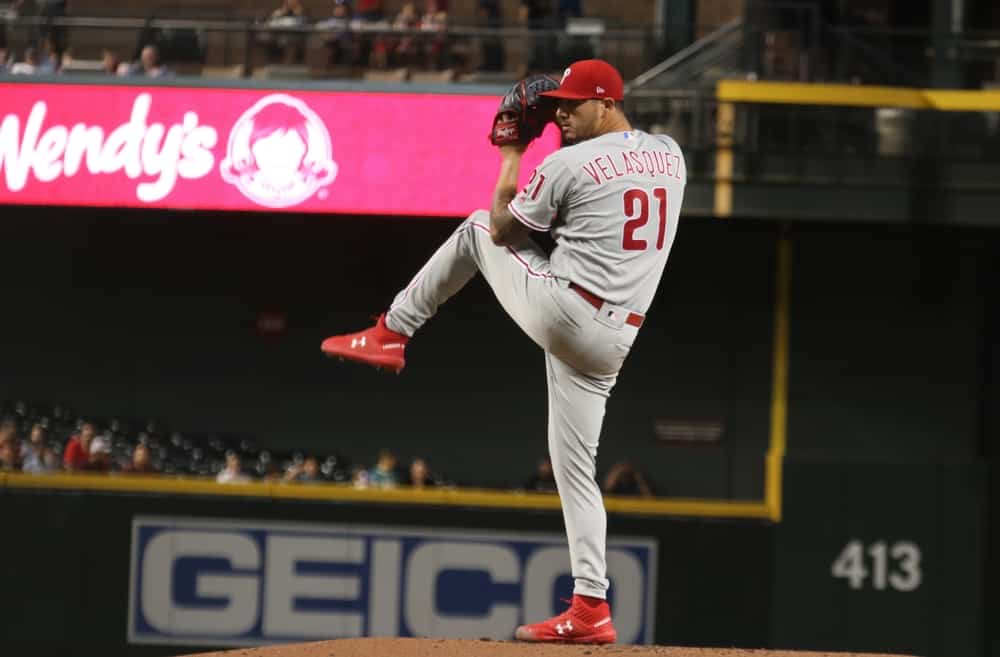 Every pitcher has their own unique pitching style. Some have wild leg kicks, some have bizarre head and eye movements, and some almost fall off the mound after every pitch. Whatever style a pitcher uses, there are still just two legal pitching motions: the windup and the stretch (also called the “set” position).

The choice falls on the pitcher, and they must decide at each moment of the game what strategy to use. Each has its benefits and shortcomings, but those pitchers who are effective at both are the ones who find the most success.

Pitching from the stretch

In the stretch or set position, a pitcher must start their pitching motion by being completely still. When this pitcher does this, they signal to the umpire and the hitter that they are ready to pitch the ball.

For the pitch to be a legal pitch from the stretch, the pitcher must have at least one foot on the pitching rubber with the toes pointed towards either first base or third base, depending on which hand the pitcher throws with. From here, the pitcher can lean or stretch forward to get a sign from the catcher.

Once that is done, the pitcher brings his glove and throwing hand together in front of his body. Once the hand is in the glove, the actual set position is complete. The required pause is called “coming to the set position,” which signals to the umpire and hitter that the pitch is on its way.

There are several advantages to pitching from the stretch. First, if runners are on base, watching them is the only way to keep them from stealing bases. The stretch allows pitchers to do that, whereas the windup does not. Also, from the set position, the pitcher can take a faster step and deliver the ball to home plate to further discourage base stealing.

Along with those benefits, there are also a few drawbacks. By pitching from a set position and not getting his full body weight into a pitch, a pitcher will lose velocity and momentum. This can be a real issue for power pitchers that need the extra movements that the windup allows.

One extra challenge not discussed is having the fans make fun of your pitching style. This is only a problem if you are a visiting player playing in Philadelphia. Watch the video below of All-Star Craig Kimbrel getting his pitching motion mocked in Philadelphia.

Pitching from the windup

Like the stretch, pitching from the windup begins with the pitcher having at least one foot on the rubber, but instead of having their toes point towards first or third base, the toes and shoulders must be pointed towards home plate.

To signal to the umpire and hitter that a pitcher is about to begin their windup, the pitcher must do one of three things: First, they can step backward towards the second base (while still facing Home Plate), they can take a step to the side of the rubber to start the windup, or they can bring their hands together in front of the body like the stretch and begin the windup that way.

One major downside to the windup motion is that pitchers should never use it with runners on base. The reason is that once a pitcher starts their delivery, baserunners are allowed to try to steal the next base.

In a windup, a pitcher takes much longer to release the ball than in the stretch, so the pitcher would give the runner a huge advantage by giving them extra time to steal the base. In the set position, pitchers can look at the runner and deliver a pitch much faster, so the catcher has a better chance at throwing out a stealing baserunner.

Aside from the slow delivery disadvantage, there are many advantages to being able to pitch from the windup. First, not having baserunners is great for a team because it allows them to just focus on getting the hitter out. Second, the windup motion allows pitchers to rock back and forth and use a leg kick to generate power and velocity that are not achievable in the stretch.

Not only that, but those pitchers trying to deceive hitters by disguising pitch grips, arm motions, and other methods have a better opportunity to do that from the windup since they do not need to worry about baserunners or any other situations.

Factors to consider when choosing a pitching style

Situational awareness is the primary factor affecting a pitcher’s decision on what motion to use. The catcher and the manager can signal to the pitcher what motion they should use for each individual hitter or situation, but most pitchers already did their homework. Other game situation variables include which or how many runners are on base, how many outs there are, or the score of the game.

Also, when planning a game strategy, pitchers will receive scouting reports on the opposite team. With this information, they can learn which hitters do not do as well with certain pitching motions, which baserunning threats there are, and how the pitcher should manage situations that are most likely to come up.

The final factor to consider is the pitcher’s strengths and weaknesses. If a pitcher has better control throwing from the stretch, they may use it the entire game. On the other hand, some pitchers may use the windup as often as they can, including when a runner is on third base if they are not worried about the runner stealing home plate.

While many debate the most effective pitching motion, most will agree that all pitchers must master both the windup and the stretch. The ability to throw hard in the windup and then throw with quickness and control from the stretch makes the pitcher more adaptable to game scenarios.

Not only that, but in addition to getting hitters out, pitchers have the added responsibility of not letting base runners advance. To do that successfully, pitchers must master both motions, where they place their feet, and know what each opposing player’s strengths and weaknesses are.

In the video below, enjoy some of the wildest and most iconic pitching windups in baseball history. As you watch, pay close attention to how each pitcher’s feet, kicks, and arm motions are all over the place.