Skip to content
The strike zone is one of the most important things to understand when it comes to playing baseball. 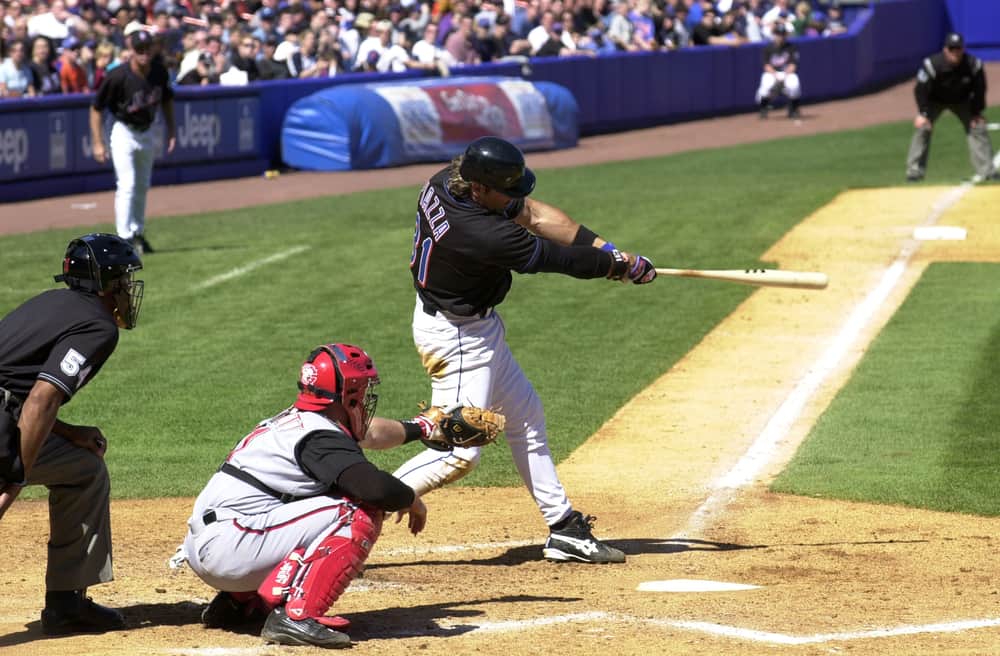 The strike zone is your target area as a pitcher. If you are a batter, it is the area that you want to protect. Anything thrown within this area is considered a “strike”. Anything thrown outside of this area is regarded as a “ball”. This zone is what your umpire uses to determine whether each pitch is a ball or a strike. If a batter swings and makes contact with a pitch, it is determined a strike. It does not matter where the location of the pitch is. Strike zones should be pretty standard in every league. You may find that umpires expand or reduce a zone depending upon the level of play.

In this blog post, we’ll take a closer look at the strike zone and what goes into determining whether or not a pitch is considered a strike.

What is the official baseball strike zone?

What’s the Point of the Strike Zone?

What is the Average Size of a Strike Zone?

Are all strike zones the same?

Why Do Some Umpires Have Different Strike Zones?

In Major League and Minor League Baseball, strike zones should be consistent. You may notice that zones may vary a bit my umpire due to perception. Some umpires may see pitches breaking back into the zone and some may miss the movement. It is safe to say that there will be an element of human error when umpires are calling balls and strikes. No umpire will get every call correctly. In fact the highest rate umpire in the Major Leagues has an accuracy rating of close to 97%.

Why is the Size of the Strike Zone Not a Universal Height?

You will notice that batters are not all the same height. This is the main reason why the strike zone is not a universal height. The strike adjusts to the size of the batter. Your pitcher will have to adjust to the different zones of the batters.

How Much of the Ball Needs to be in the Strike Zone?

Will the Strike Zone Turn to Robot Umpires

The strike zone in Major League Baseball may turn to robot umpires. Currently, there is an electronic review of umpires that displays their efficiency in real time. If you watch a game on tv then you will notice that replays will show a strike zone for a hitter and where the ball landed. MLB Commisioner, Ed Manifred, has commented that there is a system that works and there is a potential to use the electronic system in place by the 2024 season.

How Does the Strike Zone Effect the Game?

The strike zone affects the game in a number of ways. The use of a strike zone implements strategy. Depending on what type of pitcher you have, will determine what part of the strike zone will be used. For example, if your pitcher throws cutters, they will probably throw pitches heavily on the inside or outside corners of the plate. A knuckle ball pitcher may be all over the strike zone.

If you are the batter, there may be parts of the zone that you prefer. The challenge will be to wait on the pitch you want. This may involve fouling pitches off. If you are a pitcher, you will challenge the batter with pitches that you think they will have a hard time hitting. You may also move the ball around the zone to confuse the hitter.

A Brief History of the Strike Zone

The Strike Zone in Little League

The strike zone in Little League is a little different than the Big Leagues. Little League players are still learning the game. Your player may still be learning control on the mound. Or you player may still be learning discipline at the plate. There also may be a bigger gap in talent, so an umpire may expand the zone to keep the game competitive. You may also find that umpires try to encourage players to have fun and learn the game. While a consistent zone is important, keeping the game competitive may have an impact on the zone in a game.

Does the strike zone change based on height?

How high off the ground is the strike zone?

This is based on the height of the batter. The bottom of the zone starts just below kneecaps of the hitter.

How much of the ball needs to pass through the strike zone?

Only a portion of the ball needs to pass through the strike zone for a pitch to be consider a strike.