Skip to content
The tagging up rule is one of the most confusing aspects of baseball. Here's how it works 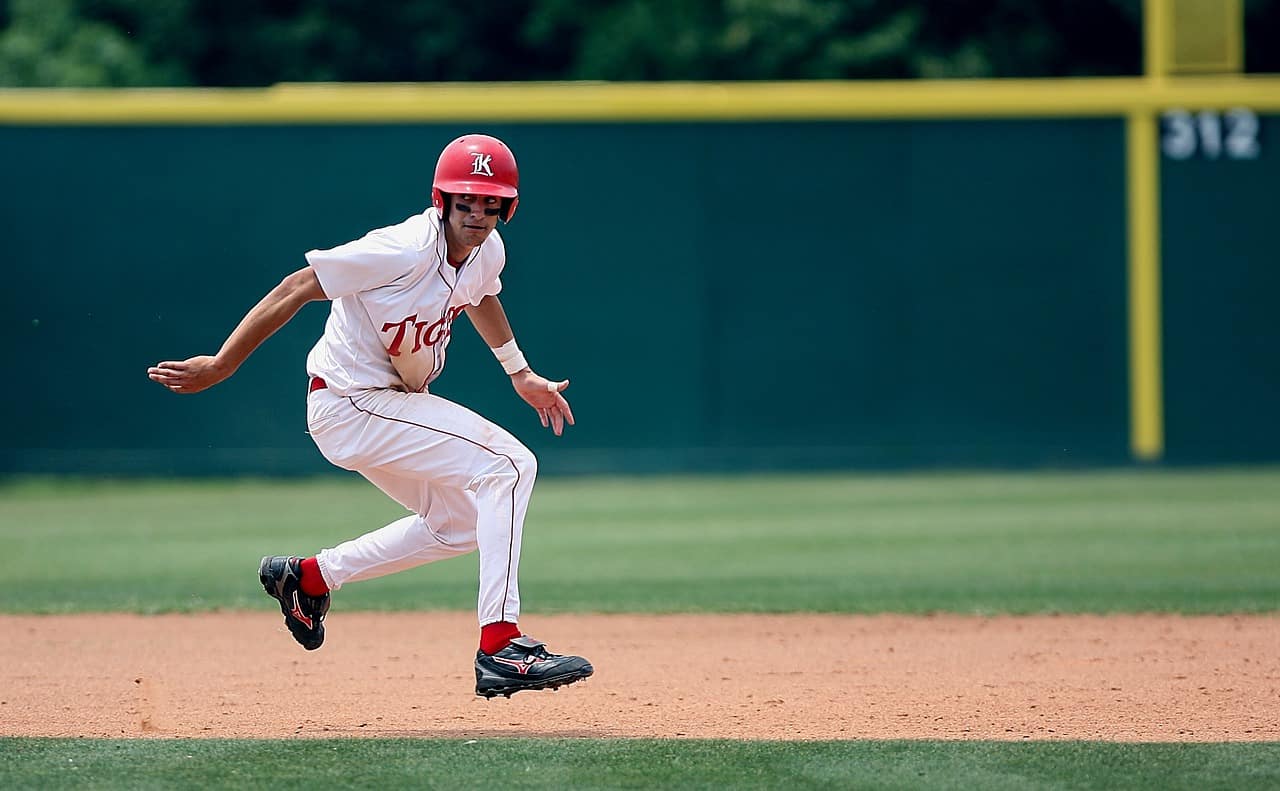 Baseball rules are relatively simple. However, there are some nuances of the rules that players young and old have a hard time remembering in the moment. Sometimes these rules can make or break a big inning for your team.

The rules for tagging up are one of those plays. It is important for your team to not only pay attention to the rule for your own benefit, but also to see if the opposing team is being as vigilant.

What Is The Tagging Up Rule?

The tagging up rule is actually pretty simple. A baserunner has to return to the base they started on and wait at that base until the fielder catches a ball hit in the air. It does not matter if the ball is in fair or foul territory.  If they do not return to the base, the runner can be tagged out or a fielder can touch the base while in possession of the ball. This play is reviewable.

Simply stated – the baserunner needs to retouch the bag after the fielder touches the ball. If they leave early and don’t return before the ball is thrown to the bag, or they get tagged, then they are considered out. There have to be less than two outs and the ball hit must be in the air.

If a new pitch/play has not been attempted, the defense can appeal to the field umpire to make a call.

Why Less Than Two Outs?

The point of the rule is to remove the advantage of the runner advancing while the ball is in the air. If there are two outs and the outfielder catches the ball, the inning is over – there’s no advantage. However, if there is only one out and the runner would have an advantage.

Without the rule, the runner could start running as soon as the ball was hit. Pop-ups could score runs whether the fielder caught the ball or not. The tag-up rule still keeps the pressure on the defensive player to catch the ball, but takes away the advantage of the runner away by making them wait until the fielder catches the ball.

Can Fielders Bobble a Ball on Purpose?

The way that the rule is written runners can advance as soon as the fielders touch the ball. This prevents a player from bobbling the ball on purpose and holding the runner to a base. So in theory the runner can advance before the ball is caught cleanly.

Why Would Runners Advance?

How Does a Runner Tag Up?

This process can be complicated when a runner is sent on a hit and run or straight steal. In these cases, a runner could find themselves reaching and passing the next base. In this play, if the runner advances during the pitch and the hitter swings, the runner is in danger of being doubled up.

The other option is that the fielder doesn’t catch the ball and the runner is simply able to advance.

When Should You Tag?

Determining when you should tag up and when you should run can be a difficult choice. There are a few factors that go into making this determination. The very first variable that you should consider is the number of outs. If there are two outs in the inning, you should never tag up.

The whole point of tagging up is to avoid being doubled up (when the fielder throws the ball to the base you started on because you left before the ball was caught). If there are two outs, the fielder ends the inning with a catch – so there is no need to tag up.

The base that you start on would also be a consideration. If you are starting on first base, you are further from scoring and therefore it may be better to go half-way between the bases in case the ball is dropped. However, if you are on third base, you will tag up in case you can make run for home plate.

The bottom line is that it can be safe to tag up, but you need to have situational awareness. Sometimes it is worth the risk and sometimes it pays to play it safe.