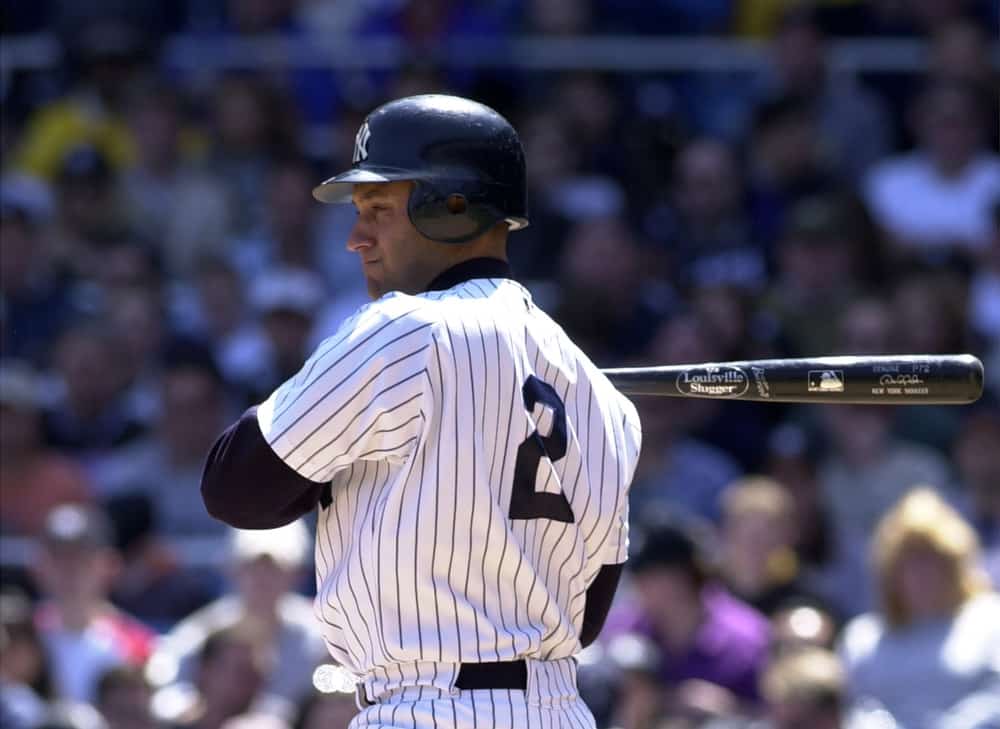 You may notice that some MLB teams don’t have any last names on the back of their jerseys. It’s a tradition that has been a part of the game for a long time. Two teams that are known for this are the New York Yankees and the Boston Red Sox. These two teams are proud of this tradition and have no plans to make any changes.

Until 1937, MLB jerseys didn’t have a number. They only had the team logo. The times have changed a little bit.

History of teams without names on jerseys

The organization has always said to be proud of this. By doing this, they preach the message of “team over player.” It is definitely a good message to be sending. This is especially true in baseball, as it takes nine players to win a game.

One interesting reason why teams didn’t have names on jerseys in the earlier years of the game was to create revenue. By not including names, they could create programs or guides that detailed each player on the team. The team would make money by selling these programs at every game.

Reasons for not wearing names on jerseys

The purpose of not having names on jerseys is to eliminate the player-first mentality. Organizations like the New York Yankees have continuously encouraged a team-first mentality. It has paid off as the Yankees lead Major League Baseball with 27 World Series Championships to their name.

While jersey sales are popular, fans are only buying a team jersey with a number on it. Some teams see the principle of a player making money off of his name as dangerous. This can lead to egos and just an overall toxic culture for a team. Organizations want to avoid having anyone outside of the team’s focus. Everyone should be all in for the team.

Another reason some teams adopted this trend was to create a unique look for their team. The Red Sox and Yankees are known as two of the home teams that will never have names on their jerseys. This separates them from the field and shows their dedication to a strong team culture.

Benefits of not having names on jerseys

Many benefits can be earned by not including names on your team’s jerseys. Doing this immediately instills the expectation of a team-first approach and mentality. You let your players know what you expect right out of the gate. They are playing for the name on the front of the jersey.

It can also create a stronger team bond by making everyone equal. A successful team sees itself as one instead of as individual players. Teams like the Red Sox and the Yankees have also created a more professional and businesslike appearance for their team. A team with no names shows they are bought in and are ready to take care of business.

Criticisms of not having names on jerseys

On the flip side, players can sometimes shy away from teams that follow this trend. Some players see no names on jerseys as a disrespectful move by the organization. MLB players have had a long journey and earned their way to the Major Leagues. The argument from most players that don’t support this is their desire to be recognized for their hard work and achievements. Teams can miss out on players who disagree with not having names on jerseys.

Fans can also be confused as to which player is who. Jersey sales may dip since fans can’t directly support their favorite player. For example, NBA fans can wear the name of their favorite player on their back. Yankees fans have never been able to do this. However, the game isn’t about the fans. It is about the teams and the players.

Did the Yankees ever have names on their jerseys?

No, there has never been an official Yankees jersey created with a name on the back. The only exception is the jerseys created for MLB Player’s Weekend.

Why do the Yankees not have names on their uniforms?

They have many different reasons to support their reasoning. However, their main point is to advocate for a team-first mentality instead of a player-first one.

How many MLB teams don’t have names on the back?

It is tough to keep a team-first mentality in today’s game, but teams like the Yankees, Dodgers, Red Sox and Giants have remained steady in their efforts. The Yankees have been without names for their entire franchise history and have proven their constant push for a winning atmosphere through a team effort.

Baseball is the complete opposite of an individual sport.