Skip to content
Understanding the Double Switch Strategy in Baseball 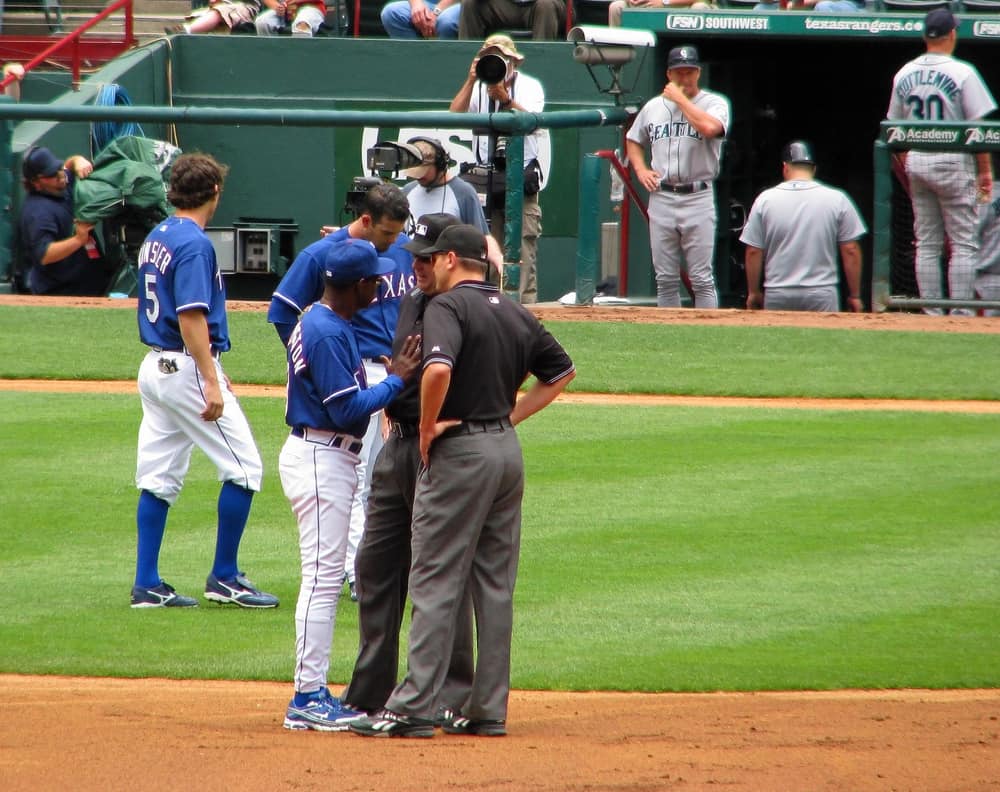 Are you a fan of baseball and always curious about the lingo and strategies used by coaches and players on the field? If so, you may have heard the term “double switch” thrown around during games. But what exactly does it mean in the context of baseball?

In this blog post, we’ll dive into the ins and outs of the double switch strategy and how it can be used to a team’s advantage during a game. Whether you’re a seasoned baseball pro or just starting to learn the ropes, this is a tactic that’s worth understanding. So without further ado, let’s get started!

Learning the double switch in baseball may feel like trying to follow along with Abbott and Costello’s famous “Who’s on First?” Managers have used the double switch since it was first documented in the 1962 World Series. Some historians claim maybe even before that.

The main purpose of a double switch is to move around the batting order to avoid pitchers having to hit. Why is that? Simple: the median batting average for pitchers in 2021 was .103.

What is a double switch in baseball?

The double switch in baseball is a strategy used by managers during a game to move the relief pitcher to a place in the batting order where they are less likely to have to bat. It is a strategy that was used frequently in the National League. The reason it was only in the National League is that, for years, there was no designated hitter. So, executing the double switch ensures the pitchers have fewer at-bats.

How does a double switch work?

The term “double switch” refers to two different kinds of substitutions happening at the same time. First, the manager makes a pitching change, and the starter, or reliever, is replaced with a defensive player. Next, a defensive player in the field is substituted for a relief pitcher.

However, these substitutions are immediately switched once they enter the game. The relief pitcher will change places with the defensive player who was substituted for the previous pitcher. When this happens, the new pitcher and new defensive player will also swap positions in the lineup.

This move is intended to help the team’s offense. For example, if the last person to make an out in the previous inning is substituted during a double switch, and a new pitcher enters the game, the pitcher takes that spot in the batting order and will have eight hitters in front of them, reducing the likelihood that they must bat.

If any of that sounds confusing, watch the video below of a double switch between the Mets and Astros during a regular-season game. Even the Astros players were not sure what was going on.

Why do double switches occur?

The most common reason managers will make a double switch is to prevent a pitcher from having to come up to bat in the following inning. Based on the current game situation, the manager must decide whether it is more valuable to have a better hitter in the lineup next inning or to keep an effective pitcher.

If the pitcher is being replaced for performance or fatigue, some managers will make a double switch anyway. When this happens, it is usually toward the end of the game, making it even less likely that a pitcher will have to go up to bat.

What is an example of a baseball double switch?

The following is an example of what a double switch looks like in a game:

How does the DH affect the double switch?

How is the double switch different from a traditional substitution?

What is the benefit of a double switch in baseball?

The main benefit of a double switch is being able to modify where the pitcher bats in the lineup if there is no designated hitter. Every at-bat becomes critical if a game is close at the end. Because pitchers are traditionally and statistically bad hitters, managers will try to avoid them having to hit by executing a double switch.

What makes the double switch difficult for managers to implement?

There are a few reasons it can be difficult for a manager to decide to implement a double switch. The first main issue is that the defensive player coming off the field is out for the rest of the game and cannot return. If this is a valuable defender, then it could put the team at a disadvantage.

Second, if a team’s best hitter is in the position in the lineup that the relief pitcher will be taking over, then having to switch out a player like that could also be a risky move. In either case, the number of available bench players for the game is impacted, which could be dangerous if the game goes to extra innings.

If that was not enough, the opposing team also closely monitors double switches. In the video below, watch Los Angeles Dodgers manager Dave Roberts argue about a double switch attempted by the Minnesota Twins.

Can you double-switch a DH (designated hitter)?

In a game of strategy and superstition, managers must try to find the upper hand in every single aspect of the game. They want their best possible pitcher in at the right times and the best possible hitter at bat every single inning. Nowhere in the strategy (or history) books does it say that relying on a pitcher to hit in a critical game situation is a best practice.

So, to pull off the strategy of always having the best possible pitching and hitting matchups for their team, managers developed and employed the double switch for decades. With the current MLB rules regarding the DF changing in 2023, the double switch may become a thing of the past. But no one can deny that when executed correctly, it is a brilliant strategic move.