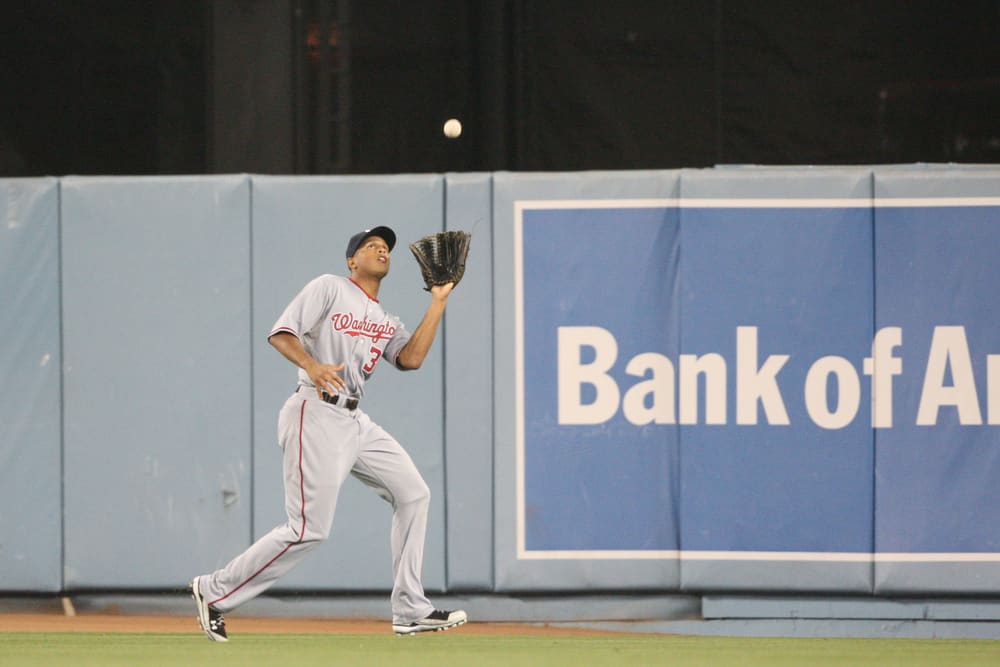 If you’ve ever been to a baseball game, there’s a good chance you’ve heard the phrase “can of corn” at some point. This phrase is another slang term that is commonly used in baseball. A can of corn represents an easy out for the defense. It is a good thing for the defense and the complete opposite for the offense. An easy out means that the defense has almost a 100% chance of getting the out.

The origins of the term “can of corn”

The term “can of corn” has a rather intriguing origin. According to the MLB Glossary, this term dates all the way back to the 19th century. Workers at stores would use sticks or other mechanisms to reach food (like cans of corn) that were too high to reach. The food would fall from the shelves and be an easy catch for the worker.

Through the mid-to-late 1900s, players and fans gradually introduced this term to baseball. Announcers started using them over the radio, and the rest is history. One example includes the great Phil Rizzuto, who was a key component in introducing this term to the baseball world. The trend definitely stuck, as the term is still commonly used in today’s game.

The definition of a “can of corn”

A simple way of defining “can of corn” is to say it is an easy catch. A fly ball that is hit softly into the air is usually considered a “can of corn.” This is because the ball is much easier to catch than a normal fly ball. Some players use this term jokingly to get in the other team’s head. Either way, a can of corn is a ball that is hit near or directly at a fielder that should be easily caught.

Both of these types of fly balls will never be considered a can of corn. Any ball that is difficult to catch or get to does not fall under the category of this term.

Examples of “can of corn” catches

Since a can of corn is not any kind of special catch, there’s not much recognition given to these plays. All of these catches are ones that an MLB player should make 100% of the time.

A can of corn is one of the easiest outs you can get in baseball. Now, you may go back in time and find a few trick catches by outfielders on a can of corn catches. However, these rarely happen, as the simple catch must not be overdone.

For the defense, the importance of a can of corn catch is crucial to their success. A can of corn is a routine play that must be made if you want to win the game. The team that doesn’t execute these simple plays usually loses the game.

It is understandable not to be able to make an out on the more difficult plays. Fly balls that are hit hard and far will be immensely harder to catch. Any catch of these types of balls is considered spectacular. But when it comes down to the can of corn, the defense must make this play every time. You never want to give up easy outs in baseball.

The role of a “can of corn” in baseball strategy

Baseball players are now hitting balls with exit velocities over 110 miles per hour. You can only imagine how hard it is to catch a ball that is hit that hard.

A can of corn may only be hit 60 miles per hour straight up into the air. For a baseball player, this is the easiest play that will have to make during any game. It is certainly something you want to maintain your focus on. Plays like this can have a huge impact on the outcome of a baseball game.

If the defense fails to take advantage of easy catches like a can of corn, they commit errors and fail to get an out. These failed outs turn into base runners and ultimately turn into runs.

A can of corn can make or break a game for your team. If you can execute and get the easy out, you put your team in a great position to be successful.

Why do baseball players say, “can of corn”?

“Can of corn” has been a part of baseball for over 100 years. It is a slang term to represent an easy out for the defense. A weak fly ball is the perfect description of a “can of corn.”

What does it take for one to field a “can of corn”?

It doesn’t take much for a fielder to catch a “can of corn.” All they really need is their glove and to keep their eye on the ball. A “can of corn” is a simple catch that doesn’t need extra focus to make.

Who coined the phrase “can of corn”?

The term comes from store clerks using tools to drop canned foods down to catch them. There is not one person who is considered the creator of this term.

“Can of corn” is a slang term used in baseball. The term is most frequently used by announcers on radio and television and by players in the game. A can of corn means the defense has an easy catch from the batted ball. It is a good thing for the defense if they are able to execute it. The origins of this term go all the way back to the 1900s in grocery stores. The year is now 2023, and we still use this term daily in baseball.