Skip to content
Discover the unsung hero of the infield: The cut-off man and their crucial role in baseball's defensive strategy 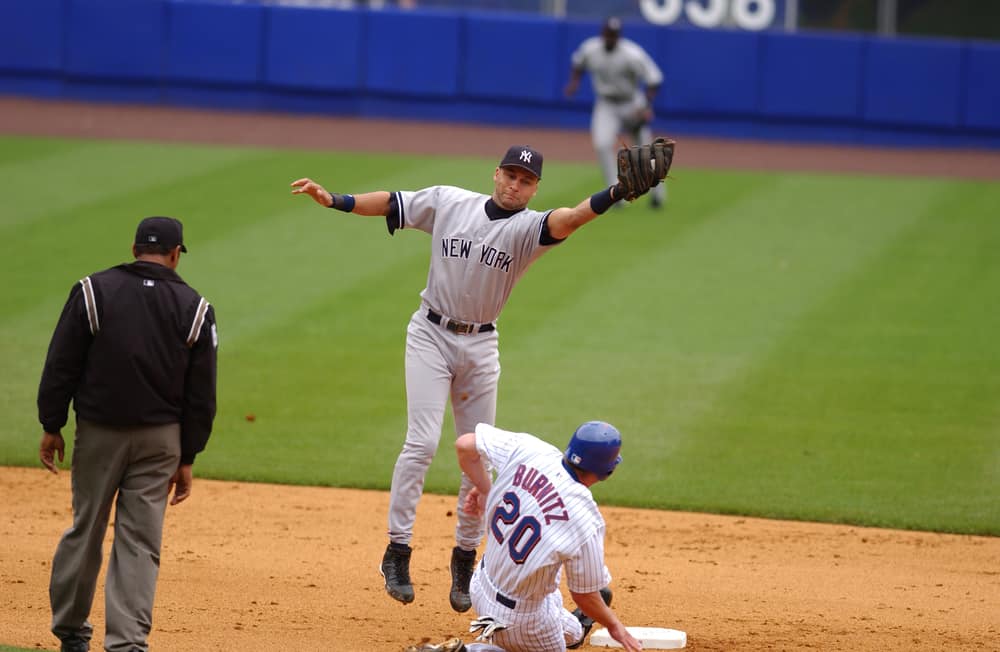 The outfield is a long way from the four bases of baseball. It is a long throw for any outfielder, especially if they are near the outfield wall. To account for this, a cut-off man was created.

When an outfielder has to make a long throw, an infielder will stand in the line of the throw and cut the ball off. He will catch the throw and then turn to make the throw to the base. This shortens the throw for both players while also lowering the amount of time it takes the ball to get to the base. The cut-off man is decided by which side of the field the ball is hit. The infielders will then communicate who is going to cut off the ball.

What is a cut-off man?

A cut-off man is there to help out the outfielders. His job is to relay the throw from the outfield. The outfield is a big area that spans most of the field. If a ball is hit to the wall, an outfielder stands no chance of throwing a ball directly at a base. He will need a cut-off man to complete the play efficiently.

While there are now two throws instead of one, the play will be much quicker and smoother. The role of a cut-off man is to catch the ball and make a throw to a base. He is supposed to line up his body with the outfielder and the base he will be throwing to.

In addition, his goal is to create a straight line from the outfielder to him to the base. The cut-off man must be quick in getting the ball out of his glove and into his hand to throw. He must be quick since the baserunner runs full speed towards the base.

Responsibilities of a cut-off man

The cut-off man is not going to be the same person every time. It is dependent on the placement of the ball.

Once decided, the cut-off will run out towards the outfield. He must then line up his body with the outfielder and the base he will be throwing to. He must be quick when he receives the ball. The ball should be in his possession for the shortest amount of time possible. As the throw approaches, he should go ahead and start moving his body toward the base to create momentum.

Another key for the cut-off man is to catch the ball on his glove side. This makes things easier and much quicker than reaching across your body to catch the ball. If the ball is thrown on the wrong side, quickly shuffle your feet until the throw is coming to your glove side.

Lastly, the cut-off man’s throw must be as accurate as possible. A throw that is off-target ruins the whole play and does not lead to an out for his team.

The importance of the cut-off man

A cut-off man is put in place to speed things up for his defense. A throw from the deep part of the outfield would take way too long to reach its destination. He is placed in the middle of this throw to make things more efficient.

Criteria for being a good cut-off man

In terms of quickness, the cut-off man has to position his body based on the throw from the outfielder. It is crucial to catch the ball on his glove side. If the throw is inaccurate, he must quickly adjust his body to catch the ball in an efficient position. He must also be quick in transferring the ball from his glove to his hand and then making the throw.

In certain situations, the shortstop and second baseman will have to communicate at the moment to decide who is the cut-off man. It takes excellent communication and a strong relationship between the two to do something so quickly.

The cut-off man will be waiting on the throw from the outfielder with his back turned to the play. He must listen to his teammates, who will yell at him to tell them which base he needs to throw to. He will hear the base and immediately adjust his body positioning to line up with that bag.

The cut-off man is put into play to help out the outfielders. Their job is to relay throws and make them shorter for the outfielder. It is much more challenging to throw a ball 200 feet than 100 feet. Which throw is more successful and accurate? A 200-foot throw or a 100-foot throw?

The cut-off man will be a quick and accurate player who receives the throw and makes another throw to a base. He plays a huge role in his team’s success on defense. Sometimes he may even decide the outcome of the game since his role is so important. Every good team has a good cut-off man.