Skip to content
Uncovering the Basics: Understanding the Role of Flyouts in Baseball 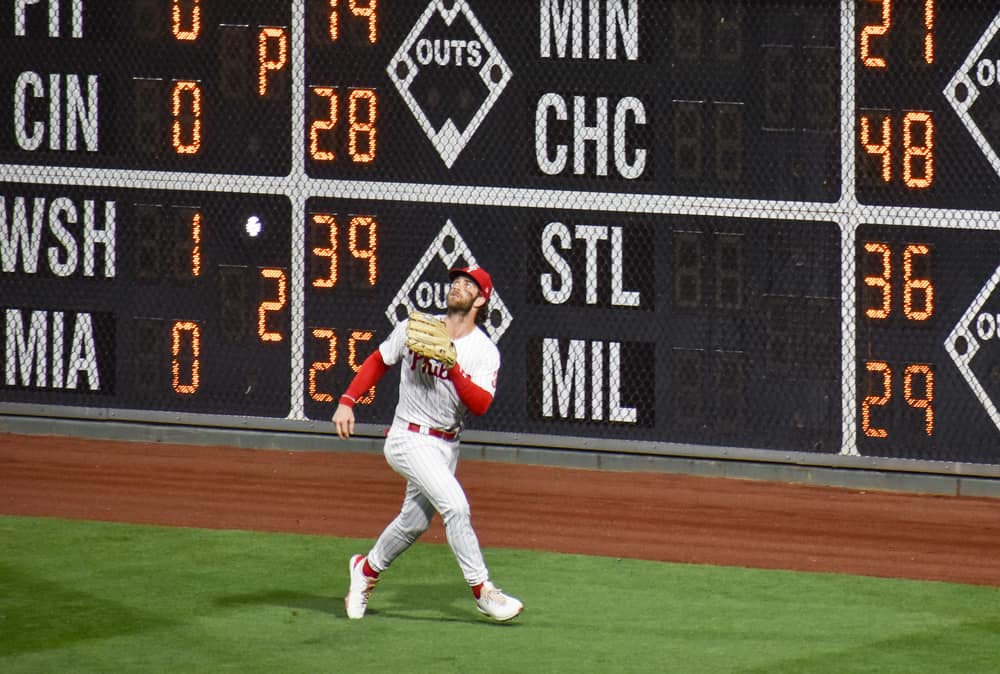 Are you a baseball fan wondering what a flyout is? Look no further! In baseball, a flyout occurs when a batter hits a ball high into the air, and a member of the opposing team catches it before it hits the ground. In this blog post, we’ll delve into the details of a flyout and how it impacts the game of baseball. Whether you’re a seasoned fan or a newcomer to the sport, you’ll learn something new about the art of the flyout. So read on to find out more!

A flyout can only occur when the ball is hit into the air. If the ball is caught before touching the ground, it will be ruled a flyout.

A ball that is hit on the ground has the possibility of being a groundout but never a flyout. It is up to the umpire to make this ruling. A ball can also be caught in the air in foul territory and be ruled a flyout or foul out.

What is a flyout?

A flyout is done when a batter hits the ball in the air. Once the ball is in the air, a fielder must catch it before it touches the ground. If he successfully does so, the result of the play is considered a flyout.

A flyout can happen at any part of the field. A ball caught in the air in foul territory and a ball in fair territory are still flyouts. A ball that touches the ground after being hit eliminates any chance of a flyout resulting from the play.

The only exception is for a ball hit hard and on a line. A line drive caught in the air is ruled a line out. This is mostly to credit the batter for a stronger hit in comparison to a flyout.

What type of pitch causes a flyout?

There is no specific pitch that has the purpose of causing a flyout. However, the pitch location is more involved in the type of ball that is hit.

For example, a high and upward fastball in the strike zone is harder to reach than a low pitch. A batter will usually not be able to get his bat on an efficient path with a high pitch. By doing so, the batter will “get under” the ball, which leads to him hitting the ball straight up in the air.

You don’t see many flyouts on low pitches. A pitcher will throw a low pitch if he is looking to get a ground ball. If he needs a flyout, he will attack the upper portion of the strike zone. The location of a pitch is more indicative of the batter’s result than the type of pitch.

What is the difference between a popout and a flyout in baseball?

A pop out and a flyout are very similar. However, there are some slight technical differences between the two. A pop out is usually a weaker ball that doesn’t go very far. For example, a ball hit into the air that an infielder catches will be considered a pop out. A ball that is hit stronger and deeper will be ruled a flyout.

A simple rule to go by is that any hit to an infielder is a pop out, while any ball to an outfielder is a flyout. If a ball is hit on the edge of the infield or outfield, the ruling will be up to the scorekeeper. There isn’t much meaning in the decision to rule it one way or the other. They are both batted balls that resulted in an out.

What is the difference between a line out and a flyout in baseball?

A line out occurs when a batter hits the ball strongly and stays in the air and on a line. A flyout happens when the ball is hit high into the air and is caught.

Both flyouts and pop outs have some similarities. For example, the fielder must catch the ball in the air for either a line out or fly out to happen. Also, both of these types of outs are from balls hit in the air. If the ball touches the ground at any point, the possibility of a flyout, line out, or pop out is eliminated.

Line outs are usually balls that are hit extremely hard. Some of these line outs can be over 100 mph in speed. A flyout will be high in the air and usually out into the outfield.

Can you score on a flyout?

Yes, it is legal to score on a flyout if specific rules are followed during the process.

If there is a runner on third, a flyout can lead to the runner scoring. The runner must have one foot on the bag until after the ball has been caught. Once it’s caught, the runner can take off for home to attempt to score.

When an infielder hits a ball, the umpire can rule it an infield fly. There are a couple of things that must be true for this to happen, such as more than one runner is on base.

Can you steal a base on a flyout?

Why is an infield fly an out?

An infield fly is an immediate out for the batter once it has been called. It doesn’t matter if the ball is even dropped. This rule was put into place to protect the base runners. Before this rule, an infielder could drop the ball on purpose and quickly throw the ball to a base to attempt a double play.

What is a flyout popup?

For a pitcher, a flyout is a great thing since it is an out and stops runners from advancing. On the other hand, you hate to see flyouts as a batter. It can be extremely frustrating when you hit a ball straight up into the air.

Flyouts are divided into sub-categories such as line outs and pop outs. A line out is a ball hit on a straight trajectory that is caught. A pop out will be in the infield or maybe even on the edge of the outfield or infield.