Skip to content
The grand slam is one of the most exciting plays in baseball. But what is it, and how does it work? 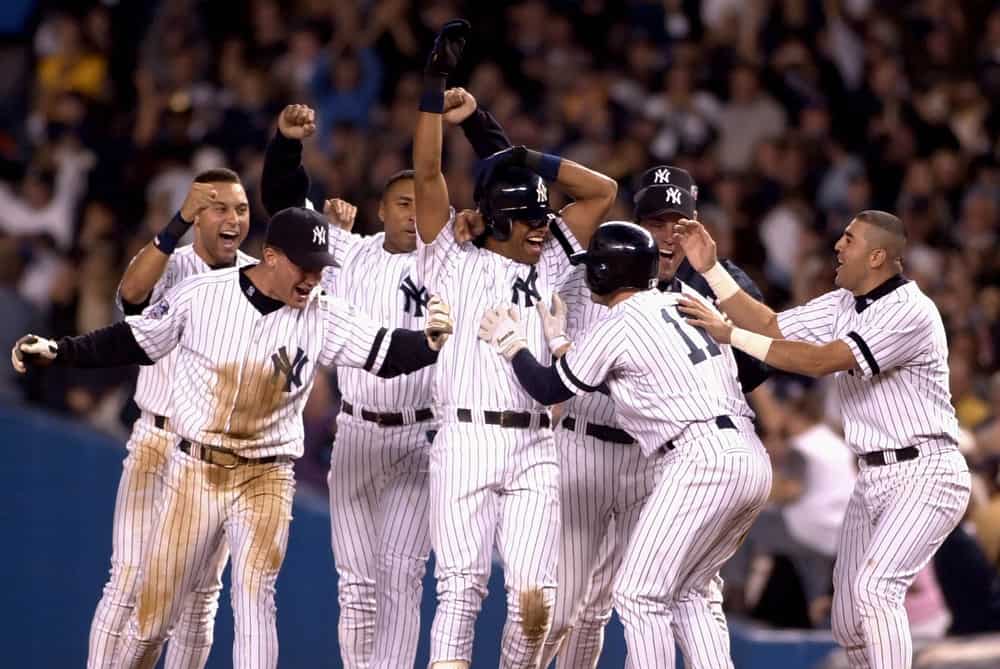 You’ve probably heard the term “grand slam” in baseball before, but do you know what it actually means? A grand slam is when a player hits a home run with the bases loaded. It’s the most exciting play in baseball, and it can result in a lot of runs for your team. Want to learn more? Read on!

How does a grand slam work in baseball?

A grand slam is a play that results in the offensive team scoring four runs on one play. There must be base runners at all three bases, which include first base, second base, and third base. Another term for having runners on all bases is “bases loaded.” Once the bases are loaded, the hitter must hit a home run.

Now, a home run is typically when a batter hits the ball into the stands and over the outfield wall. However, an inside-the-park home run is possible as well. This is when a batter scores at home plate from the ball he puts into play. This could happen for several reasons, with the majority being an error by the outfielder.

Where does the term “grand slam” come from?

The term “grand slam” originates from a card game in the late 1800s. A card game called ‘bridge’ used the term grand slam to describe a player winning all possible hands or tricks.

The term is a figurative way of showing complete success. In baseball, a grand slam is the definition of success for the team on offense. The term was introduced to baseball in the early to mid-1900s.

While grand slam is the official term for this type of play, a couple of slang terms are used in today’s era to describe this play. One of the more popular slang terms is “grand salami.” This term is mostly used in the northern region of the United States. The fans and announcers described Babe Ruth’s home runs as “grand salamis.”

Moreover, the abbreviated term for a grand slam is GRSL. Other slang terms used include “slam” and “grand home run.”

What’s the difference between a grand slam and a home run?

Both are great plays for the offensive team, as each puts them in a good position to succeed. The only difference is the number of runs scored. If you score four runs off a home run, that is considered a grand slam, as you can tell from the term.

How rare is a major league baseball grand slam?

A grand slam does not happen as often as you think, even at the professional level. While the rarest play in baseball is the triple play, a grand slam is still a relatively rare occurrence in the MLB. Over the past 25 years, only 2% of home runs have been grand slams. This number may be slightly inflated with the increasing number of home runs in today’s era.

However, the consistency of the lack of grand slams is still relevant. When taking a more in-depth look at the frequency, there is a grand slam hit in about every 15-20 games in an MLB season. You can expect there to be a 1,000-2,000 at-bat gap between each grand slam. You are lucky to witness a grand slam live on television or in person. It is truly a sight to see.

Why is a grand slam so special?

Since there must be three runners on base, a grand slam scores the maximum number of runs possible in one play. A grand slam scores four runs for the team on offense. A 4-run deficit is not an easy thing to overcome. This is especially true when you get to the college and professional levels of baseball. With pitching becoming so dominant, runs can be hard to come by. A team that can score four runs in just one single play will be ecstatic.

How frequently does a grand slam take place?

On the MLB level, a grand slam happens about every 1,500 at-bats. There are around 55–60 at-bats a game, depending on its pace. As you can tell, a grand slam is quite rare, and it is great to see when it finally does happen. A grand slam is considered a rare occurrence in the game of baseball.

Who has the most career grand slams in MLB history?

Alex Rodriguez, the former Seattle Mariner, and New York Yankee, currently holds the record for most career grand slams with 25. It is truly an admirable accomplishment to have so many of these. The late Lou Gehrig comes in second with 23 in his career. Manny Ramirez holds third place with 21. All three players have accomplished tremendous success in their careers. Many players have yet to hit a grand slam in their careers. These guys have over 20!

Who has the most grand slams in one season?

Don Mattingly and Travis Hafner both sit in first place with six grand slams in a single season. Don Mattingly accomplished this feat with the New York Yankees, while Hafner was a Cleveland Indian at the time. Ernie Banks and Albert Pujols are tied for second with five grand slams each.

How many grand slams have been hit in a world series?

There have been 19 grand slams hit in World Series history. The most recent one came from Addison Russell and the Chicago Cubs in the 2016 World Series. Some of the more notable ones come from Paul Konerko in 2005 and Tino Martinez in 1998.

Has anyone hit multiple grand slams in one game?

There have been 13 players to hit multiple grand slams in one game. The most recent player to do so was Josh Willingham for the Washington Nationals in 2009. Some of the more notable ones include Frank Robinson, Robin Ventura, and Nomar Garciaparra.

A moment you won’t foget

Grand slams are a beautiful part of the game of baseball. Similar to other rare occurrences, you will not likely witness one any time soon. But when you do, it is a moment you won’t forget.

A grand slam is excellent for the game of baseball, as it is the peak of excitement for both the players and the fan base. It takes a lot of work to even make a grand slam possible. When it is done, it is something we can only stand back and admire.