Skip to content
There are several types of hits in baseball. Let's take a look at how they work. 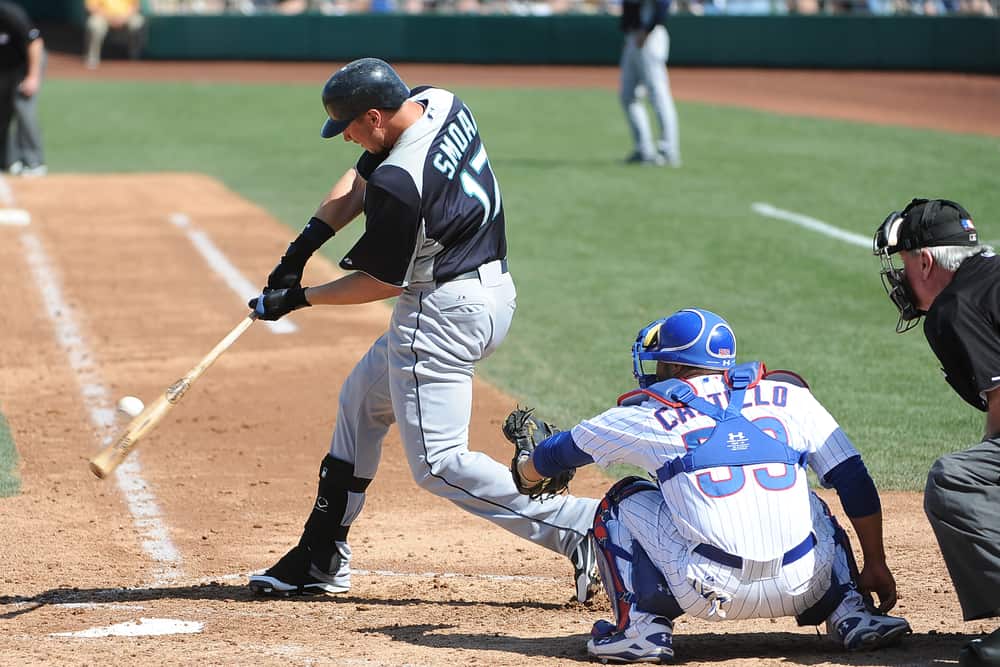 If you’re a fan of baseball, you’ve no doubt heard the term “hit” used quite often. But there are different types of hits that can be recorded during a game. Let’s take a closer look at what constitutes a hit and some of the most common types.

One of the goals in baseball is to get a hit. So what is a hit? Are there different kinds? The answer to that question is a simple yes. You can be awarded a hit in baseball in several ways. Some hits stay in the infield, and others leave the ballpark. Despite the difference in distance, both cases could be considered a hit.

What is considered a hit?

The rules for baseball are pretty simple here. In order to be awarded, or ruled, a hit, a player must do the following things.

They must legally make contact with a pitch. Their hit has to stay in fair territory. And finally, they need to reach base safely without the assistance of an error. That is what is considered a hit. Notice that it does not specify how far the ball had to travel or how hard it was hit. There are many different types, or designations, of hits.

What we do not consider a hit is any play in which the player reaches base because of an error or fielder’s choice. Those plays would not result in the scoring of a hit.

What is a single in baseball?

Perhaps the most common form of a hit is what is called a single. A single is when the batter hits the ball and safely advances only to first base. Again, it will not be ruled a hit or a single if the batter arrives at first because of an error or a fielder’s choice.

Batters can earn a single by bunting, hitting a grounder, a line drive, or a fly ball that safely drops. It does not matter how hard the ball is hit. The important part is that the ball lands in fair territory, and the batter arrives safely at first.

What is a double in baseball?

A double in baseball is when the batter hits the ball safely in fair territory and can make it to second base. It is only considered a double if the player makes it to the base safely on the same play and not because of an error or advancing on a throwing attempt to put out another runner.

Another form of a double is what is called the ground rule double. This is when the ball is hit in a manner that it lands in the field of play in fair territory, but then it bounces or skips out of the field of play.

The most common way that a ground rule double occurs is when a batter hits a ball that lands in the outfield and then bounces into the stands. Again, it cannot be considered a double if the runner advances safely because of an error or fielder’s choice.

What is a triple in baseball?

A triple in baseball is when the batter hits the ball safely in fair territory and is able to make it to third base. It is only considered a double if the player makes it to the base safely on the same play and not as a result of an error or advancing on a throwing attempt to put out another runner. Triples are pretty difficult to hit. There is no special ground ruling for a triple.

What is a home run in baseball?

The home run is perhaps the most talked about type of hit. People like to see the power in a home run swing, which can also be a team’s momentum booster.

There are two ways to score a home run. The traditional way to hit a home run is to hit the ball between the foul poles but out of the park. If the ball flies over the fence and into the stands, then not only does the batter score, but so does anyone who was on base.

Different ballparks have different ground rules. In some fields, areas of the park are considered home runs if hit on the fly. In some places, the tops of fences are in play, but in others, they may be regarded as home runs. It is best to be aware of what the ground rules are before the game begins.

The second type of home run is called the “Inside the Park” home run. What typically happens with an inside-the-park home run is that a ball is hit to the outfield and hits a wall. After hitting the wall, it may skip to a part of the outfield that an outfielder does not easily cover. While the ball is in play, the batter runs the bases as fast as possible. If they are able to cover all three bases and then touch home before the throw from the outfield, then they will score, and it will be considered a home run.

What is a pinch-hit in baseball?

A pinch-hit is when you have a substitute for your regularly scheduled batter in your line-up. There could be any number of reasons for this, but usually, it is because the substitute has a good chance of getting a hit.

Perhaps one of the most famous examples of this is the pinch-hit homerun that Kirk Gibson had in Game 1 of the 1988 World Series. When you put a pinch hitter in, you hope they will get a hit.

Does a walk count as a hit?

Does an error count as a hit?

Errors do not count as hits. If a player reaches because of an error, the official scorer believes they would not have reached base safely if the error had not occurred.

What is the most common hit in baseball?

The single is the most common hit in baseball.

Why is a fielder’s choice not a hit?

A fielder’s choice means the defender had an option of putting out the batter. This means they would not have reached base safely. Therefore, it is not counted as a hit.

Who has the most hits in baseball history?

What is a base hit in baseball?

A base hit is another way of saying a single.

Does an RBI count as a hit?

RBIs and hits are two different metrics. You can score RBIs with a hit, while an RBI does not count as a hit.

What player has the most hits in a season?

Ichiro Suzuki holds the record with 262 hits in a season.

No, it is not. A pop-out is considered an out.