Skip to content
Discover the excitement of the payoff pitch: the make-or-break moment in baseball 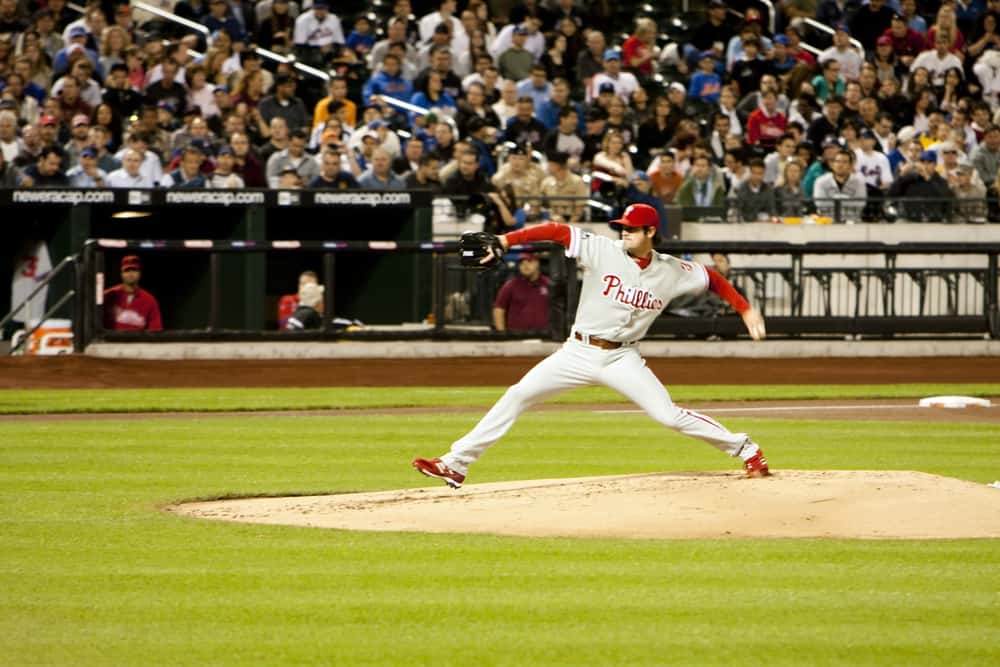 Fans often have a tough time staying focused on a baseball game since there is a high possibility of it moving at a very slow pace. A payoff pitch is destined to have some action, so fans will want to keep an eye out for this.

A simple way of defining a payoff pitch would be that a payoff pitch will always lead to a result (hit, out, or foul). A foul ball can delay things for a bit, but even after that, there will be yet another payoff pitch until a result is achieved.

Definition of a payoff pitch

A batter can only strike out when he receives three strikes. The same can be said for a walk, as the batter must receive four balls. If the count is 3-2, that means the next pitch will decide the at-bat. The batter will either be walked, strike out, or get a base hit. This specific pitch is considered a payoff pitch. When the count is full (3-2), the upcoming pitch is called the payoff pitch.

You have probably heard an announcer on TV say something about a “payoff pitch” during a baseball game. People usually pay more attention to the game when they hear this term. 99% of the time, a payoff pitch will lead to a result such as a hit or an out. For the 1%, a foul ball would delay things a bit until the next payoff pitch was delivered.

The pitches during the beginning or middle of an at-bat can seem repetitive and somewhat boring. Most of the time, batters make their move in the later part of the count. Payoff pitches are exciting to see and seem to get everyone’s attention.

Examples of payoff pitches in baseball

If you are watching a baseball game on TV, you will most likely hear something along the lines of “here comes the payoff pitch!”. Announcers do this to get everyone back focused on the game in case anyone stops paying attention. When this pitch occurs, you can expect some action on the other side of it.

A prime example of a payoff pitch would be a situation with the bases loaded and a 3-2 count on the batter. The next pitch will be the payoff pitch, as it will decide the outcome of the at-bat. However, a foul ball may delay things for a short period of time, but a result is still yet to come. Any at-bat with a 3-2 count has an upcoming payoff pitch.

Most of the time, pitchers want to avoid throwing a bad pitch during a payoff pitch situation. Hitters will be ready to swing since a walk or strikeout isn’t the most favorable outcome.

A well-executed payoff pitch is dependent on what the pitcher is comfortable with. The pitcher should throw his best and most reliable pitch into a 3-2 count. It doesn’t matter what pitch it is; if the pitcher has full confidence in it, then that is all you can ask for. This puts you in a favorable situation as a defense instead of throwing a pitch in which the pitcher isn’t as confident.

The role of a payoff pitch in strategy

A payoff pitch is considered an extremely important pitch. You will see many of them throughout a baseball game, but all carry equal importance. A team must be prepared for these situations before they happen. If not, a team will be unprepared and most likely make a poor decision.

Before games, pitchers should constantly work on payoff pitches. One way to do this is by having pitchers throw to a catcher. Once set up, the pitcher will pretend it is a 3-2 count. At this point, he will quickly determine which pitch he is most comfortable with.

One of our starting pitchers at my university had a killer changeup. For this reason, he threw a changeup as his payoff pitch almost 100% of the time. He is effective with it because he is prepared for those moments. If he chooses to throw his slider, he might either give up a walk or a base hit since he is less comfortable and confident in it.

Payoff pitches play a huge role in deciding the outcome of a baseball game. If one team wins every payoff pitch, it is highly unlikely they will lose the game. Teams must strive to be excellent in payoff pitch situations, whether on offense or defense.

To prepare as an offense, you must teach your hitters to have discipline. The worst-case scenario would be to strike out on a pitch that would have been the fourth ball. Hitters must continue to be patient but with a slight increase in their sense of urgency.

There are going to be many pitches thrown during a nine-inning baseball game. It’s a long game, and there is no doubt about that. When it comes to payoff pitches, they have the potential to be some of the most exciting moments of the game.

During a payoff pitch, both the batter and the pitcher are forced to make a decision. The batter has to swing at a strike or lay off a ball. The pitcher must throw a strike, or else he gives up a walk.

However, the pitcher can’t just throw the ball over the middle because the hitter will be ready for a mistake like this one. Payoff pitches can end up being the factor that decides who wins a ball game. This is especially true in a low-scoring game with a close score. Teams are constantly preparing for payoff pitch situations from both the offensive and defensive standpoints.

Fans have been asking for action to be sped up and not as slow in baseball. However, payoff pitches have been a part of the game for as long as we can remember. A payoff pitch brings excitement and anticipation to our beautiful game. Once you hear an announcer say, “here comes the payoff pitch,” you will quickly find out why the pitch is so well-known.