Skip to content
A successful hit and run is one of the most exciting plays in baseball. Here’s how it works. 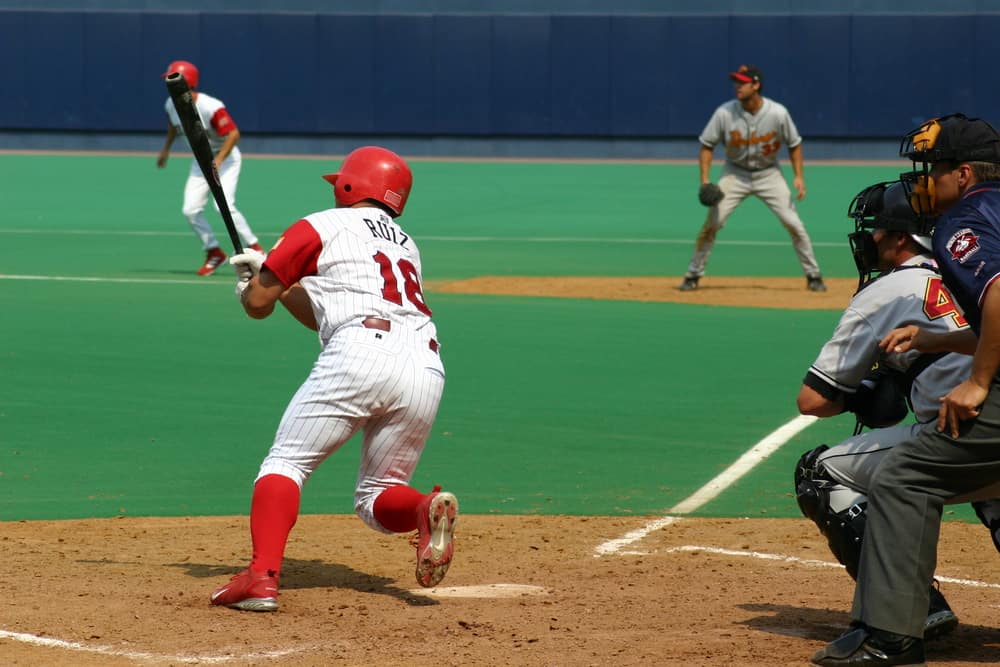 If you’re a baseball fan, you’ve probably heard the term “hit and run.” But what does it mean? And how is it used in baseball? In this post, we’ll take a look at the hit and run play, and explain how it can help your team score runs. We’ll also discuss when it’s the best time to use this strategy. So if you’re new to baseball or just want to learn more about this important play, keep reading!

How does the hit and run play work?

A hit and run is a play that is called by a coach. When called, a base runner will steal while the batter must put the ball into play. By doing so, they are giving the base runner a head start on the play.

This play can be dangerous if the ball is hit in the air or on a line drive. However, it is a strategy that usually pays off fairly nicely.

The play involves a base runner and a batter. The base runner will attempt to steal like he usually would as soon as the pitcher begins his motion toward home plate. After this, the batter is told to make contact with the ball at all costs. This protects the runner from being thrown out if he misses the ball.

When would you use a hit and run in baseball?

The best time to use this play is dependent on each coach. Some coaches like to do it early in the game, while some will argue it is best to do it in the last inning of the game.

If you have a fast runner on base, it would be good to consider putting on a hit and run. Most teams won’t call this play if they have one of their better hitters at the plate. This is because a hit and run usually forces the batter to swing at a bad pitch. You want to make sure your best hitter swings at a good pitch.

Pros and cons of a hit and run

There are some good and bad things about a hit and run. One good thing is that you can put your team in a perfect situation if both players do their job. If the batter hits a ground ball into the outfield, the base runner will be able to advance two bases instead of just one since he got a head start.

Now, the cons may outweigh the pros in this type of play. If the ball is hit hard and on a line during this, the runner risks being doubled up. For example, a hit and run is called, and the batter hits a line drive to an infielder. The infielder catches the ball. The runner is almost surely going to be doubled up and called out. This can be a huge setback for your team.

How do you execute a hit and run play?

Two players execute a hit and run. The base runner will attempt to steal as he normally would. However, he is paying attention to what the batter does so he doesn’t get doubled up.

The batter HAS to make contact with the ball and put it into play. If he doesn’t, he risks the play failing and the base runner being thrown out. This will never make a coach happy. In fact, it does the complete and utter opposite. Putting the ball in play allows the runner to keep going.

With all this being said, the batter should try to hit the ball on the ground, so the runner doesn’t have to return to the original base if the ball is caught.

Is a hit and run similar to a sacrifice bunt?

A hit and run is similar to a sacrifice bunt in some ways. However, a sac bunt intends to sacrifice an out on the batter to advance a runner. You aren’t always directly sacrificing an out during a hit and run. A batter in a hit and run will succeed by getting a base hit and advancing the runner. A successful sac bunt sees the batter get out, but the runner advances a base.

Why don’t more teams use the hit and run play?

The reason teams don’t use hit and run that often is because it can be a big risk with the potential for disaster. The hit and run can only truly succeed if the ball is hit on the ground or on a line into a gap in the outfield. If the result isn’t one of these two, you risk getting both players out.

Some teams may want to avoid taking this risk, especially if the team is offensively-minded. This play is usually used by teams that aren’t the most powerful hitters looking to create some momentum in their favor.

The do’s of a hit and run

You DO want to hit the ball on the ground during a hit and run. You DO want to look up and see where the ball was hit as a base runner in this play. These are the two main things you want to ensure you do to be successful during this play.

The don’ts of a hit and run

You DON’T want to hit the ball in the air as a batter. You DON’T wish to keep running aimlessly without finding where the ball is hit. As soon as you hear the ball hit the bat, you should look up and find the ball. Then, you can judge whether to keep going or to return.

Is hit and run a smart play?

When used at the right time, a hit and run can be a brilliant play call. The execution of this play is beautiful when done correctly. However, a hit and run is only a smart play if you do it in the right situation. Running a hit and run with two outs and less than two strikes might not be the best idea.

There is no difference. Both are the same thing, just worded differently. A hit and run is a run and hit. The terminology “hit and run” is just more commonly used.

When can you not hit and run in baseball?

There is never a specific situation where hit and runs are not allowed. If the ball is dead, no play can obviously go on. At any point during a game, a hit and run can be called and executed in a legal fashion.

Are there times when managers feel a “need” to call a hit and run play automatically?

Yes, a coach will automatically call the play if his team is struggling on the offensive side of the ball. If they are struggling, they are having a hard time getting runners on base and especially struggling to advance them. The calling of this play usually sparks life into the team.

Unleash the power of the hit and run

A hit and run is a play call strategically used by baseball coaches. The play involves a base runner attempting to steal and a batter doing whatever he can to hit the ball on the ground and into play.

This play can add momentum to a team’s arsenal if done correctly. There is usually always a good time to call this unless there are two outs or one of your best hitters is up to bat.

Now that you know what a hit and run in baseball is, try it out at your next game!