Skip to content
Uncovering the Importance of Pitch Count in Baseball: A Closer Look at How it Can Impact Performance and Prevent Injury 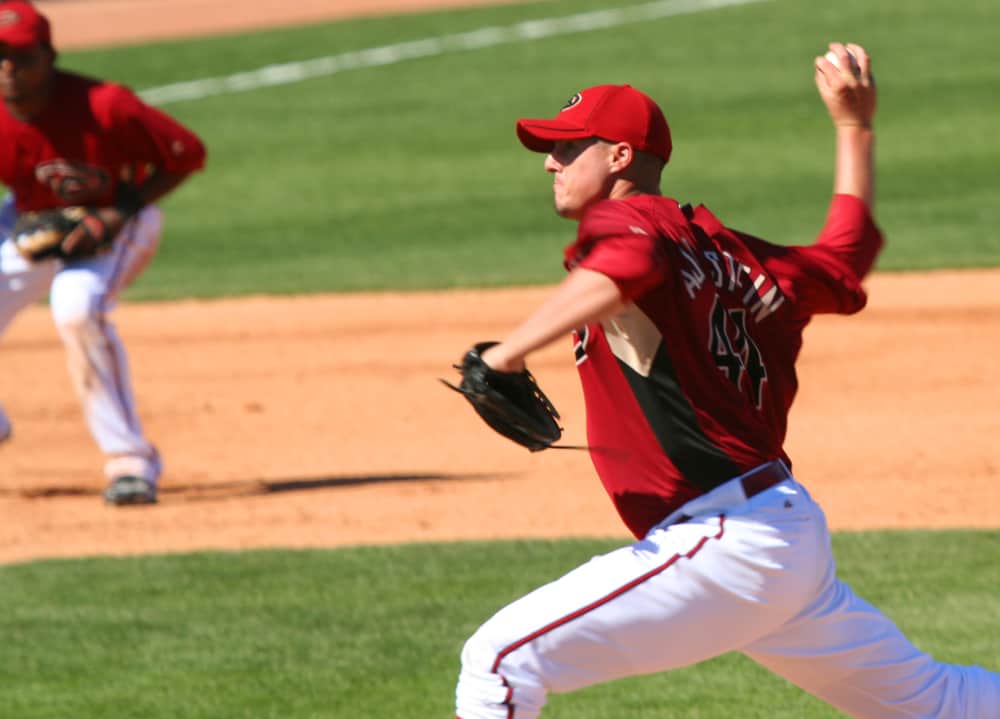 When it comes to pitchers, their pitch count describes how many pitches they have thrown in the game so far. A high pitch count can be dangerous and lead to possible injuries. A pitch count gives us an idea of how fresh or tired a pitcher may be.

How pitch count is measured

A pitch count is measured by keeping track of every single pitch thrown by a pitcher. It is usually the team’s job to keep track of the pitch count.

On the Major League level, scoreboards usually track the pitch count on the screen. Every single pitch thrown by a specific pitcher will be logged and counted. Once a new pitcher comes in, the pitch count resets and starts at zero since the new pitcher has yet to throw a pitch.

Teams rely on pitch count instead of inning count for multiple reasons. A pitcher could go eight innings and be expected to have a high pitch count.

However, a pitcher that was dominated could have completed eight innings with a fairly low pitch count. The same can be said if a pitcher has gone only three innings but has not had much success. You can have a high pitch count with a low inning count, just as the opposite can be said.

Rules and regulations regarding pitch count

Unlike young leagues, the MLB does not have an official rule when it comes to pitch count. Younger players are given a pitch limit and must come out of the game once the limit is reached. This rule is put in place to avoid injuries for players at a young age.

The MLB doesn’t see the need to place a limit on grown men who are professional athletes. One way that MLB does use the pitch count is when it comes to the minimum number of batters faced. A new rule was recently passed that forces any new pitcher to face a minimum of three batters before they can be taken out of the game. When it comes to a pitch limit, there are no such rules in Major League Baseball.

Teams are encouraged to keep track of the pitch count of all their pitchers. A team may be more focused on the count for their star pitcher, and for a good reason.

A high number of pitches on a consistent basis is a recipe for injury. The MLB season is 162 games. It is nowhere near a short season. The season is long and grueling, for which teams must be prepared.

In the early stages of the season, teams will be extremely cautious regarding their pitchers’ pitch counts. Managers will want to ease their guys into the season so they can be healthy and at full strength when it matters at the end. It is scientifically proven that the fewer pitches a pitcher throws, the less likely they are to suffer an arm injury.

Nearly all arm injuries to pitchers are from overuse. It is the team’s job to protect their pitchers from injuries like this since they can usually be prevented. It is also another point that a pitcher can become tired and worn out towards the end of the season if they continuously throw a lot of pitches throughout the year.

The controversy surrounding the pitch count

Many critics and doctors are adamant about pitch counts. As said earlier, most arm injuries are from overuse. A pitcher who always has a high pitch count is basically asking for some sort of arm injury.

People outside the game constantly push for the MLB to implement a pitch count. However, these guys are getting paid hundreds of millions of dollars. They have access to the best doctors and trainers in the world. A pitch count doesn’t seem necessary for a league like this one.

Gerrit Cole is known for having a high pitch count a lot of times. Despite his high pitch count, he has been seen arguing with his coach not to take him out of the game. Cole was left in the game and went on to strike out the next batter.

Some pitchers get better as they get deeper into a game. Some pitchers wear out and only get worse as the game goes. It is the coach’s job to identify which type of pitcher they are. They must then develop a game plan built specifically for the pitcher to keep him away from injury.

Pitchers are making the same motion over and over again. Arm injuries are the result of overuse and repetitive motions. It is impossible to avoid the aspect of repeated motion. However, the overuse can be prevented or somewhat limited.

Coaches must keep track of a pitcher’s pitch count to keep him healthy. It is not only important to keep a pitch count for one game. It is even more critical to keep track of his pitch count for the season. The MLB season is a long one and should be eased into. A starting pitcher shouldn’t be throwing over 100 pitches on Opening Day. Would you rather have your star pitcher throw 100 pitches on Opening Day or in Game 7 of the playoffs?