Skip to content
Protecting the Integrity of the Game: Understanding the Fan Interference rule in Baseball 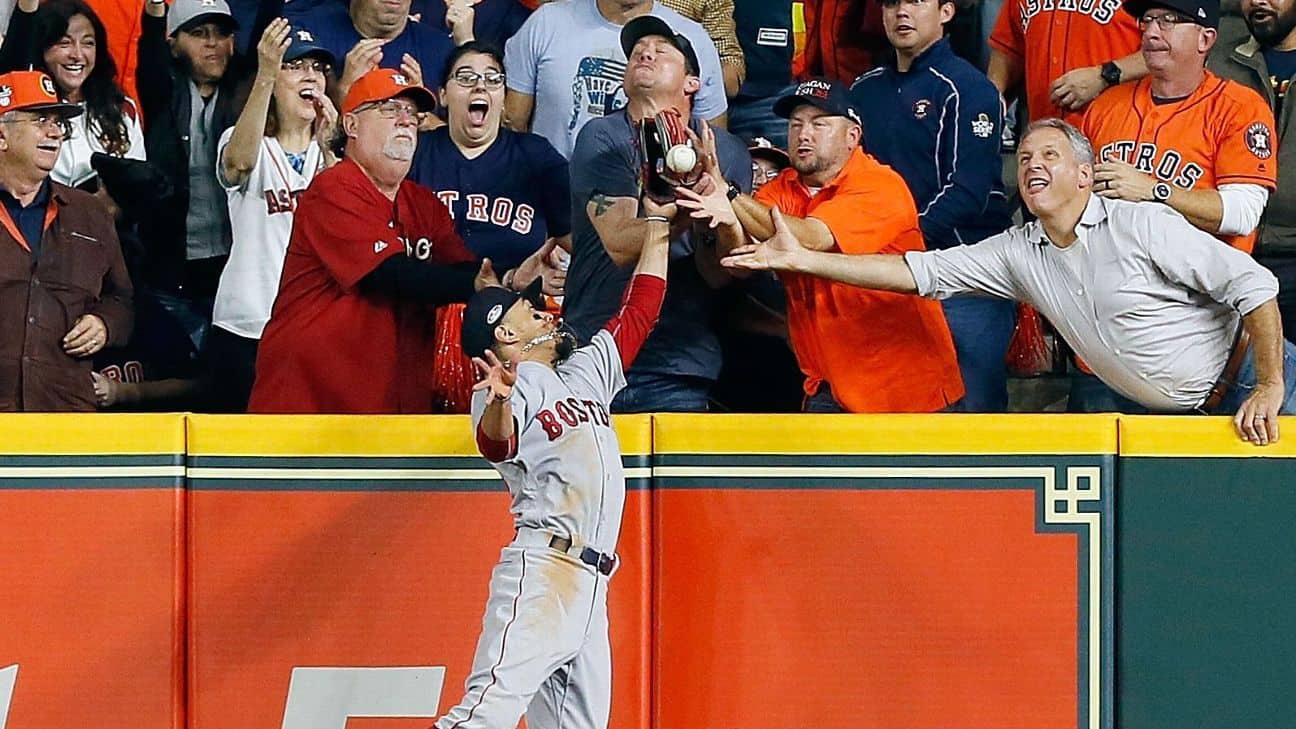 Baseball fans are passionate people. Our favorite teams can make us cheer, scream, laugh, and cry—sometimes all in one game. But one thing our favorite teams do not need is their fans inserting themselves into the game action. So, what happens when the fans in the stands make their presence felt by interfering in the game?

There are a lot of possible outcomes when fans make themselves a part of the game, and as you would expect, most of them end up with unhappy endings for everyone involved.

Background of the fan interference rule

In 1931, the MLB Rules Committee added regulations allowing umpires to award bases and outcomes in the case of spectator interference. At that time, it was rare to see spectators grab fair balls or a live ball thrown by a player, but as the game grew in popularity and stadiums became larger to accommodate bigger crowds, fans began to have more of an influence on the game, meaning more games faced instances of fan interference.

How the fan interference rule is applied in a game

If it is determined that a fan has interfered with a live/batted ball or even with a player making a play on the field, the umpire will immediately call time, and the ball will be considered dead.

While fan interference is relatively easy to determine, what happens because of it is less clear. Fan interference is one situation in MLB that gives the umpire serious game-impacting decisions to make. Once a fan has touched a ball they should not have, the umpire must determine a few things: First, if it was hit, was the ball (either fair or foul) catchable? Did the fan stay on the side with the seats, or did they reach out into the field of play? If there were runners on base without interference, what base would they have reasonably reached?

All these factors must be analyzed before the umpire decides whether to award or punish a team for fan interference. Once those factors are considered, baserunners are placed where the umpire determines they would have been if the interference had never happened. But if a fan clearly prevents a fielder from catching a ball, then the batter is out, regardless of which team is at bat.

Examples of fan interference in baseball

For fans that commit spectator interference, the most likely outcome is that the fan will be ejected from the stadium for the rest of the game. If there are occasions where the fan interference is determined to be accidental, then the fan is usually not ejected.

For players, if they hit a fly ball into either fair or foul territory and a fan interferes with the play, the batter is called out. It does not matter which team it is, so fans can hurt their own team’s chances of winning by interfering with the game.

There have been some fan interference calls (and no-calls) that baseball fans and experts still debate to this day. Below are two of the most controversial:

A player for the Florida Marlins hit a fly ball into foul territory down the left-field line. As the ball came down, it was on the border of the stands and the field of play, so when Cubs outfielder Moises Alou went to catch the ball, it was tipped by the hand of a fan which prevented him from catching the ball and getting it out.

However, the umpire ruled that it was not interference because the ball had technically crossed the plane into the seats, even though it was still catchable. The Cubs went on to lose the series, and the Marlins eventually won the World Series that year.

Derek Jeter hit a deep fly ball toward the right field wall. As Orioles outfielder Tony Tarasco jumped to make a play on the ball, a young fan reached over the outfield wall and snatched it away from Tarasco. The umpire did not see the young fan reach over with a glove, and because there was no instant replay at the time, his decision of a home run was final. The Yankees went on to win that game.

What counts as “fan interference” in baseball?

Fan interference in baseball occurs anytime a non-player touches a fairly hit baseball or if someone in the stands reaches into the field of play (either in foul territory or behind the outfield wall) and makes contact with the ball or a player trying to make a play on the ball. This rule is also applied to stadium employees and other non-players near the field of play.

What happens if a fan grabs a fair ball?

If a fan grabs a fair ball, then play is stopped, and the ball is considered dead. At this point, the umpire must determine where the hitter and baserunners should be placed. If there are baserunners, the umpire must determine where they would have ended up without the interference. This includes the hitter. In 2010, a young Mariners fan grabbed a fair ball, which prompted the umpire to only allow the baserunners to advance two bases. This decision prevented the Mariners from scoring the tying run, and they ended up losing the game 3-2.

Do fans get kicked out for fan interference?

There is no guarantee that fans will get kicked out for interference. If it is reasonable to assume that the interference was accidental, then the fan is usually allowed to stay.

Do not confuse interference with fan obstruction. Fan obstruction happens when fans rush the field and either deface the field of play or attempt to attack a player. To get a crash course in the difference between fan interference and fan obstruction, watch the video below from a 1974 game in Cleveland that offered unlimited 10-cent beers. That night ended in two words: tear gas.

While most people are excited to sit next to the field when they attend a baseball game, they tend to forget their fan etiquette in the desperate chase for a souvenir. Fan interference has played a part in deciding regular season games and indirectly influencing championship games. While a day or evening at the ballpark is one of the great American pastimes, interfering in the game and potentially causing your team to lose is not.