Skip to content
This rule is designed to speed up the game, but there are some controversies around it. 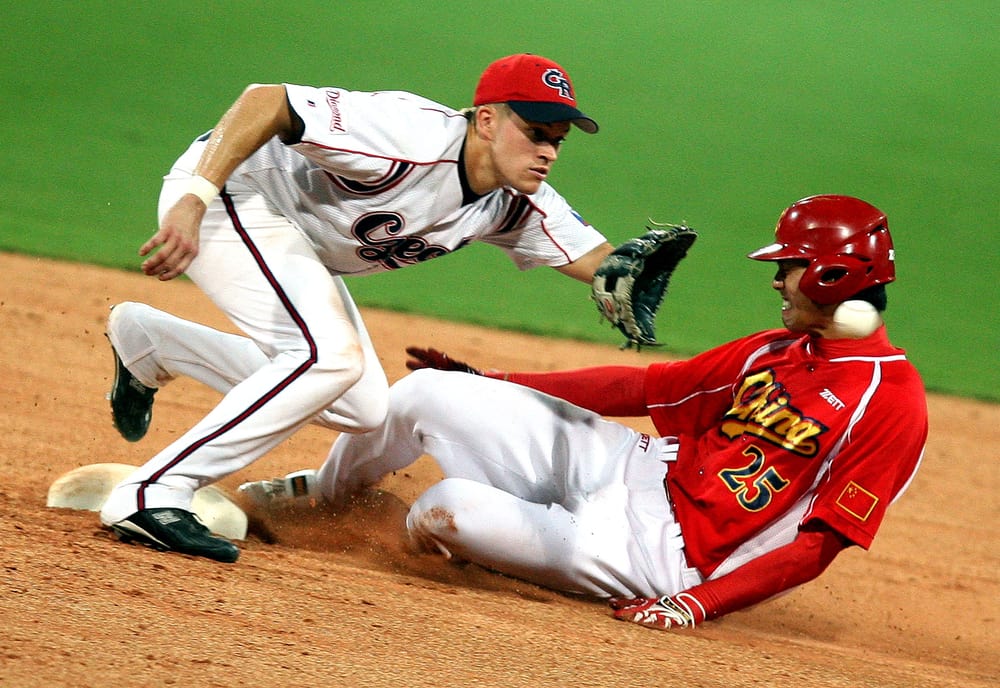 Some of us feel like MLB owes us some money or at least some credit. With the addition of the “Ghost Runner Rule” (also known as the “Designated Runner” or “Automatic Runner”), you may have noticed that the fabrication of your childhood became a professional reality. The rule started as a way to limit injuries and perhaps speed up an extra-inning game.

How is the ghost runner rule different from your backyard rule?

You probably didn’t have enough players to field a team when you were a kid playing in your backyard or local sandlot. To alleviate a lack of players, you probably replaced base runners with “ghost men.” And then there were probably arguments about how fast the ghost man was and whether or not they slid under a tag. The backyard ghost man was not an efficient substitute.

The MLB ghost runner is different. For one thing, it is actually called the “Designated Runner.” Many fans will refer to it as the “ghost runner.” Once a regular season game hits extra innings, a runner is put on second to begin each half-inning. The designated runner is determined by designating the hitter in the batting order before the hitter comes up at the beginning of the inning.

What is the purpose of the designated runner?

The designated runner rule was first adopted as part of Major League Baseball’s safety and protocol rules following COVID. The goal was simple–to shorten games that went into extra innings.

By placing a runner in scoring position at the beginning of each half inning after the ninth, the belief was that this would increase the odds of teams scoring and limit the number of extra innings played. This would limit exposure on the field, but it would also decrease, in theory, the need for pitchers in extra innings.

How does the designated runner work?

At the beginning of each half-inning after the ninth, a runner is placed on second. There are no outs in the inning, and the offensive team continues to follow its offensive lineup. The runner is the player in the batting order before the first hitter is due up that inning.

If the inning ends with the runner stranded, it is like any other scoreless inning. However, if the offense bats the runner in to score, that run does count in the official score. It should be noted that this particular run would not count against the ERA of the pitcher of record.

Can you use pinch runners?

An exception to this rule would be if they ran for the designated hitter. If the game continued to the point that your team reached the part of the batting order where the designated hitter hit, then your pinch runner would need to bat in their position. Your starter would be unable to reenter the lineup in an MLB game. You could, however, make a defensive substitution for the pinch runner if you needed to and had the players on your bench to accommodate such a move.

Is the designated runner used in the postseason?

The designated runner is not used in the postseason. You will only see this used during regular season games in extra innings.

Can the designated runner steal bases?

Yes. The designated runner has all the abilities that a regular runner would have. They can steal. They can advance on a wild pitch. They can also be picked off. They can be thrown out for stealing. The runner has no inherent protections.

Can you use any player to be the designated runner?

The way the rule is written, the player assigned to be the designated runner is the batter scheduled before the current batter in the order. For example, if the 8th batter in your lineup is scheduled to lead off the 10th inning, your number 7 hitter would be your designated runner.

While you can use a pinch runner or substitute for the runner, it cannot be anyone else in your lineup–or any player that has exited the game. For example, you could not use your number 6 hitter (in the previously stated scenario).

You also cannot use, for example, a player you pinch hit for in the 9th. If the player is no longer eligible to play in the game, they are no longer qualified to be a designated runner. However, if you have eligible players on the bench, you can use them as pinch runners, but once they enter the lineup, they are now part of the lineup. They need to field and hit if the game continues or until another player replaces them.

Could you have pitchers pinch run?

Pitchers can be substituted into any position during the game. In the same way, you could have a position player pitch, you could have a pitcher play the field, hit, or run. This would probably be a rare occurrence, as most teams wouldn’t want to risk a pitcher getting hurt on the base paths. But could it be done? Yes.