Skip to content
Unlocking the mystery of the 'side' in baseball: understanding the origin and meaning of the term 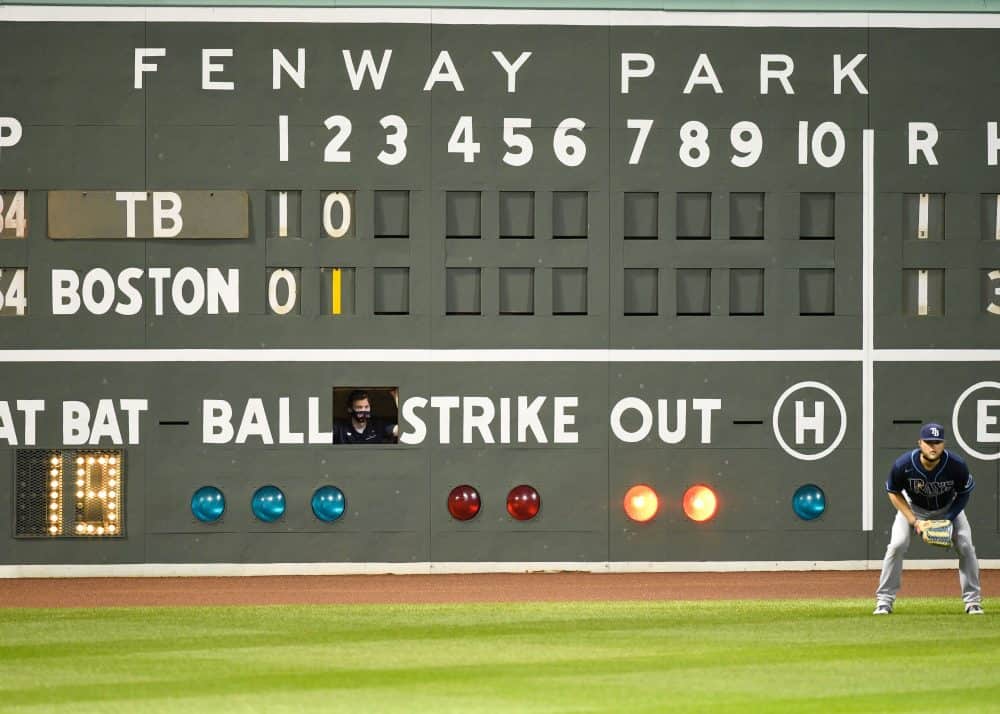 In baseball, more than most other sports, the use of slang words, jargon, and acronyms can get a little out of hand. But that’s why we love the game, right? When you hear the term “the side,” it usually comes in the form of “retiring the side” or “striking out the side.” But what exactly does that mean? Don’t worry, we’ll make sense of it for you.

Explanation of the term “side” in baseball

The term “side” in baseball refers to one-half of an inning. In baseball, there are no quarters, periods, running clocks, or halftimes. The way to measure the progress of the game is by innings. If someone tells you there are 5 minutes left in an NBA game, the context is clear for the game situation and how much time is left. It is easy to understand.

A professional baseball game consists of nine innings, and each inning is broken down into several parts. Here is where different names can be confusing. Below is a list of phrases and their alternate names and meanings:

Inning: the basic unit of play in baseball. An inning consists of two halves, frames, or sides that are separated by the middle of the inning break. During each half, frame, or side, the batting team gets three outs, making for a total of six outs per full inning.

So, when you hear the term “the side” in baseball, the speaker is referring to one-half of an inning belonging to one team. To hear the term being used in real-time (and to see one of the best pitching performances of all time), watch the video below of this regular season game from 2001 in which Hall of Famer Randy Johnson “strikes out the side” in Pittsburgh and listen to the announcers as they talk about each side he struck out during the game.

The role of the side in baseball

Sports historians found multiple phrases, terms, and gameplay rules for the game of baseball came from the game of cricket. As an organized game, cricket is over 500+ years older than baseball, yet people can still see the consistencies between the two games.

For example, take the use of the word “side.” In cricket, teams are referred to as “a side,” which is still used today. As the game of baseball developed in America with rules and gameplay, the games began to look different. However, the terms and phrases stuck around. In the early days of baseball, a team was also called a “side,” and when it was that “side’s” turn to bat, the term also meant their “side of the inning,” meaning either the first half or the second half.

Examples of the use of the side in baseball

In today’s games, baseball announcers still use the term “the side” at the end of a team’s half of an inning. But there are more uses than just that. Below are some examples of the use of the phrase “the side” in baseball.

In each of these scenarios, you should notice that the term “side” in baseball is a synonym for several terms:

Does striking out the side need to be in order?

No, striking out the side does not have to be done in three consecutive hitters. The side is referencing the team up to bat and all three outs that they are allowed. Once three outs are recorded, the side has been retired, and if each out was from a strikeout, then the pitcher has “struck out the side.” It does not matter if the batting team has runners on base, scores a run, or does nothing at all. If all three of their outs during their side of the inning are strikeouts, then the side has been struck out.

There is a special designation for striking out the side in order, and if it’s done in nine pitches, then it is known as an “immaculate inning,” meaning the pitcher only needed to throw nine strikes to record three outs, and no batter hit the ball in play.

In baseball history, there have been 112 immaculate innings pitched, with the most recent coming from Enyel De Los Santos of the Cleveland Guardians last season. To understand the difficulty of this feat, each MLB team plays 162 9-inning games per year. That means each team plays 1,458 innings. With 30 teams, that means each season contains 43,740 innings. Then consider that baseball has been played for over 100 years.

The bottom line is that are a lot of innings, so for a pitcher to throw an immaculate inning is a big deal. To see two of those 112 innings (they happened in the same game!), watch the video below and join us in trying to understand how the same three hitters of the Texas Rangers fell victim to two immaculate innings in one night.

The next time you are watching or listening to a baseball game, it is pretty certain that you will hear the term “side” being used in various ways. Baseball is a game that changes slowly and holds onto historical terms and jargon. Now that you have the context for some of these terms, you can appreciate the difficulty of striking out the side.

For something really impressive, watch the video below of a 19-year-old Dwight Gooden of the New York Mets (just two years removed from high school) striking out the side during the 1984 MLB All-Star Game in San Francisco.