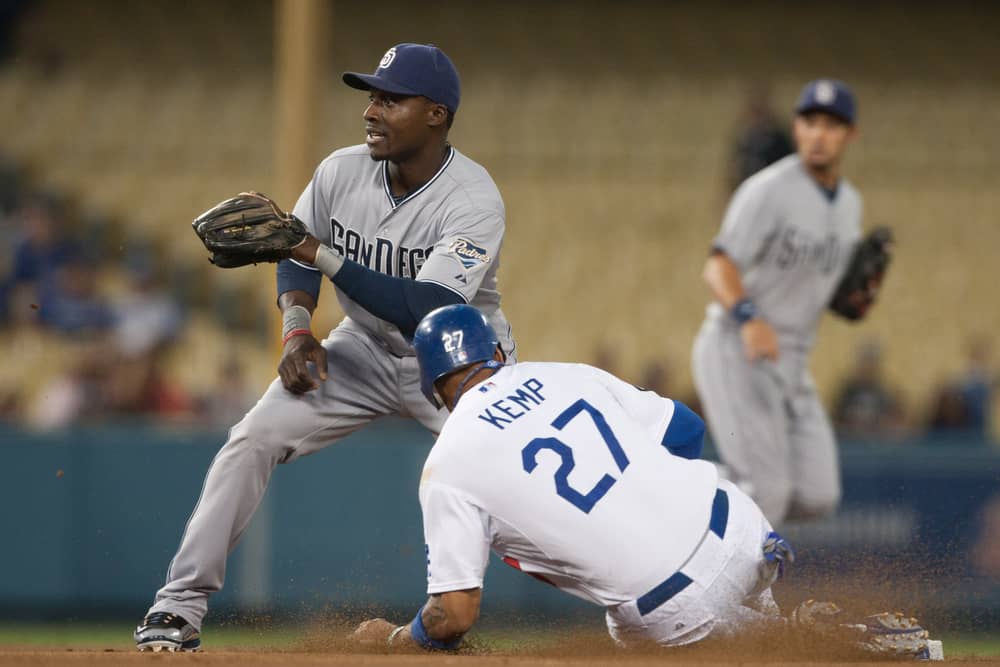 In most cases, whoever is not covering the bag should try to back up the base. After the pitch is delivered, the fielder should run behind second base in case of a bad throw from the catcher. The fielder can prevent the baserunner from advancing another base by doing this.

The second baseman’s responsibilities on a steal

If the batter is right-handed and a runner is on first base, the second baseman is responsible for covering second on a stolen base.

If the runner attempts to steal, the catcher will be making a throw to second. The second baseman must be there to catch the ball and tag the runner out. He should always want to get to the bag before the throw arrives. This allows the second base ample time to make the catch and apply the tag.

The worst-case scenario is to speed everything up. A rushed play is a bad play in baseball. The runner may stop and turn around towards the first base on a steal attempt. In this case, it is the job of the second baseman to throw the ball first to try and get him out.

Strategies for covering second on a steal

The second base should always be on the front side of the bag. If he is behind the bag, he leaves an easy path for the runner to slide safely into second.

Some players like to straddle the bag, and some like to get in front of it. It comes down to personal preference in this case. When I played, I always got in front of the base with my left foot barely touching the corner of the second.

It is critical for the second baseman to be in position and ready for the catch and tag before the throw even gets there. The runner may try to avoid the tag with a skill move. If the second base isn’t already set up, he will have a tough time adjusting to this. Communication plays a significant role in plays like this. Success is only possible with proper communication, even from players not on the field.

A lot of second basemen are known for their moves on steal plays. Javier Baez is one player known for his talent in these situations. His ability to quickly snap a tag on the runner is unreal. He can get his body in a successful position before the ball even gets to him. His hand-eye coordination allows him to catch the ball and make a tag without directly looking at the runner. His peripheral vision leads him to where he needs to go.

The second baseman can be the deciding factor on steal plays at second. They must be quick with their hands to catch and apply a tag in one motion. They must also get themselves into a good position before the ball reaches them.

All of this is made possible by the communication of his entire team. Javy Baez is a great example of how a second baseman should go about his tags. He is quick and accurate.