Skip to content
Uncovering the secret to left-handed pitchers' Success: How rarity and increased flexibility give them the upper hand 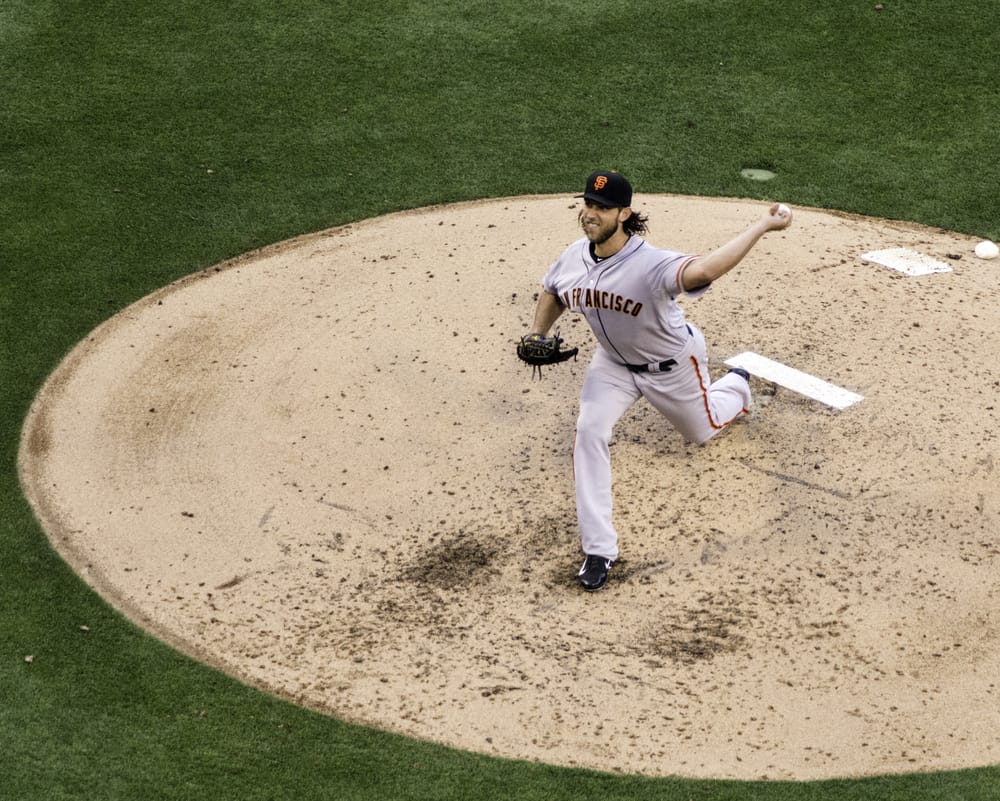 Let’s face it. It is a right-handed world. Only 10% of the world’s population is left-handed, so lefties are the ones struggling to find scissors, kitchen equipment, and computer mice that are comfortable to use. While this sounds like a disadvantage in life, in the world of baseball, being left-handed is one of the best advantages a pitcher can have. But why is that?

The truth is that hitters have a hard time seeing pitches from a left-handed pitcher after growing up in a right-handed world. Read on, and we’ll explain why.

Left-handed pitchers have a natural advantage over right-handed batters

It is a fact that since 2010, almost three-quarters of all pitchers in MLB have been right-handed. The reason that baseball is 25% left-handed while the general population is only 10% left-handed is that teams are scouting the earth for left-handed athletes all the time. Just like mining companies search the earth for rare minerals, scouts search for a different rare item: lefties.

It is that rarity that gives left-handed pitchers their advantage. As the saying goes, “You can’t hit what you can’t see.” In baseball, young players do not see much left-handed pitching (if any at all), leaving them unprepared. The stats are clear: left-handed pitchers do not throw as hard as righties, and hitters have an easier time hitting pitches that break toward them and not away. So why would a scout be searching for that?

It’s simple: hitters have minimal time to react to a pitch. Because of that, they use muscle memory and predictive eye movements to see the ball and hit it. These skills that hitters use have been built by facing mostly right-handed pitchers. With a lefty on the mound, the ball is delivered from a different side of the plate and takes a much different travel path as it approaches the hitter. The best right-handed hitters can adjust, but statistically, most do not.

Left-handed pitchers have a wider range of pitches

Studies have shown that there are biomechanical pitching differences between lefties and righties. One medical study found that left-handed pitchers have increased flexibility and movement in their wrists, elbows, and shoulders. Also, lefties are less likely to suffer from GIRD, which affects the shoulder’s ability to rotate fully over time.

This is where the “advantage” debate comes into play. Science has proven that right-handed pitchers can throw harder with a faster spin rate on the ball than lefties. Science has also proven that lefties have more flexible arms, which allow for vastly different arm angles and different types of spin on the ball than right-handers can achieve. They also have longer careers.

This is why the best managers and pitching coaches have weapons of each kind in the bullpen: powerful pitching righties and crafty, rare lefties. In MLB, this is referred to as a “platoon split.” Managers will use pitchers that give them the most favorable matchup at any given time, so having left and right-handed weapons are equally important.

It should be noted that these scientific studies don’t include especially rare individuals. If someone believes that all lefties throw slowly, just watch highlight videos of Aroldis Chapman or Randy Johnson. Also, if you don’t think righties can have extremely long careers and throw nasty curveballs like lefties, look up videos of Satchel Paige or Nolan Ryan, and you will change your mind.

Left-handed pitchers have a longer career

Left-handed pitchers do enjoy longer MLB careers for a few different reasons. First and foremost, left-handed pitchers are hard to find. Because of that, teams will hold on to lefties as long as they are healthy and effective, even if they lose velocity as they get older. Also, medical studies have shown that left-handed pitchers have natural advantages such as better flexibility in the arm joints and a better shoulder range of motion at older ages.

Why are left-handed pitchers called southpaws?

In the late 1800s, baseball writers coined the term “southpaw” for left-handers because of how early baseball stadiums were constructed.

Why do left-handed pitchers throw slower?

It is a fact that 63% of righties have an average fastball velocity of over 90 mph. It is also a fact that only 29% of lefties can maintain that same speed. Why is that? One theory is that the human body is stronger on the right side regardless of the dominant hand, so more force and spin can be applied by a right-hander.

That is another piece—the spin. A fastball generates velocity from its spin rate, and left-handers cannot achieve the same spin rate that righties do.

Why do left-handed pitchers have a natural curve?

The answer can be explained by the difference in how left and right-handed people write. When left-handed children learn to write, they grip pens and pencils much differently than right-handed people do. If this makes no sense, consider this: In English, we write from left to right, so lefties must adjust the way they write to avoid having their wrists and hands smear ink all over the paper. This grip conditioning leads to gripping a baseball differently, too.

Lefties tend to curl their hands inward, which leads them to grip the ball more toward the left side of the baseball. This grip does put extra spin on a normal fastball, which may give the pitch extra movement (or just the appearance of movement—both are effective).

Do left-handed pitchers get paid more?

Left-handed pitchers get paid more than right-handed pitchers because of simple supply and demand economics. There are fewer lefties available, so naturally, the price goes up. Also, the longer the career, the more earnings a pitcher will make throughout their career.

Who is the best left-handed pitcher of all time?

The answer to “who is the best left-handed pitcher of all time?” depends on when you were born. If you asked baseball fans of different generations, you would probably get answers such as these:

While left-handed pitchers are not the fastest throwers, their rarity makes them a hot commodity in the MLB. Baseball is all about subtle advantages and finding ways to exploit even the smallest weakness in an opposing team. Oftentimes, that comes in the form of having a durable left-handed pitcher with a good curveball. When it comes to postseason play, platoon splits are an important strategy, so the best managers know the more lefties, the better.

To understand how a lefty uses arm angles and delivery motions to confuse hitters on both sides of the plate, watch 7-time All-Star pitcher Chris Sale. Fans of the Boston Red Sox and Chicago White Sox know exactly what this lefty can do to a heavily right-handed lineup: