Skip to content
There are a few ways you can tie in baseball. Here’s how it works and what it means (and doesn’t mean). 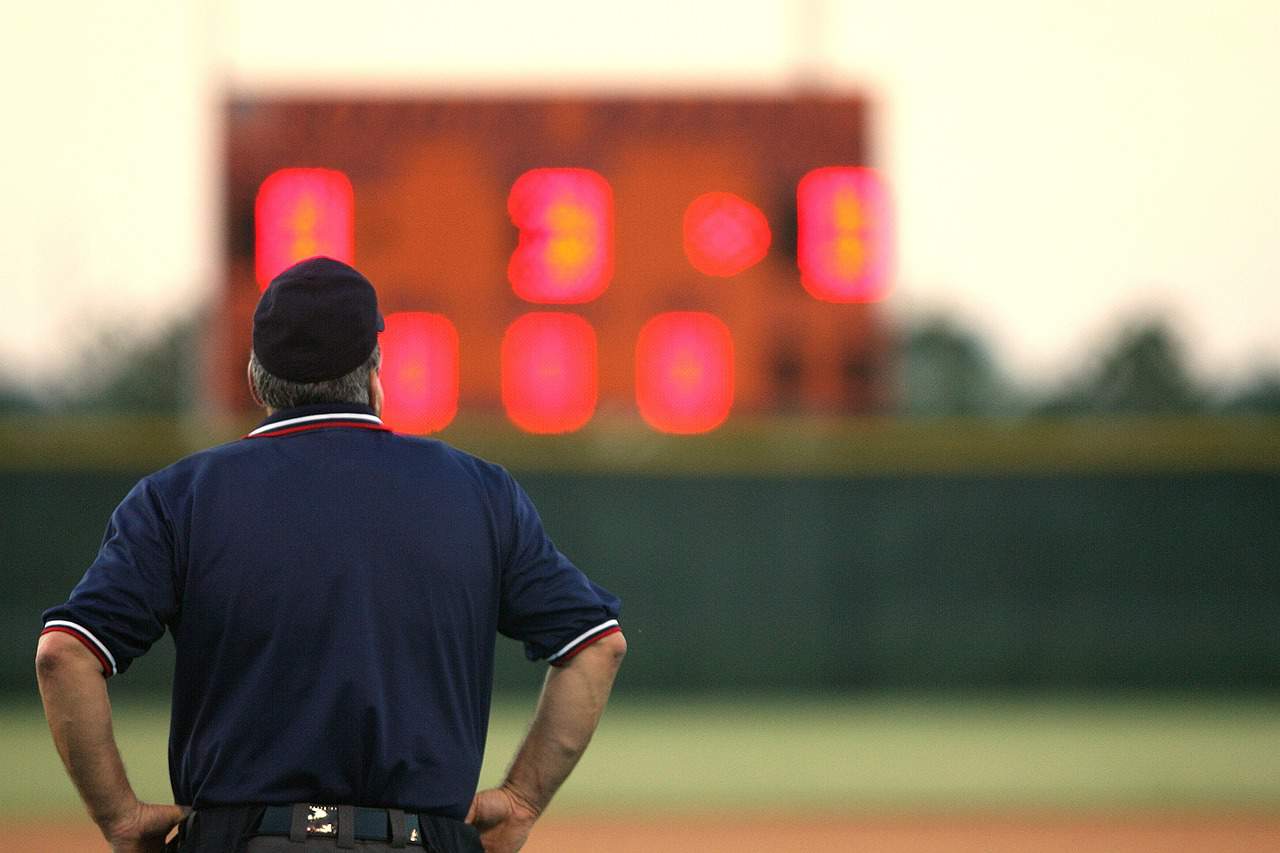 There are a lot of sports where games can end in a tie. Football has ties. Soccer matches often end in ties. But can baseball games end in a tie? The answer is yes, but it is complicated. There are several factors that can lead to a tie, but it is a rare event in Major League Baseball. In lower leagues, there is more of a possibility, but in the big leagues, it is uncommon.

Games are determined official once they reach the bottom half of the fifth inning. If a game is tied after five innings and it is postponed because of weather, it will resume either the next day or the next time that the two teams meet. In some cases, these teams will have to meet again towards the end of the season if they are not scheduled to meet again.

Baseball games used to end in ties more frequently. The reason for the ties? A lack of light. Before stadiums were equipped with lights, games were played until it was too dark to see. Sometimes games were continued the next day and sometimes the games just ended in a tie.

With the addition of lights, teams were able to play longer and later. Eventually, a winner is determined and the season continues.

How Have Ties Happened in MLB?

Weather is the biggest complication in baseball games. If there is a force that could compel a tie, it would be Mother Nature. Games can be postponed because of rain, or other inclement weather, forcing the teams to resume play at a later date.

If the game that gets postponed is the last game of a series then the two teams may resume playing the next time they are scheduled to play each other. However, in some cases, the two teams may not meet again. In this case, the game would be resumed at the end of the season.

How Has MLB Decided Tie Games?

The last time that a game ended in a tie was in 2016 between the Pirates and the Cubs. The game was postponed because of the weather. Towards the end of the season, it was determined that the game no longer needed to be played as the outcome would not affect the postseason picture positively or negatively.

The Cubs ended the season with the best record in the National League and the Pirates had been eliminated from playoff contention. If the game would have had an impact on the playoff standings then they would have resumed the game and played until a winner had been determined. The statistics accumulated in the game did count.

In 2002, the All-Star Game ended in a tie much to the dismay of the fans. In this case, the managers ran out of pitching and were fearful of causing injury to players. For that reason, the game ended in a tie. However, a regular season or postseason game would not end this way.

Do Statistics Count in a Tie Game?

Often the games are decided after an extra inning or two, but occasionally they will stretch into double-digit extra innings. The longest game on record dates back to 1920 – when the Dodgers and Braves played 26 innings. The game was called after 3 hours and 50 minutes because of darkness. Ironically, it ended in a 1-1 tie.

In the postseason, there are no ties. Games will be played until a winner is determined. All stadiums have lights now, so the games are not called because of darkness. However, there have been times that the games have been delayed or postponed because of the weather. Nonetheless, if a game is delayed, it will be resumed at a later time or day and play will continue until a winner has been decided.

Should MLB Games End in Ties?

While it seems as though 162 games offer plenty of opportunities for divisions to be decided and the playoff field to be drawn, adopting ties as a natural course of the season could make a long season even longer.

Some would argue that adding ties to the MLB repertoire could save pitchers’ arms, but there isn’t evidence to support that notion. A better argument could be that it would shorten the game time, but again the evidence doesn’t truly support that idea either. Roughly less than 10% of baseball games go into extra innings.

Ending in a tie would be anti-climatic. It is also not a part of baseball tradition. Soccer, hockey, and even football fans are used to the chance of the game ending in a tie. This is a variable that probably would not sit well with the average baseball fan.

In addition, it appears that baseball may be implementing new rules to speed up extra-inning games and increase the chances of scoring. In the meantime, we will leave the tying to other sports. Stay tuned for the walk-offs and game-ending saves.