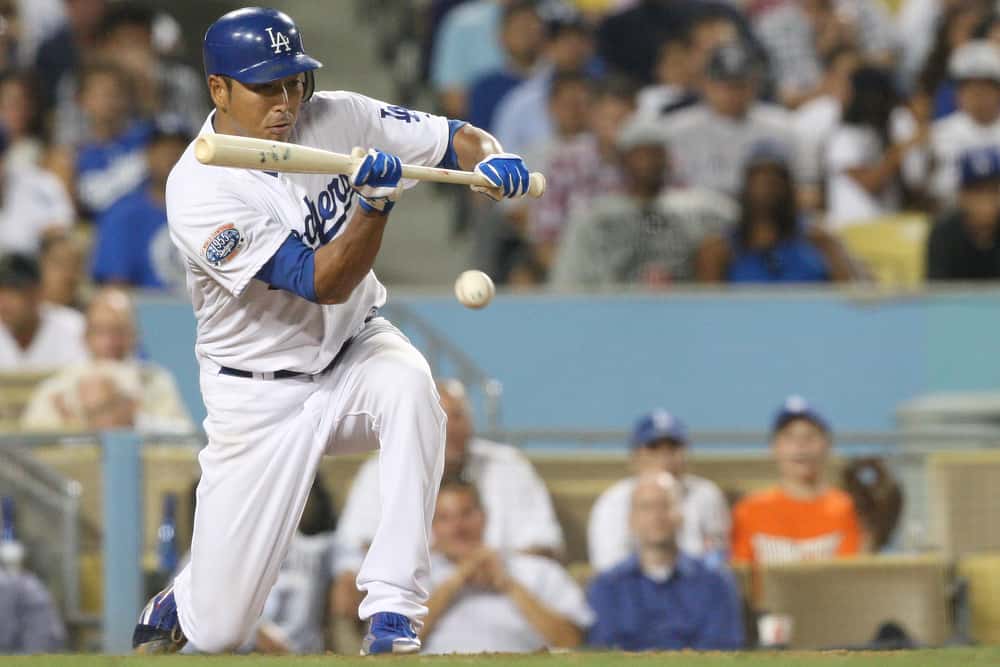 Bunting is an art. It is a skill that sounds simple, but only a few have been able to perfect it.

With the game’s transformation, teams are relying more on home runs and spectacular plays to lead them to wins. These plays may be great to see, but they are not that reliable. It is very common for a team to go cold on the offensive side. Once this happens, getting back into the groove of things can be extremely tough.

Bunting has been a part of baseball since the early years of its creation. It is a simple way to move baserunners or even attempt to get a hit. The teams that still rely on tactics like bunting can find success much more frequently than those that don’t. Some players throughout history were able to master the bunting technique. Doing this added a new phase to their skillset and increased their attractiveness to general managers and other teams.

When it comes to bunting, there are a few things you will have to switch up that are outside your normal routine. You cannot grip the bat at the bottom of the handle as if you were about to take full swing. Instead, you will want to have one hand on the handle while your other hand is gripped behind the thin piece of the bat barrel. By doing this, you create more flexibility and accuracy on your bunt.

The key to bunting is to receive the ball. It would be best never to push the bat toward the ball as you are bunting. One way to look at it is to pretend you are holding a net and you want to catch the ball in the middle of the net.

Another thing you will need to change is your foot positioning. Instead of having both feet facing towards the dugout, you will want to turn your feet more toward the pitcher and your body. The direction you face depends on where you are trying to bunt the ball. It can feel weird to change everything about your regular routine. This is why bunting is so difficult for the majority of baseball players.

The type of bunt you choose is based on your current situation. It is also dependent on your goal or objective. The four types of bunts are drag bunts, push bunts, sacrifice bunts, and squeeze bunts.

Both a drag bunt and a push bunt are bunts trying to get a base hit. These types of bunts are done by trying to catch the defense off-guard.

A push bunt is when a batter bunts the ball and pushes it towards the hole between first base and second base. By doing this, the second baseman will either have to come to make a play or run to cover first. It can also create a tough situation for the pitcher and first baseman if the bunt is placed well.

A drag bunt is a bunt that is hit down the third baseline. This forces the third baseman to run in and make a throw while running. It is a difficult throw that must travel a reasonably long distance.

Since both of these bunts are for hits, they are shown relatively late compared to other bunts. The batter will turn his body and show his bat for a bunt at the very last second to maintain the element of surprise.

A sacrifice bunt is used to move a baserunner to the next base. It is called a sacrifice because the offense sacrifices an out to advance a baserunner. The batter will show his bunt and turn his body before the pitch is released. He is not worried about catching the team off-guard, as his main goal is to bunt the ball on the ground and away from the pitcher. The two worst-case scenarios for a sacrifice bunt would be to bunt the ball up in the air or to bunt it directly at the pitcher.

A squeeze bunt is another sneaky type of bunt. This bunt can only be done when a baserunner is at third base. The runner will steal home as soon as the pitcher releases the ball. Once released, the batter will turn his body and show his bat for the bunt. His only goal is to bunt the ball to the ground. If he succeeds, the run will score, and the job is done.

Execution of the bunt

Bunting must be done in the right situation. The first pitch of an at-bat is typically a fastball. This would be a perfect opportunity to attempt a bunt.

A bunt must be hit on the ground instead of in the air. A bunt in the air is a terrible outcome that can lead to disaster. It will catch the baserunner off-guard and possibly get him out as well.

To avoid a bunt in the air, you will want to avoid some of these common mistakes. You should focus on receiving the ball instead of going to get it. If you push your bat toward the ball, it will not be an accurate bunt. By doing this, you also increase the chances of bunting the ball up in the air.

Another common mistake is to grip the bat too softly. This will make you unable to control the bat fully. The ball will push your bat back and most likely be inaccurate.

You can move on to the more advanced techniques when you become good at bunting. Sometimes coaches will call a fake bunt. The batter will show signs of bunting early but pull his bat back and not bunt. A batter also has the choice to pull his bat back and actually swing at the pitch. The fake bunt will force the infielders to charge in, which puts them in a bad situation if the batter decides to swing fully.

Bunting is a difficult skill to learn. Just like anything else, practice makes perfect. The more you work on your bunting, the more you will feel comfortable doing it. Bunting can be a big part of a team’s strategy going into a game, which is why it is crucial to be good at it and have it as part of your arsenal. Bunting adds a whole new asset to your arsenal. You can become an even better player by mastering the art of bunting.