Skip to content
One of the riskiest plays in baseball, but it can pay off big-time. 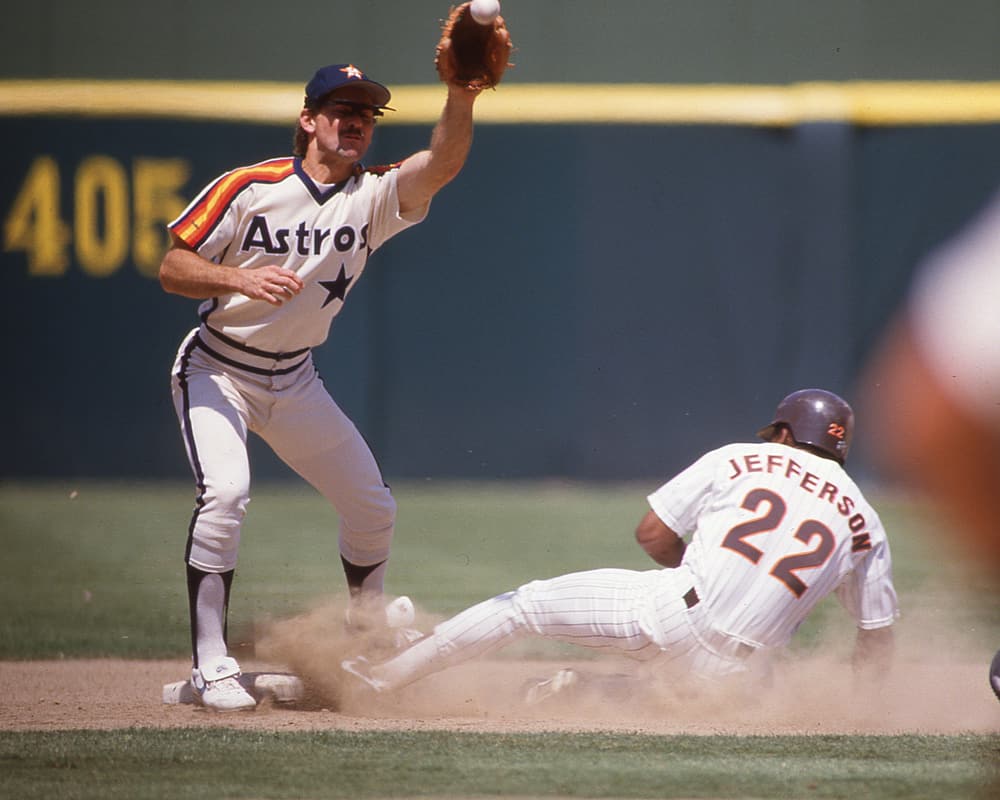 In baseball, a squeeze play is when the batter bunts the ball while the runner at third base tries to score. It’s a risky move, but it can be very effective if it’s done correctly. In this article, we’ll explain what a squeeze play is and how you can use it to your advantage on the field. Stay tuned!

A squeeze play is a type of bunt that gives a team a chance to score a run. A bunt is when a batter places the bat in front of him in hopes of lightly hitting the ball. If aimed correctly, it makes it very difficult to get the batter out. Now, if you add this to a runner stealing home, you have a recipe for disaster for the defense.

Purpose of a squeeze play

The purpose is the same as any other strategic play call in baseball, which is to score runs. If your team has difficulty scoring runs, strategies like squeeze bunts, hit and runs, and others can give your team that extra boost they need.

The squeeze play has a runner steal home in hopes that the batter gets the bunt down successfully. It can almost be seen as a hit and run, except it is really a bunt and run.

What is a safety squeeze play?

The batter will show his bat a tad bit earlier in a safety squeeze play. By doing this, he is SAFELY ensuring he gets the bunt down and not hitting it into the air where it can be caught. Coaches that want to play it safe will call it a “safety squeeze” instead of a “suicide squeeze.”

Both plays are consistent in the type of play, though. Both involve a runner at third base trying to steal home and a batter trying to get a bunt down. In some situations, the runner may only attempt to steal home once he sees the bunt laid down and the ball on the ground. This choice is dependent on each specific coach.

What is a suicide squeeze play?

A suicide squeeze is an all-or-nothing move to try and get a runner home to score a run. The batter will show his hand to bunt at the very last possible second. He does this to catch the opposing team off-guard, giving his team the best chance at success. The runner will steal home as soon as the pitcher begins his pitching motion.

The reason it is all-or-nothing is that if the bunt is hit into the air and caught, both players will usually be called out. The perfect situation for a play of this type is a late-game situation. Most of the time, this play is done in the later innings since many teams won’t be expecting it.

It is extremely difficult to defend a squeeze play unless you anticipate it happening. One way to defend this is to have the pitcher throw the ball high to the batter. This makes it more likely for the bunt to be hit into the air and caught. If the bunt is hit on the ground, it is nearly impossible to prevent the run from scoring.

What does it mean to be squeezed in baseball?

If you are squeezed in baseball, that means the team hitting has decided to steal home while also attempting a bunt. Both things happen simultaneously, which virtually leaves no chance for the defense if done correctly.

This is one of the few baseball plays where the result solely depends on one team. It is a play that is usually impossible to defend unless you know it is coming. A bunt put on the ground will already have the runner at least halfway home before the ball is even fielded. If the defense isn’t playing in, the fielder will never have the chance to get the runner out at home. They may still have an opportunity to get the batter out at first. However, the runner will almost always score if done correctly.

Does a suicide squeeze count as a hit?

Why is it called a suicide bunt?

It is called a suicide bunt because the batting team is in a do-or-die type of play. The batting team has three possible outcomes. It can be done perfectly where the runner scores and the batter is called safe at first. The more likely and still successful outcome is when the runner scores, but the batter is called out at first. It is also possible for the batter to hit the bunt in the air, which in turn will be caught. The runner will also be out because he has no chance to return in the third in time to avoid being doubled up.

Does bunting go against your batting average?

If the bunt is a sacrifice, the bunt will not go for or against your batting average. A bunt has been ruled a sacrifice when the batter is out, but the runner advances a base. This means the batter did his job and will not be punished for it. The entire point of a sacrifice bunt is to advance the runner to the next base.

How should teams defend a squeeze bunt?

The best way to defend a squeeze bunt is to have the infield play in. When a runner is on third, a squeeze bunt is always on the table. Even though it isn’t too likely, it will always be an option. One way to be safe is to always play your infield in or closer to home when there is a runner on third base.

When do teams call for a squeeze play?

Teams will call a squeeze play when there is a runner on third and fewer than two outs. A squeeze will rarely happen with two outs since the batter is usually called out at first. The team batting needs to have at least one out it can sacrifice in order to score the runner from third. You will usually see this play called in the later stages of a game.

How can pitchers defend a squeeze bunt?

Pitchers only have a few choices to defend a squeeze bunt. If the infield isn’t playing, the pitcher is the only chance the defense has at preventing a run from scoring. The bunt would have to be hit somewhere near the pitcher. Following that, the pitcher would have to be extremely quick and field the ball while continuing to make a throw to the catcher at home. In most circumstances, the pitcher will need more time.

What is a double squeeze in baseball?

A suicide or safety squeeze is another strategy tactic that is used to manufacture runs in baseball. It can be easy to score a run and catch the defense off-guard in the right situations. While it can be beneficial, it can also end up as a disaster. The batter must bunt the ball on the ground, or else he creates the possibility of himself getting out and the runner. It is a beautiful play when executed correctly. Now that you know what a squeeze play is, give it a try at your next game!