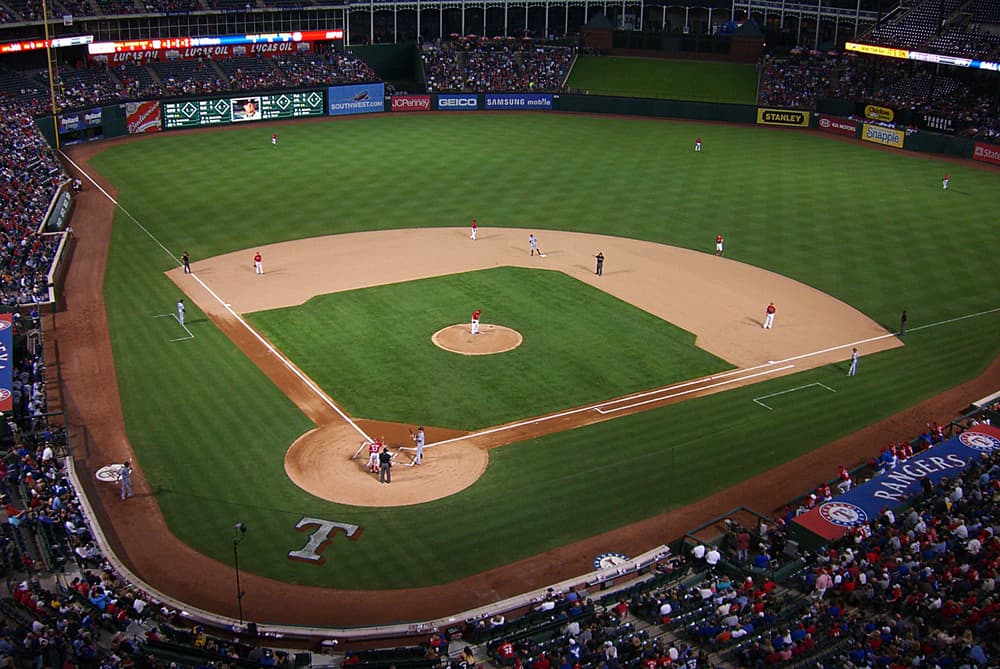 Baseball is a game of tradition. Some fans love the tradition of the game but prefer the comforts of renovation and remodeling. As a fan, you may want to visit some of the older stadiums for the history. You may also want to visit some of the newer stadiums to see what attractions they have added for fans of all ages. Here are the 10 newest stadiums that you could visit as a fan.

Just like Citizens Bank Park oh, Petco park opened in 2004. It is located in San Diego California and is home to the San Diego Padres of the National League. The park holds the distinction of hosting the largest attended college baseball game which opened the park in 2004. The address of the ballpark honors one of the most well known former Padres players – 19 Tony Gwynn Way. Petco Park’s style is a retro-modern, open-air design. It seats 40,209 fans.

You will find Citizens Bank Park in Philadelphia, Pennsylvania. Citizens Bank Park is home to the Philadelphia Phillies of the National League. Citizens Bank opened in 2004 and replaced Veterans Stadium. It is an open-air stadium with a grass and dirt playing field. The park features another number of amenities such as two different bar and grills, a team Store, a playground for kids, and a lighted replica of the Liberty Bell. Park serves several local favorites like cheesesteaks, soft pretzels, hoagies, and Yuengling beer.

Busch Stadium is the third iteration of the ballpark that is home to the St Louis Cardinals. it opened in the year 2006 and seats 44,494 fans. Locally it is known as Busch Stadium III and was built partially in the same territory as the previous stadium, Busch Memorial Stadium. Construction cost of Busch Stadium was $365 million.Unlike the previous Busch Stadium, the new Busch Stadium offers a view of the downtown Skyline. It has an expensive scoreboard in the Outfield to display all out of town games. concessions available in the park range from bratwurst and nachos and peanuts two things like toasted ravioli and other local favorites. Budweiser owns the beer contract for the stadium but several craft breweries from the area can be found in multiple locations.

Located in the nation’s capital is Nationals Park home to the Washington Nationals. Nationals Park was built in 2008. it has a retro modern design and is open air. as of Brassfield and a seating capacity of 41,339 fans.  it has the distinction of being the first certified Green Park for a major sports team in the US. The park has 79 suites on 3 levels. Originally there was a clear view of the US Capitol from the upper deck, however that view has been obstructed by recent construction.

The current Yankee Stadium was built in 2009 and is located in the Bronx, New York. It is home to the New York Yankees of the American League. It replaces the original Yankee Stadium which was dubbed the house that Ruth built. Depending on who you ask locally the new Yankee stadium may be known as the “House that Jeter built” or the “House that George built”. Yankee stadium is the third largest ballpark in the MLB and cost 2.3 billion dollars to build. It seats 46,537 fans. The outside of the stadium is meant to look like the old Yankee Stadium. the inside of the stadium however is more modern and has several more amenities that the old stadium did not have.

Across town in Queens, New York, you will find the next stadium – Citi Field. It also opened in 2009. The park replaced Shea Stadium. The cost of the project was $900 million. The park is home to the New York Mets of the National League. It features a grass field and is an open air stadium. Seating capacity is 41,922 fans. Citi Field features a Jackie Robinson Rotunda. This can be found in the front entrance of the park. The newer park also features an old tradition – the Home Run Apple. The Apple rises to signify that a Mets player has hit a home run.

You can find Target Field in Minneapolis, Minnesota. It is home to the Minnesota Twins and was built in 2010. Target Field holds 38,544 fans. It is also designed with the retro-modern look. It has a grass field and is an open-air ballpark. The open air concept is a break from the previous stadium, The Metrodome, which was completely climate controlled. Target Field attained LEED Gold certification in 2017. The concessions feature items ranging from State Fair Foods (all found on a stick) to a rather large vegan selection of foods.

LoanDepot Park is located in Miami Florida. It is home to the Miami Marlins. It has a contemporary design complete with a retractable roof. The park opened in 2012 with a seating capacity of 37,442. You will find that it is one of the smallest ballparks both in size and seating capacity in the league. It achieved LEED Gold certification in 2012. The park features a home run sculpture, a bobblehead museum, a parking complex and trolley service, and much more.

Truist Park is home to the Atlanta Braves and opened in 2017. You will find it in Cumberland, Georgia. It seats 41,084 fans. It has a retro-modern design and features a grass and dirt field. It has an open-roof construction.  The park features a Monument Garden (honoring memorable Braves events and players such as Hank Aaron), a large Wi-Fi Network that can support nearly 14,000 users, and nearly 1,400 televisions all over the park. The planned budget for the park exceeded $670 million dollars.

You will find the newest MLB stadium in Arlington, Texas. Globe Life Field is home to the Texas Rangers and opened in the year 2020. it has a retro modern Construction complete with a retractable roof and artificial turf. It seats 40,300 fans. Construction costs exceeded $1 billion dollars. In addition to baseball, it has hosted football and rodeo events. The distances of the ballpark are significant because they honor the retired numbers historical seasons for the team.