Skip to content
A closer look at the origins and use of rosin bags in baseball. 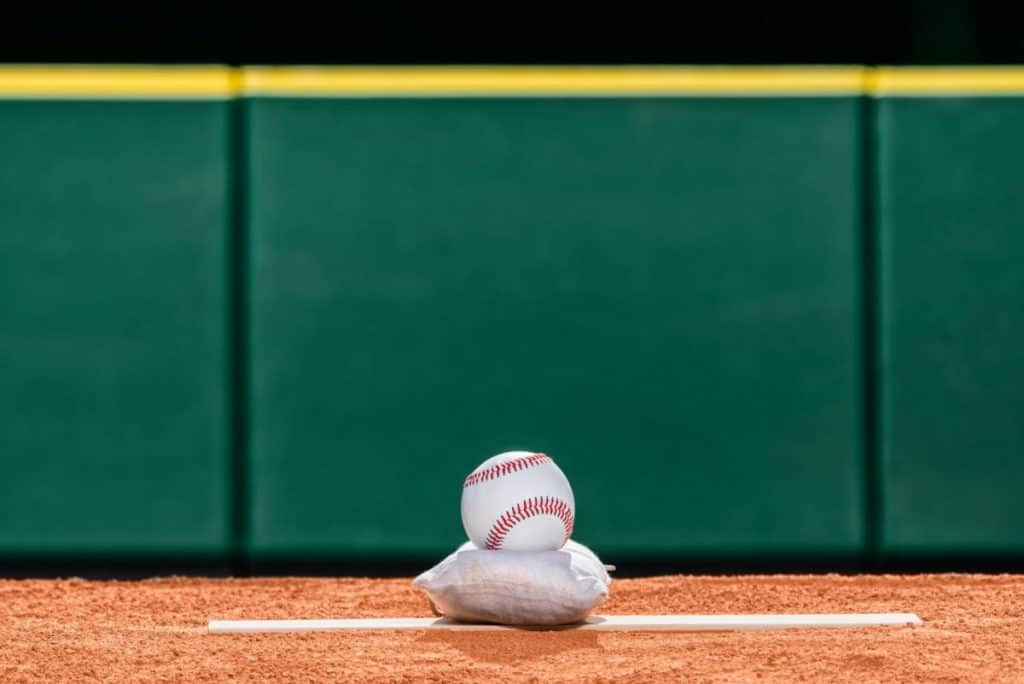 A rosin bag is an essential piece of equipment for any pitcher in baseball. But what is a rosin bag, and where does it come from? In this blog post, we’ll take a closer look at the origins and use of rosin bags in baseball. Stay tuned!

Big league hurlers have been seeking ways to enhance their grip on baseballs for more than a century. Pitchers need a good grip on the ball to throw it more accurately, and various illegal foreign substances have been utilized over the years to give pitchers a firmer grip.

Major League Baseball allows hurlers to use a rosin bag during games to manage perspiration on their throwing hand and enable them to grip the baseball better. Rosin bags are located behind the pitching mound but can also be found in the back pockets of pitchers during rainy games.

What is a rosin bag?

A rosin bag is a small pouch filled with rosin powder that helps players enhance their grip on the baseball. Pitchers are allowed to keep a rosin bag on the field during games, primarily in the rear of the pitching mound.

Rosin powder is a combination of pine resin and magnesium carbonate powder that absorbs perspiration and enables pitchers to keep their throwing hands free of sweat. It is often called powdered pine tar, a sticky, chalk-like substance.

History of the rosin bag

The history of the rosin bag was first reported in an 1887 Cincinnati Enquirer game report, according to Peter Morris’s book A Game of Inches: The Stories Behind the Innovations That Shaped Baseball.

Rosin and other foreign substances used by pitchers were prohibited in 1919. But the National League lifted the restriction in 1925 and the American League in 1931 because enforcing the ban proved too difficult.

How does rosin powder help?

Rosin powder helps pitchers get a better grip on the baseball by keeping their throwing hands dry. It is a grip-enhancing agent that infielders also use to reduce the sweat on their hands, while some hitters use rosin powder to improve their grip on the bat.

Without rosin bags, pitchers with perspiration on their throwing hands will not be able to throw accurately. In today’s game, with numerous flamethrowers throwing fastballs from 95 to 99 mph, it is necessary for safety reasons to help pitchers get a better grip on the baseball.

General rules of the rosin bag on the baseball field

The general rules of the rosin bag on the baseball field were changed in 2020 because of the pandemic. Before COVID-19, one rosin bag was situated on the field that was available to all pitchers. But due to the pandemic, pitchers were allowed to have a personal rosin bag that they carry onto and off the field whenever they pitch.

What’s the difference between rosin and pine tar?

The difference between rosin and pine tar is that one is a chalk-like substance, and the other is a thick and sticky liquid. Rosin is also white, and pine tar is a blackish-brown color.

Is rosin legal in baseball?

Rosin is the only legal grip-enhancer allowed in baseball and helps pitchers manage sweat on their throwing hands. The White, sticky substance enables pitchers to get a better grip on the baseball.

Why is rosin legal and other substances aren’t?

Rosin is legal, and other substances are not because it helps a pitcher get a firmer grip on the baseball by combating sweat on their throwing hand. Unlike other substances, which are excessively sticky, rosin does not increase spin rates in a manner that provides pitchers a significant advantage.

How to use rosin bag in baseball

Using a rosin bag in baseball is necessary when your hand becomes sweaty or if the game occurs in the rain. Since it is difficult to grip a baseball with a wet or sweaty hand, a rosin bag will help dry a slippery hand while at the same time improving the grip on the baseball.

The best way to use a rosin bag is to hold it in your throwing hand, toss it up gently, and let the bag land on your fingers. Repeat the process several times before rubbing the powder with your thumb and fingers.

Rosin bags are not very sticky unless your hands are sweaty or damp.

What is baseball rosin made from?

Baseball rosin is a sticky substance produced from the sap of pine trees and purified into a powder.

Is rosin banned in MLB?

Rosin is not banned in Major League Baseball, and pitchers are allowed to use rosin on their hands, wrists, and forearms to combat perspiration.

Rosin bags are allowed in little league to dry the hands of pitchers as long as the umpire supervises the process.

What can I use instead of rosin bags?

Instead of rosin bags, you can use a mixture of cornstarch and baking soda placed inside a sock to manage sweat on your throwing hand.

Rosin bags are necessary to help pitchers keep their hands dry so they can grip the ball even better to throw the ball accurately.

What kind of rosin bag does MLB use?

Where to buy a rosin bag?

Rosin bags can be purchased online or at most retail sporting goods establishments.

How long does a rosin bag last?

A rosin bag can last from a few days to one week, depending on how much it is used during games.

Get a grip with a rosin bag!

Rosin bags have always posed a dilemma for MLB since pitchers are always on the hunt to find ways to get a firm grip on the baseball. The rosin bag helps the pitcher’s hands stay dry so they can throw the ball more accurately.

Now that you know what a rosin bag is and it’s uses, consider using one to pitch your next game!