Skip to content
A pitch that hits a batter is referred to as a hit by pitch. Learn about this rare occurrence. 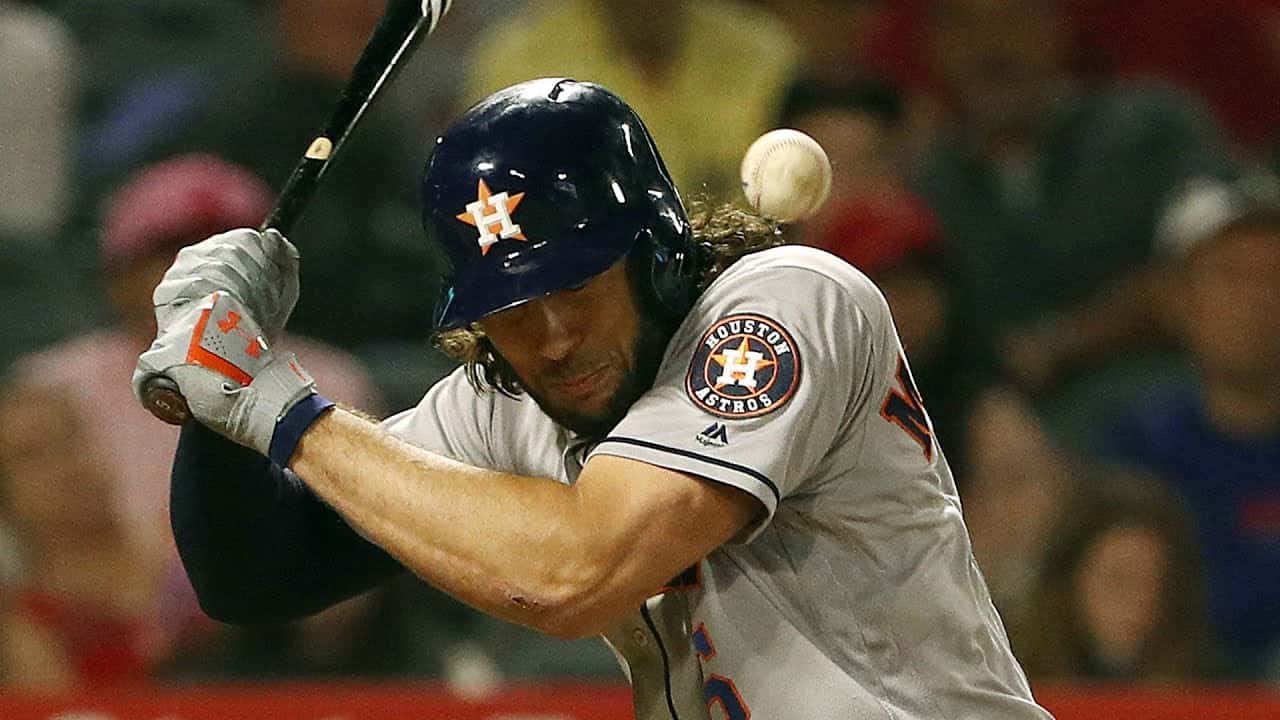 You may have heard of the term “Hit By Pitch” or HBP. What does it mean?  There are several ways in which an at-bat can end. A batter can walk, reach base on an error, get a hit, or sometimes the hitter gets hit. Simply put, a Hit By Pitch (HBP) is when the pitcher’s pitch hits the batter. There are some exceptions to this rule, but generally, it results in a hitter reaching first base.

What happens if you get hit by a pitch?

If a batter is hit by a pitch, the play is immediately ruled a dead ball play—meaning all action stops. The hitter is awarded first base and may not advance beyond it during this dead ball play. Runners may only advance if they are forced to do so.

Depending on the situation, you may see the umpire warn both benches. If the umpire feels as though the pitcher may have intentionally hit the batter, they may warn both teams in order to avoid any sort of revenge. Umpires will do this in order to maintain order within a game.

If the umpire has already warned both benches or if they feel that a pitch was thrown maliciously, they may choose to eject the pitcher immediately from the game. Another step that you may see is that an umpire may eject a manager if they have given warnings. Though it is rare, managers can get ejected—especially if the umpire feels like the coach ordered the pitcher to hit the batter.

In some cases, you will see batters charge the mound when a pitch has hit them. If the batter feels that the pitch was dangerous (specifically if it was aimed at the head, behind the head, or at a joint) and was meant to injure them, they may charge the mound. Charging the mound is against the rules and will result in an automatic ejection from the game.

Another way that a pitcher can get ejected after hitting a batter is determined by their conduct after the play. You will notice that some pitchers will yell at or trash-talk a hitter as they walk down to the first base. In some cases, the pitcher antagonizes the batter to the point that there is a fight. In these cases, some umpires will eject the pitcher and the batter.

Finally, the benches may clear depending on a number of variables (such as where the batter got hit, why they got hit, the score, and more). If the HBP was malicious or interpreted as malicious, then the benches may be empty, and the players may fight. This is an important reason why umpires try to maintain control of the ballgame–so emotions do not get out of hand.

Why does this happen?

Why do HBPs happen? There are many reasons why batters get hit by pitches. The most common way is for an innocent reason. Sometimes the pitcher simply loses control of the ball and goes too far inside. This is not uncommon, especially when a pitcher throws two seamers, cutters, or anything with movement. Sometimes the pitch simply gets away.

Sometimes the batter moves into the pitch. That’s right—sometimes, the batter intentionally steps into a pitch. If a team needs a baserunner and the opportunity is there, some batters will “wear the pitch.” There is a trick associated with this.

The rule states that the batter needs to make an attempt to get out of the way. You aren’t allowed to simply step into a pitch. With a little bit of acting and positioning, you can pull this off. Many batters will lean into the ball’s path while turning their shoulders and upper body away (back towards the umpire) from the pitch. It gives the allusion that you are trying to avoid the pitch, but in truth, you are leaning into it.

Another reason why a batter is hit by a pitch is that the pitcher wants to hit them. This gets a little complicated because it will depend on the player, the team, and the situation. If the pitcher believes that the batter has broken one of the many unwritten rules in baseball, they may choose to hit the batter.

For example, if a batter hits a home run and struts down the line, exaggeratedly flips their bat, or watches the ball leave the ballpark, the pitcher may feel as though they are being shown up. If the other pitcher hits a batter, your pitcher may choose to retaliate if they think it was done on purpose.

There are a lot of reasons that players give for hitting a batter. These are just some examples. Generally, if a pitcher hits a batter on purpose, it is meant as a form of discipline or revenge. You might not always be able to tell if it was intentional.

How often are batters hit by pitch?

The HBP average has gone up each year for the last four seasons. The current average is almost one batter per game. The reason why this is increasing could be for a few reasons. The pitchers are throwing harder now. Velocity is not always paired with control.

How to overcome the fear of getting hit by a pitch

There are some simple things that young players can do to overcome their fear of being hit by a pitch. Teach players how to turn away from pitches. Just like some athletes have to learn how to fall, hitters must learn how to protect themselves from pitches.

The easiest thing to do is to use soft baseballs or tennis balls and throw them at the batter. Teach the young player to do two things—first, turn away from the pitch (turn back to the umpire in the same direction as the plate). Second, take the bat down with you. Make it a game.

Don’t throw the ball hard, but throw soft pitches at the batter and try to hit their bat. If they turn in and back to the umpire, they will shield their face and chest (two of the most dangerous places to get hit), and by pulling the bat down, they can avoid accidentally getting the bat hit and having it ruled a foul ball.

The other important thing for young players to learn is to watch for the pitcher’s release point. If they know where the pitch is coming from, they will have a better chance of success at the plate. It also never hurts to remind young players that they have a bat to protect themselves from the ball!

How does hit-by-pitch affect the batting average?

HBP does not affect the batting average as it is not considered an at-bat.

Who leads the MLB in hit by pitch?

This year, Mark Canha led the league by getting hit 28 times.

Why isn’t being hit by a pitch included in the whip?

Only walks and hits are counted in the whip. HBP is considered a dead ball.

Is a hit-by pitch a dead ball?

Is it a hit by pitch on a bounce?

Yes. Batters can also hit a ball that bounces.

Does a hit by pitch count as a walk?

Is a hit by pitch an at-bat?

It is not considered an official at-bat.

Can you refuse to be hit by a pitch?