Skip to content
Learn about a statistic that can make or break your baseball team. 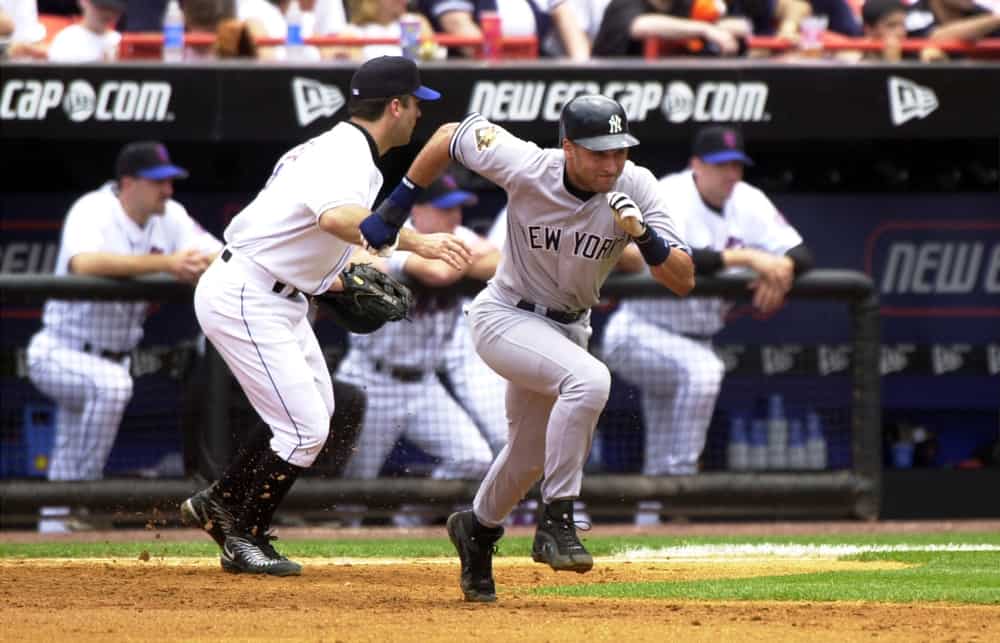 Left on base explained

LOB, or left on base, is a statistic that refers to how many runners are stranded on the base paths at the end of an inning.

Also, when a batter hits into a fielder’s choice and causes a runner to be tagged or forced out to end the inning, that baserunner is regarded as left on base.

Examples of LOB in baseball

What are runners left on base?

Runners Left on Base refers to the baserunners left on base when an inning ends. The LOB statistic is widely used to determine how many runners were left on base for the entire game. LOB does not include any runner(s) who recorded the final out of an inning.

How is left on base calculated

Left on Base Percentage (LOB%) is calculated by dividing how many runners a pitcher leaves stranded on the bases at the end of an inning by the total number of baserunners they allow. LOB%, also called Strand Rate, only counts runners when a pitcher completes an inning.

For example, a pitcher who allows four baserunners during his appearance and only gives up one run will have a 75% strand rate. A pitcher’s strand rate does not change if he is replaced by a reliever who allows an inherited baserunner to score.

Why do baseball teams care about LOB?

Baseball teams care about LOB because it describes the number of baserunners that might have crossed home plate but never scored. Scoring runs is essential in baseball, and LOB helps teams evaluate their success in scoring and preventing runs.

LOB is also a flexible statistic that can be used together with BABIP and other hitting metrics when assessing a pitcher’s performance.

Is there any connection between winning games and a low LOB?

Since other baseball statistics play a role in the strand rates of teams, a low LOB does not guarantee a winning record. Thus, the connection between winning games and a low LOB is irrelevant.

How can LOB be a misleading metric?

LOB can be a misleading metric because a runner reaching base can be erased from the base paths in various scenarios.

A baserunner who is picked off or caught stealing or runners who are out on double plays and putouts, are not counted against LOB. A runner has to be left on the bases when the inning ends to be recorded as a LOB.

Who leads major league baseball in men left on base?

New York Mets teammates Francisco Lindor and Pete Alonso lead Major League Baseball in men left on base with two weeks left in the 2022 regular season. The duo has stranded 273 runners apiece for the playoff-bound Mets.

While LOB is a vital baseball statistic that describes the number of runners left on base, it is lacking in certain areas. LOB does not provide the ratio of baserunners and how they are affected by putouts, caught stealing, and double plays.

LOB also does not refer to the number of runners in scoring position, which is a vital component of scoring runs. LOB is an excellent measurement to gauge a team’s inability to get clutch hits, but other statistics provide a more complete picture regarding run-scoring.