Skip to content
RISP stands for “Runners in Scoring Position.” Learn the importance of RISP in Baseball 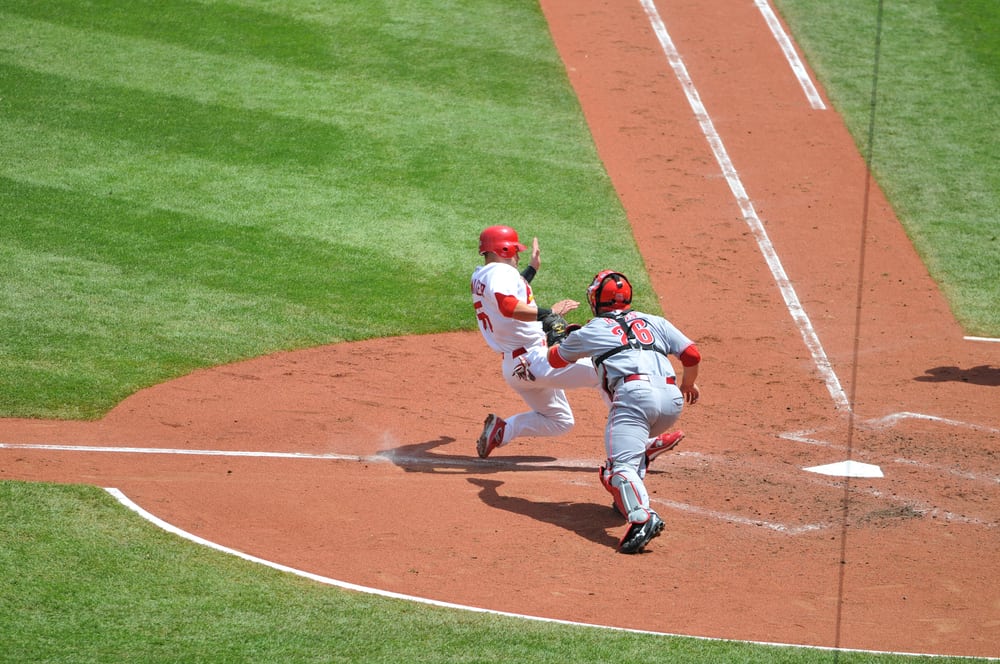 RISP stands for Runners in Scoring Position. It’s a statistic that baseball fans and analysts keep track of, to see how well a team is doing at getting runners on base, and then getting them to score. But what does RISP really mean for a team? And which teams are the best at it? Read on to find out!

The RISP stat is an essential tool for teams and managers to analyze the performance of their offenses. The metric helps teams forecast how many potential runs are on base in a game and throughout a season. RISP also identifies which players are adept at driving in runs by performing in “clutch situations” with runners in scoring position.

Although RISP is a popular statistic for baseball fans, Major League Baseball teams prefer WPA or Win Probability Added. This metric attempts to forecast scoring changes to determine the contribution of a specific player to his team’s win.

What is RISP in Major League Baseball?

Highest career batting average with RISP in the past 55 years

How is baseball RISP calculated?

When is a baseball player in scoring position?

A baserunner on first base is not considered in a scoring position because it would take more scenarios for them to score. Runners on first base need the batter to collect an extra-base hit to score and cannot score on a single, balk, wild pitch, squeeze bunt, or sacrifice fly.

Why is second base the starting point for runners in scoring position?

Second base is the starting point for runners in scoring position because baserunners who reach second base can score on a single. A runner on first base can only cross home plate if the batter connects for an extra-base hit, while runners on second and third can score a run on a base hit.

Strategies for hitters when runners are in scoring position

Strategies for hitters when runners are in the scoring position include several sacrifice plays. With a runner on second base and less than two outs, the hitter can use a sacrifice bunt or hit a ground ball to the right side of the infield to advance the runner to third base. The same scenario with a runner on third base requires the hitter to hit a flyball to the outfield or a squeeze bunt to help the baserunner cross home plate.

What happens if baserunners are left in scoring position at the end of an inning?

Why does the MLB calculate runners in scoring position as a stat?

It also aids managers in analyzing why their team scored a certain number of runs in a particular game. For example, a team that collected 12 hits but scored only two runs did not have many base hits with runners in scoring position.

How does small ball baseball fit into RISP?

Small ball baseball fits into RISP because some teams prioritize getting runners into scoring position. The small ball strategy relies on walks and singles instead of extra-base hits to score runs. Teams emphasize getting baserunners on first base and then manufacturing runs by utilizing sacrifice bunts, stolen bases, hit-and-run plays, and sacrifice fly balls.

Small-ball baseball is commonly used in the latter innings of a close game when a team needs one run to tie the game or is trying to expand a narrow lead. This tactic favors teams that possess players with good speed and bat control at the plate.

Who has the most all-time home runs with RISP?

RISP is a valuable statistic because it helps teams analyze how effective their offenses are when runners are in scoring position. Scoring runs is a vital part of winning baseball games, and RISP allows managers to identify which players are successful at driving in runs. The metric can be expanded to other stats, including OPS, slugging percentage, and RBI.

Now that you know what RISP means in baseball, you can use the metric to analyze your favorite team’s offense.