Skip to content
See how it’s calculated, why it matters, and the best hitters with high OPS in MLB 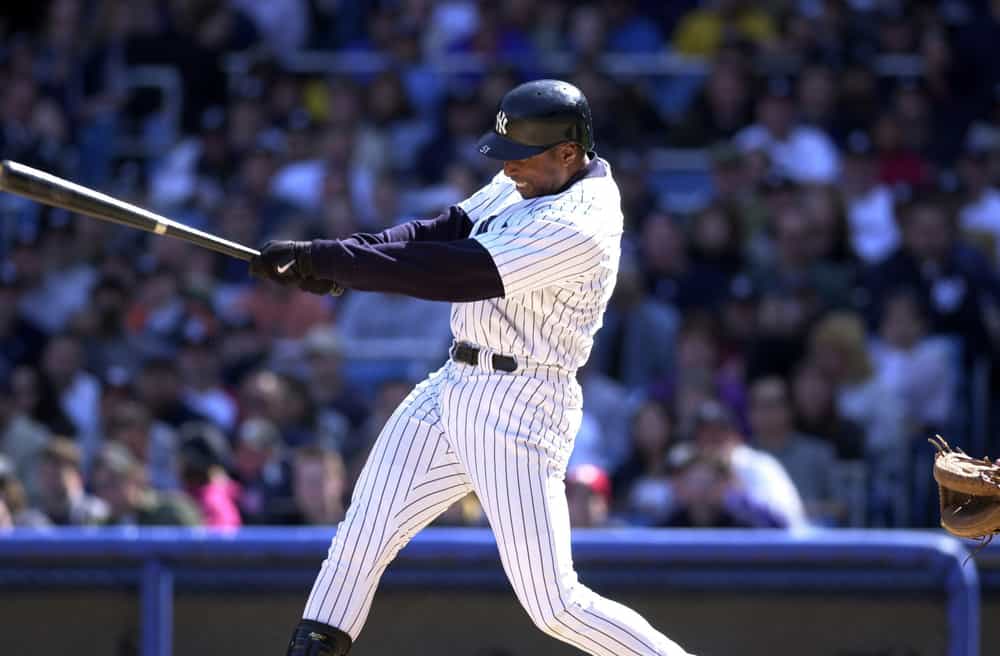 OPS in baseball is one of the many statistics that players and fans use to evaluate players. But what is OPS and why is it important? In this blog post, we will break down OPS and explain its importance in the game of baseball.

On-base plus slugging, or OPS is a baseball statistic that combines on-base percentage (OBP) and slugging percentage. OPS is a popular stat used more often than the batting average by major league players and teams to determine how well a hitter performs at the plate.

The OPS reveals how a hitter contributes to the run production of his team by how successful he is at reaching base safely and by the number of extra-base hits he collects. Reaching base without making an out and hitting for power is essential to producing runs in baseball.

An OPS is a sabermetric baseball statistic combining a hitter’s on-base and slugging percentages. The goal of the stat is to determine how well a player reaches base safely and hits for power.

The OPS provides insight into a hitter’s ability to produce runs and was initially referred to as “production.” An OPS of .800 or higher in the major leagues indicates the player is an above-average hitter.

Why is OPS a good start?

OPS is a good start for many reasons. Not only does OPS indicate whether a batter is hitting with power, but it also provides insight into how often a player reaches base safely. A high OPS generally means a player is not racking up a lot of singles but is producing more extra-base hits that lead to more runs for his team.

What is a good OPS in baseball?

What is the average?

The average OPS in Major League Baseball changes from season to season but usually ranges from .720 to .760.

A player with an OPS of 1.000 or better is enjoying an MVP-caliber season.

How is OPS calculated in baseball?

Another player has produced the following slash lines. They have an on-base percentage of .450, and their slugging percentage is .500. Thus, when you add the OBP and SLG together, the hitter has a .950 OPS, which indicates they are having an All-Star and MVP season.

OPS’s criticism includes distorting a batter’s contribution to their team by putting an excessive value on extra-base hits while the on-base percentage is undervalued.

Another critique of OPS is that on-base percentage uses plate appearances as a denominator in fraction form, yet slugging percentage uses at-bats. The result is two mixed fractions, and adding two fractions with different denominators is impossible.

Are there better stats than OPS?

Weighted On-base Average (wOBA) and Weighted Runs Created Plus (wRC+) are better stats than OPS. wOBA is a statistic that factors in how a player reaches base. It also measures players’ odds of crossing home plate after getting on base. The stat aims to provide the total offensive value that a hitter contributes to his team.

Weighted Runs Created Plus calculates a batter’s offensive production better than OPS. It is a hitting statistic related to run creation and considers everything a hitter does at the plate. Batters with high slugging percentages, fewer strikeouts, and more walks generally have a higher wRC+.

OPS+, or On-base Plus Slugging Plus, is the on-base plus slugging percentage for a player that factors in the stadium and league he plays in. An OPS+ of 75 or below is not good, while 125 would be very good. An OPS+ of 150 or more would be considered excellent. Babe Ruth has the highest OPS+ of all time, with a 206 OPS+.

OPS vs. Batting Average: Which is better

Do Sacrifice Flies Count in OPS?

Who has Highest Career OPS

Who has Highest Single Season OPS

OPS is a valuable statistic to gain insight into the offensive performance of a hitter. It highlights how often a player reaches base safely without making an out while also revealing how many extra-base hits the player has recorded. These metrics help to identify a hitter’s ability to produce runs for his team, and scoring runs is an essential component of baseball.

But OPS is not without flaws. OPS uses on-base and slugging percentages even though OBP utilizes plate appearances as a denominator in fraction form, while SLG uses at-bats. OPS is also criticized for putting less value on OBP and overvaluing SLG.

OPS is a compelling sabermetric stat, but other statistics offer a complete picture of a hitter’s offensive performance.

Now that you know what OPS is, put your new knowledge to use when watching your favorite team play this season!