Skip to content
This helpful baseball statistic takes runs created and levels it out across multiple factors, making comparisons between players easier. 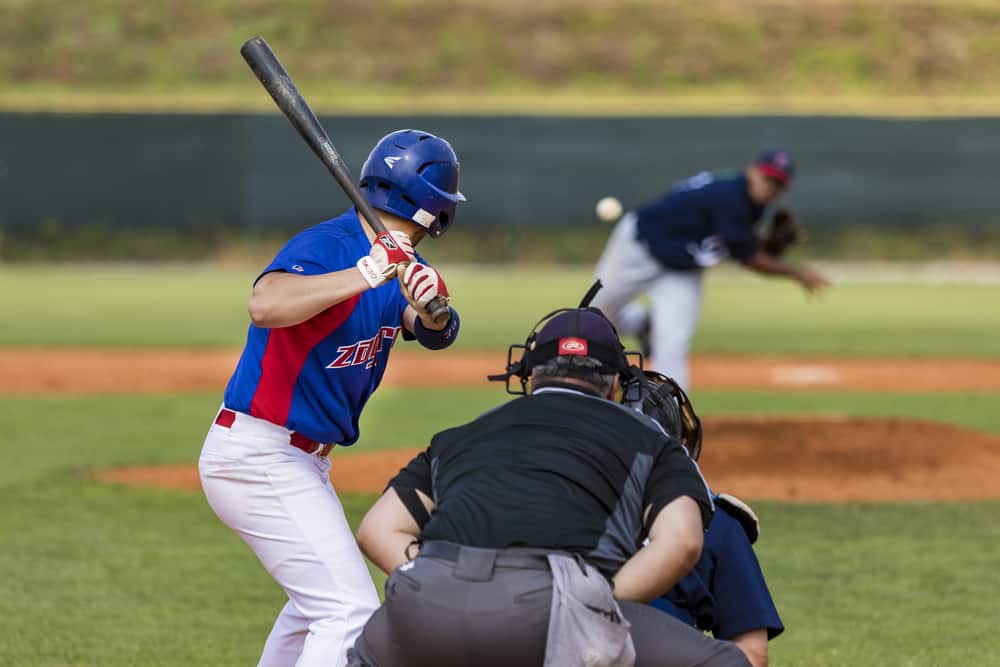 In baseball, there are many stats that can be used to evaluate a player. Some of these stats are well known, such as batting average and RBIs. But, some stats may be less familiar to fans, such as wRC+. What is wRC+, and what does it tell us about players? Let’s take a closer look.

The statistic wRC+ is a great one to use when arguing in your local barbershop or ice cream parlor. If you like to compare athletes that play in different eras or stadiums, this statistic can support or demolish your argument.

What is wRC+ in baseball?

The metric wRC+ measures the runs created by a player. It weighs them based on other players in the league and the benefits and drawbacks of ball fields.

Simply stated, wRC+ takes the runs created stat and levels it out across multiple factors. This makes comparing players in different leagues, ballparks, and eras easier. So when people talk about the “historical significance” of what a modern player is doing, wRC+ helps to highlight that.

How do you calculate wRC+?

Just like any other baseball statistic, there’s a formula to figure out wRC+:

Advantages of using the wRC+

The biggest advantage of wRC+ is that it normalizes statistics.

For example, suppose you have a hitter that plays primarily in a batter-friendly ballpark. In that case, you can more accurately compare that hitter to another player who may play primarily in a pitcher-friendly ballpark. The weighting matters because it attempts to consider the average of other players in that period, league, ballparks, etc. If you want to compare players from different eras, you can more easily do so with the wRC+.

Simply put, wRC+ is a more holistic approach to studying the offensive capabilities of a player. Want to know their output? This will serve you more than what the batting average or OPS will tell you.

Disadvantages of using the wRC+

There are a few disadvantages to wRC+. The first issue might be the amount of math involved, but if you are looking to do in-depth statistics, it is kind of expected.

Another issue is that you will receive a rating for a player, but you don’t necessarily get all the details. While you might realize that a player is at, above, or below the league average, you may need to learn why they are there. You will not know if a player walks more or hits more for power. You must know where they are in relation to the league average.

Another important drawback to consider is that these statistics are measured by the output at the plate. It does not include baserunning. You may have a player who hits doubles, but are they good baserunners? You would not be able to know that through wRC+.

This statistic is useful if you are simply looking for a quick and easy way to see which batters create runs. It is helpful because it takes the league and several variables into account.

If you are trying to compare batters who play in different leagues and not only play in various parks but also face different pitchers, then wRC+ may be the stat for you. This could be a great stat to use as a manager.

Who are the all-time wRC+ leaders?

Barry Bonds and Babe Ruth sit first and second in a single season, respectively, as the all-time wRC+ leaders. Bonds had a wRC+ rating of 244 in 2002. This bested Ruth’s record from 1920 of 237.

Modern-day uses of wRC+ can vary. You could use the statistic when trying to draft a fantasy team. General managers might use it to determine if a trade is worthwhile. The average fan may use it to compare how a player is doing historically. There are many different eras in baseball and many factors that can help determine an outcome.

Who has the best wRC+ in baseball?

How important is wRC+?

For some statisticians, this is an important stat. You will find it relatively easy, but more importantly, it is a complete look at a hitter than batting average or OPS. When people make comparisons, they like it quick and easy. The weighting of the statistics allows a quick and easy way to compare players.

What is the MLB average wRC+?

The way that the statistic is set up, 100 is meant to represent a league-average hitter. So if you have a wRC+ of 90, you are 10 points below average. Aaron Judge’s mark (mentioned above) of 207 is 107 points above average.

What is a good wRC+ in baseball?

Anything above 100 would be considered above average. Simply put, a good wRC+ is going to be 100 or higher.

Is wRC+ better than OPS+?

There are several different statistics to choose from–it’s kind of what baseball is famous for. There seem to be statistics for everything imaginable. So how do you know which ones to use and when to use them? The best bet for the average fan or coach interested in using statistics is to try them out and get familiar with them.

When I coached middle school baseball, my assistant coach kept track of a multitude of statistics. Some of the stats I used in-game to make decisions, and some we gave to kids at the end of the season to provide them with an idea of what to work on. You’ve heard the phrase, “Numbers don’t lie.” You could follow that statement with the question, “What story do those numbers tell?”