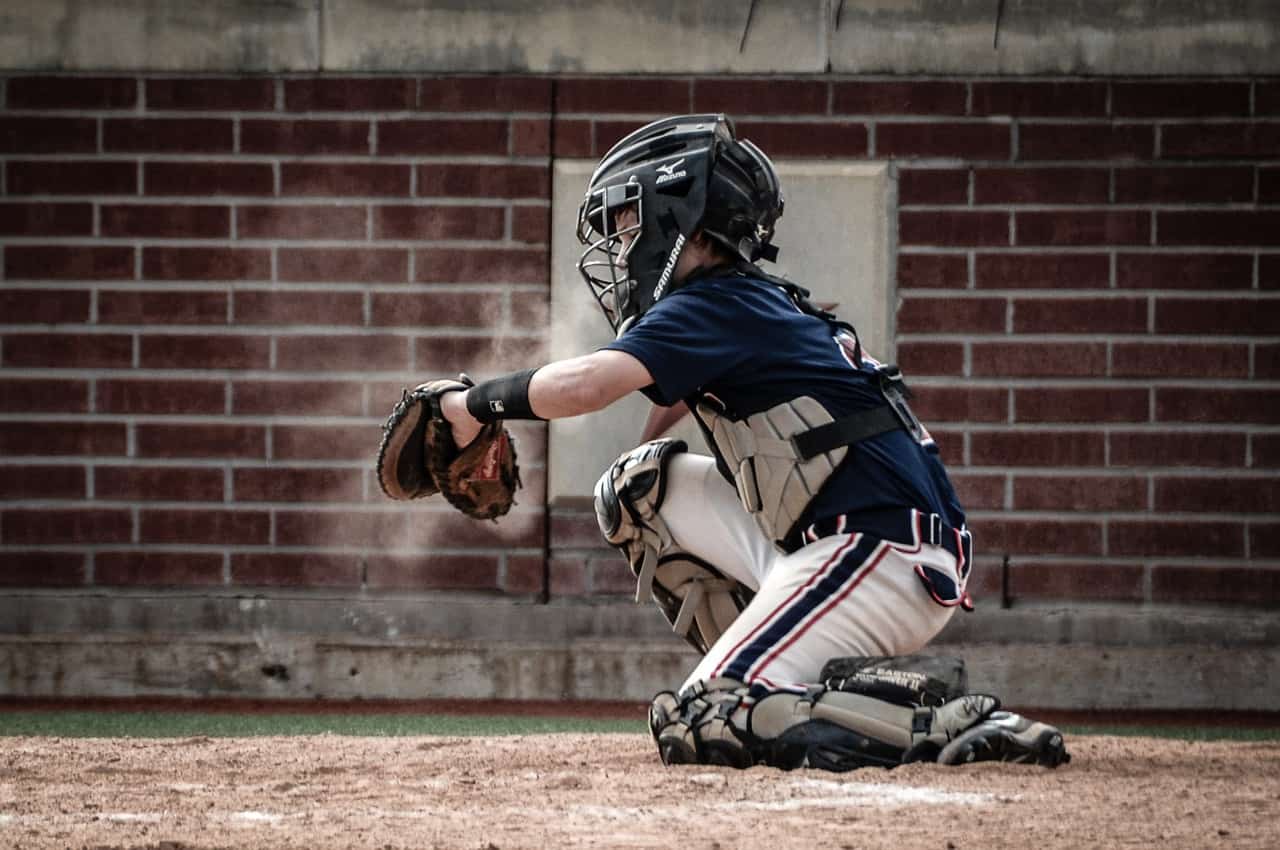 Part of the charm of baseball is the human element. Hitters miss pitches, runners get picked off and throws sometimes miss the mark. Runners advance and score because of passed balls and wild pitches. So what is the difference?

However, what is important to note is that both occur when there is at least one runner on base. These mishaps can be costly, and can, at times, decide a ball game. They are also statistics that can show you if a battery (a catcher and pitcher) is a good fit.

If a pitcher throws a ball so errantly that it gets past the catcher and allows the runner to advance at least one base, it is considered a wild pitch. Just as the name suggests, this is caused by a wild throw from the pitcher. The pitch is not easily caught – or may not even be catchable.

However, it is important to note that if a pitcher throws an errant pitch, but the runner does not advance then the official scorer will not deem it a wild pitch. A requirement for a pitch to be scored a wild pitch is that a runner must advance.

Are there times that there can be errant throws and no runners advance? Yes, depending on the playing field, the pitch could bounce off of the backstop right back to the catcher. This is unlikely but possible. It could also be a situation where the runner doesn’t pick up where the ball is and choose not to advance.

A passed ball is a pitch the official scorers believe that a catcher should have caught. Again, the main difference between a passed ball and a wild pitch is who gets the blame. In the case of a passed ball, the catcher let a pitch get by that should have been handled and as a result, a runner advanced a base. If no runners advance, it does not matter how badly the catcher handled the ball – it will not be considered a passed ball.

You should know that neither a wild pitch nor a passed ball is considered an error by official scorers. Wild pitches and passed balls are not considered to be a part of the act of fielding – therefore they are not designated as errors.

In terms of stolen bases, this is up to the discretion of the official scorer. If the scorer determines that the baserunner was attempting a steal before the ball was dropped or the wild pitch was made then they may award the runner a stolen base. However, if the runner advances because of the miscue then they will not be credited with a stolen base.

While scoring on a passed ball or wild pitch is beneficial to the team, batters may not find the score as valuable. If a runner scores because of a wild pitch or passed ball, the batter will not be credited with an RBI.

As mentioned earlier, one of the requirements of a passed ball or wild pitch is a baserunner. There is one exception to this rule. If the bases are empty and the pitcher throws a wild pitch for ball 4, then the runner can sprint to first and possibly advance to second if the pitch is wild enough.

This can also be true for a passed ball. The batter becomes the runner. It would be deemed a passed ball or wild pitch if the batter reaches second base.

In regards to a passed ball, it is also possible for it to happen on a called third strike. If the catcher does not handle the pitch and the batter can reach first, it will be considered a passed ball – even with the bases empty.

How to Avoid Wild Pitches and Passed Balls

The most important element in avoiding these mishaps is the relationship between the catcher and the pitcher. If the battery (pitcher and catcher) are on the same page, it is easier to avoid mishaps.

One of the biggest reasons why passed balls occur is because the catcher gets “crossed up” they are expecting a certain pitch in a specific location and the pitcher throws something else. When a catcher is familiar with a pitcher, they generally know their tendencies and how to handle all the different pitches that they throw.

Another really important element is the control of the pitcher. If you have a pitcher that can hit targets consistently, there is less guesswork involved in the process. A catcher will have an easier time handling not only the location of pitches but also the speed and movement of those pitches. In addition, if a catcher is good at blocking, there will be fewer errant throws or mishandling of pitches.

Some other variables to pay attention to – are the weather, baserunners, and the strength of a pitcher. The weather can affect the feel of the baseball or the grip that a pitcher has. The sun or the shade that is on the field can make things difficult for the catcher to see.

Baserunners can be a distraction. If the pitcher or catcher is paying too much attention to a speedy baserunner, errant throws or mishandling of pitches can occur. And finally, power pitchers can cause some of these slip-ups to occur. Hard pitches in the dirt can be difficult to handle and can open the door to baserunners advancing.