Skip to content
The pennant race is one of the most exciting aspects of baseball. Learn about the history and meaning of this tradition. 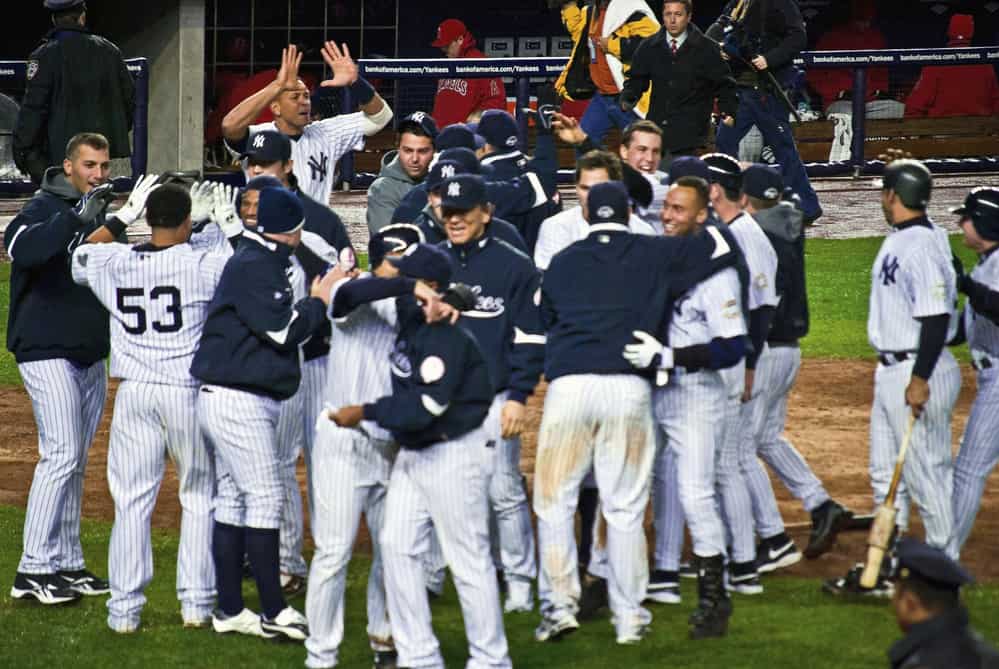 Are you a fan of the grand old game of baseball? If so, do you know what the pennant is? Whether it’s your first time being exposed to this mysterious-sounding baseball term or if you’ve heard about it before and want to learn more, we have all the information for you! The concept of a pennant may seem strange at first glance, but with some understanding and knowledge about how teams vie for postseason glory in Major League Baseball (MLB) then its true significance will become clear. Read on to find out more!

Earning the pennant takes a lot of hard work through a long season. The difficulty of achieving this contributes to the celebration of winning the pennant.

What is the pennant in baseball?

The pennant represents each league in the MLB. There are two separate leagues in the MLB: the American League (AL) and the National League (NL). With this being said, there are two pennants.

A team must advance deep into the playoffs to win the pennant. First, a team must make it past the wild-card round if they don’t win their division. If they succeed in winning their division, they must get past the divisional round.

The two winners of the divisional rounds in each league will square off in the ALCS and the NLCS. These stand for the American or National League Championship Series. These four teams are playing to win their conferences and the pennant. The two pennant-winners come together to play in the World Series.

Origin of the pennant in baseball

The history of the pennant dates back to the early stages of the sport. In the early to mid-1900s, teams would be rewarded with a flag or a pennant for winning their league championship. This pennant would be put up in their home stadium to recognize their achievement.

This trend continues in today’s games, as teams still put up flags or pennants in their stadiums when they win the league championship. In all sports, there are flags that represent each team. The MLB figured a pennant would be the perfect way to recognize a league winner.

What is a pennant race and how does it work?

From 1876 to 1968, the two league champions were decided by the best-finishing team in each league. Only games in the regular season were counted in this situation. For this reason, the last portion of the regular season was considered the “pennant race,” as teams were fighting to win a championship.

In today’s game, the term holds a less significant meaning. League championships are not decided in the regular season, but divisional champions are. Some teams hang flags or pennants just for winning their division. Teams are fighting for playoff positioning in the last portion of the season instead of a championship. The month of September is usually the peak of the pennant race.

What do baseball teams do with a pennant?

When MLB teams win the pennant, they want to recognize a huge accomplishment like this. Most teams will hang a banner, flag, or pennant in their stadium that states the achievement and the year it was done. Teams like the Yankees and the Red Sox have pennants flying all around their stadiums. While it’s common for some teams, that doesn’t downplay the significance of winning one.

Future of the pennant in baseball

In the early years of the sport, the pennant was absolutely necessary. With the ever-expanding playoff field and format, the pennant is slowly fading in terms of importance.

It is also important to note that the pennant-winner still must play in the World Series. Teams often get caught up in the hype of winning the pennant and lose focus on the main goal. You can tell why some coaches want to eliminate the pennant altogether.

What does it mean to win a baseball pennant?

If you win the pennant in the MLB, you have won your respective league. There are two leagues in the MLB, and the league winners are decided in the ALCS and the NLCS. You can also consider these the semi-finals of the MLB playoffs. The two pennant-winners advance to the World Series.

Who has the most pennants in the MLB?

The New York Yankees have the most pennants in MLB history, with a whopping total of 40. The Los Angeles Dodgers have the 2nd-most pennants in the MLB and the most in the NL with 24. These two teams have dominated baseball for a long time.

Is the pennant the same as the world series?

How many games are in the pennant race?

While the pennant race no longer happens in the regular season, it is now decided in the ALCS and the NLCS. In this series, it is the first to win four games (best-of-7). Each team gets a certain number of home games based on who has a home-field advantage.

Is the pennant the only thing players get for winning the championship?

Teams receive pennants for winning the pennant. The individual players earn raises and sometimes even rings. It is a big deal to win the pennant, so diamond rings are deserved.

What MLB teams have never won a pennant?

The Milwaukee Brewers and the Seattle Mariners are the two teams in the MLB that have never won a pennant.

It is a massive achievement for a team to win the pennant. The MLB season is grueling, with a long 162-game schedule. On the other end of it, you have the playoffs and the race for the pennant. Teams are recognized with a banner and rings for their players when they win the pennant. The Yankees and Dodgers have dominated in terms of winning pennants, but young talent has new teams threatening.