Skip to content
The psychological advantage behind this great baseball tradition. 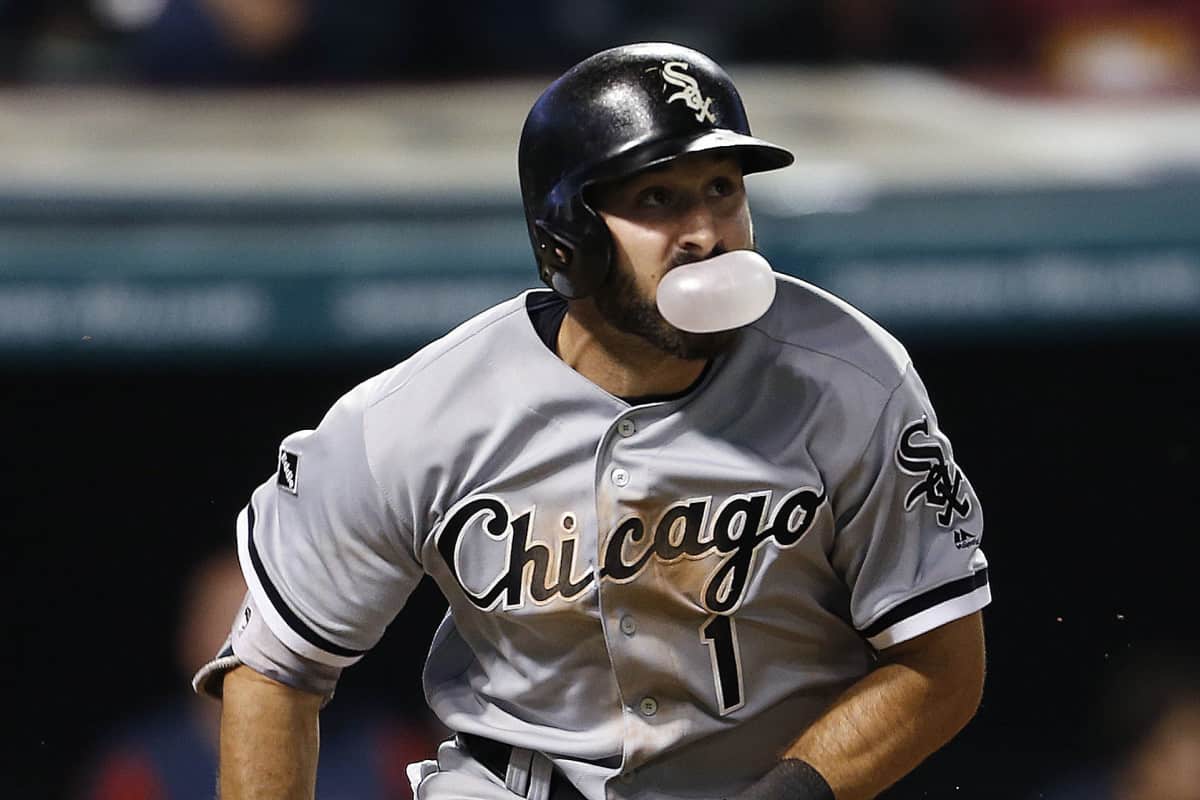 Have you ever wondered why baseball players chew gum? It’s not just to keep their mouths busy while they’re at the plate. There’s actually a reason why they do it. And no, it’s not because they think it will help them hit better. Keep reading to find out what the real reason is!

We have all seen the images of baseball players in the dugout blowing huge bubbles with their gum. Chewing gum has as close of a relationship with baseball as peanuts and hotdogs.

But the question remains: why do baseball players chew so much gum? There are several reasons. Some of these reasons are practical, some are mental, some physical, and some we cannot explain.

Enjoy the video below of some major league players having fun with bubble gum and see why the game can be stressful and fun all at the same time. Pay close attention to former Chicago Cubs player Javier Baez, who is actually blowing a bubble with his gum as he hits a home run.

Why do baseball players chew gum?

There are several reasons baseball players chew gum during a game:

First, baseball is a one-team sport that is played on a field with dry dirt. The dirt used on baseball infields contains a combination of sand, silt, and clay.

As players run the bases or play in the infield, the dust and sand get into their eyes, nose, and especially their mouth. To prevent the discomfort and unpleasant taste, players chew a fresh piece of gum each inning to help keep their mouths clean and generate saliva to help them spit out dust and dirt.

As an alternative to smokeless tobacco, baseball players will chew gum to give their brains the same sensation.

In 2016, MLB set a new policy prohibiting new players from consuming any kind of tobacco products. Also, 16 of the 30 MLB stadiums are completely tobacco-free. These state and local laws apply to fans, stadium employees, and players.

As players chew gum, the movement enhances activity in the brain cortex, which allows for increased focus, enhanced concentration, and better sensory perception. It is the improved brain function that increases response times of the eyes and hands, allowing hitters to hit fast pitches and fielders to catch hard-hit baseballs in the field of play.

Superstition is another big reason that players chew gum. It is well known that Aaron Judge of the New York Yankees chews two fresh pieces of Dubble Bubble sugar-free gum before his first at-bat of the game. Judge continues to chew that same piece of gum until he makes an out while batting. He will chew fresh pieces in his next at-bat. Judge was quoted, “Hopefully, by the end of the night, I have a nasty, old, unflavored piece of gum in my mouth.”

In the video below, you can hear directly from Judge himself about his mysterious chewing gum superstition.

What kind of gum do baseball players chew?

While there is no official MLB gum, players can be seen chewing Dubble Bubble, Bubbalicious, Hubba Bubba, and Bubble Yum. Big League Chew is one of the most famous brands that debuted in 1980 and has since sold over 800 million pouches.

What is the chewing gum controversy in baseball?

Any controversy around chewing gum in baseball is usually related to Big League Chew. The product itself is just a foil pouch of shredded bubble gum, but critics claim that it is too closely associated with tobacco and provides the same sensory cues (minus the nicotine) and should not be promoted to children in Little League. Big League Chew is one of the most popular gum brands in America, and that is especially true with kids.

When did baseball players start chewing gum during games?

Baseball players have been chewing gum since the early 1900s. Chewing gum has been around longer than baseball, but the first time they came together was in 1921 when William Wrigley Jr purchased the Chicago Cubs and renamed Cubs Park to Wrigley Field in 1926.

With the ability to sell and advertise chewing gum during baseball games, the Wrigley company sold millions of dollars worth of chewing gum per year.

Where can you see the influences of chewing gum throughout baseball?

Another iconic piece of baseball history influenced by gum is the famous “Welcome to Wrigley Field” sign that sits outside the iconic stadium facing the streets, letting fans outside know the score and the result of each game.

What is the official gum of MLB?

While MLB does not have an official chewing gum partner, the Big League Chew brand is the official gum of the National Baseball Hall of Fame.

Surprisingly, it was the Wrigley family in Chicago that took the lead in selling Big League Chew at their baseball stadium beginning in 1980.

What player chewed the most gum?

There are many legends about baseball players with strange bubblegum superstitions, but many consider Alex Rodriguez the most extreme. Rodriguez admitted during an interview that he would chew 36 pieces of gum every single game.

Another big gum chewer was former Colorado Rockies manager Clint Hurdle. Hurdle played in the 1970s and 80s and became a manager after his playing career was over. It was rumored that Hurdle chewed more gum per game than anyone in baseball, and fans reportedly would send him gum in fan mail as a sign of luck and superstition. Today, Hurdle has his own podcast, which he has humorously named: 13 Pieces of Bubblegum with Clint Hurdle.

When you combine science, psychology, and superstition, you get strange results in baseball. While there is no disputing that chewing gum positively impacts your cognitive functions, it also prevents dry mouth, reduces performance anxiety, and gets that gritty, dusty infield dirt out of one’s mouth. Whatever way you want to twist it, chew it, or spit it, chewing gum in baseball offers a safer alternative to smokeless tobacco and offers up some humorous highlights.