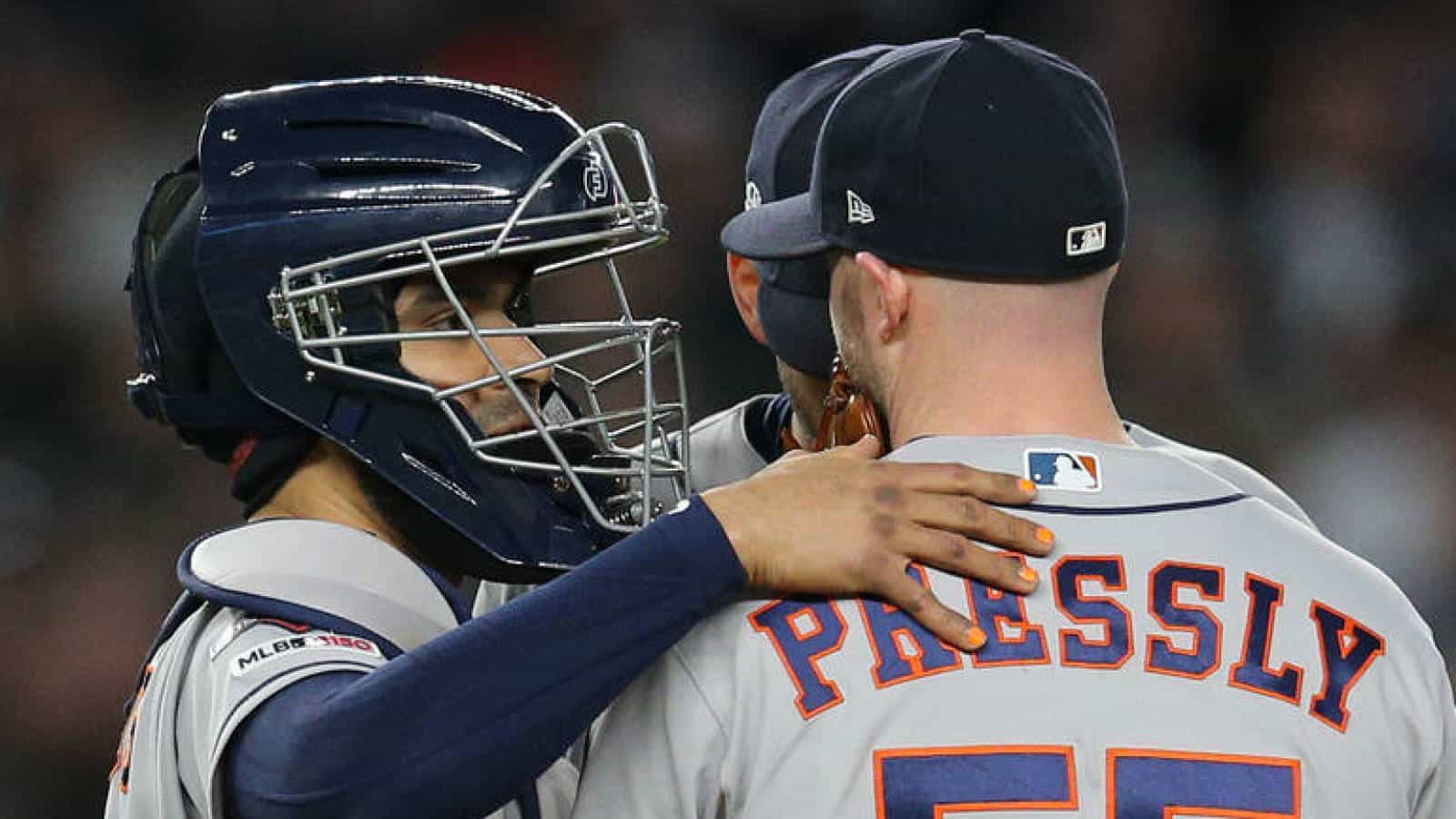 Martin also used Wite-Out initially but switched to nail polish because it was easier to clean off after the game was finished. He also used a variety of vivid nail polish colors because of the “pop” effects.

Prior to using Wite-Out and nail polish, baseball catchers used to tape small strips of white athletic tape on the tips of their fingers to help pitchers see their signals. But this practice hindered the catcher’s grip on the ball when making throws to second and third base.

Catchers switched to Wite-Out and then moved to nail polish, which helps improve their grip on the baseball. Most catchers prefer nail stickers instead of nail polish because these small stickers are easier to use and peel right off after games.

The practical benefits of nail polish for catchers

One of the practical benefits of nail polish for catchers is an improved grip on the baseball. Catchers wear added equipment, which can lead to increased perspiration during games with high humidity, and nail polish helps catchers make accurate throws to infield bases by preventing their hands from becoming too sweaty.

Nail polish can also prevent blisters on the fingers of catchers by eliminating the friction that occurs with the fingers constantly rubbing against the surface of a baseball. Although nail polish cannot prevent excessive rubbing on the ball, it does stop the friction by creating a frictionless surface.

The psychological benefits of nail polish for catchers

The psychological benefits of catchers wearing nail polish come from improved communication with the pitcher. Baseball catchers are tasked with selecting which type of pitches to throw to hitters and can only effectively keep batters off the balance if the pitcher can read their hand signals properly. A catcher who gives a signal for an off-speed pitch is unprepared for a fastball that often reaches 95 mph and higher and could be injured if a pitcher cannot see the signs clearly.

A catcher with nail polish on his fingernails is more confident because he trusts that the pitcher can accurately see which pitches to throw. Baseball catchers need to know what type of pitch is coming, and a miscommunication between the pitcher and the catcher can have disastrous consequences.

The cultural significance of nail polish for catchers

Some catchers have ditched white nail polish for vibrant neon colors that help pitchers recognize what type of pitch is being signaled. There are also a variety of optic-colored game sign stickers for catchers that help pitchers’ readability during the day and night games.

Baseball catchers use nail polish as a form of self-expression and individuality by using brightly colored nail polish instead of regular white nail polish to help pitchers read their hand signals more effectively.

Who are the catchers that have been known for painting their nails?

Catchers who have been known for painting their nails are Jorge Posada, Russell Martin, Robinson Chirinos, Willson Contreras, and Christian Vazquez.

What is the best nail polish and color for catchers to use when flashing signs to a pitcher?

The best nail polish for catchers to use when flashing signals is vivid nail polish in colors such as white, yellow, orange, and neon variations.

What else can catchers use to make their fingernails stand out?

Besides fingernail polish, catchers have also used athletic tape, Wite-Out, and neon-colored nail stickers to make their fingernails stand out.

How often do catchers paint their nails?

Catchers who use nail polish paint their fingernails before games and remove the nail polish after each game.

Are any other players allowed to wear nail polish in baseball?

Position players are not restricted from wearing nail polish, but since there is no competitive edge for them to wear nail polish, you will not find other players with painted fingernails.

Is it really necessary for catchers to wear nail polish?

Communication between pitchers and catchers is crucial to their team’s success. A catcher is responsible for determining what type of pitch to throw to each hitter, and a miscommunication with the pitcher could result in the opposing team scoring runs and winning the game.

Can pitchers wear nail polish to improve their grip on the ball?

Catchers have always sought ways to help pitchers see their hand signals. Some players wrapped white athletic tape around their fingertips so pitchers could see their fingers better. Still, this method negatively affected the catchers’ grip on the baseball when attempting to throw out baserunners. Wite-out was used to paint the fingernails white, but it proved to be a messy hassle to remove.

Although some catchers prefer using nail polish, the emergence of nail stickers in bright neon colors has become popular with high school and collegiate catchers.