Skip to content
Master this tricky baseball pitch and you'll be one step closer to becoming an all-star pitcher. 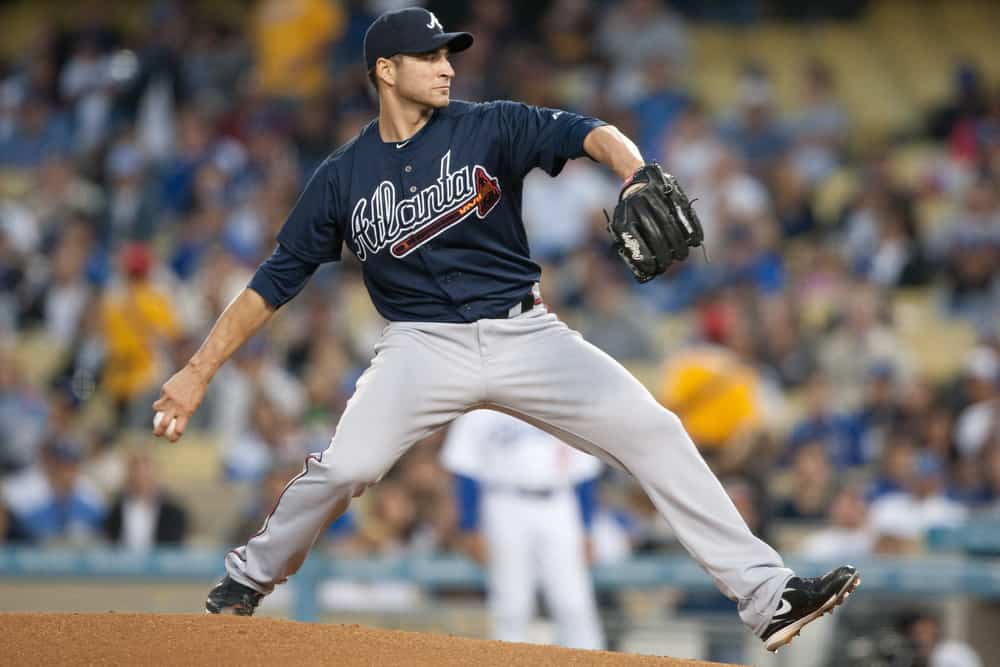 Throwing a screwball is one of the most difficult baseball pitches to master. It’s a tricky pitch that takes a lot of practice to get right. But if you can learn how to throw a screwball correctly, it can be an incredibly effective weapon against opposing hitters.

In this blog post, we’ll teach you everything you need to know about throwing a screwball, including how to grip the ball and how to release it correctly. We’ll also show you some tips and tricks for throwing a screwball that will help you baffle opposing batters. So if you’re looking to add another weapon to your pitching arsenal, read on!

A screwball pitch is an off-speed pitch that pitchers use in combination with a curveball or a slider. Regardless of which hand a pitcher throws with, when the wrist and elbow put a spin on the baseball, it will break either straight down or towards the pitcher’s glove hand.

What makes the screwball pitch so unique is that it does precisely the opposite. When thrown correctly, a screwball will break toward the pitcher’s throwing hand. The goal is to make the hitter miss or make very weak contact with the ball.

What is a screwball pitch?

This is done by snapping and twisting their wrist and elbow in the opposite direction of the curveball and slider motion. The screwball is not thrown with much velocity because of the body mechanics needed.

Why is it called a screwball pitch?

It is called a “screwball” because of the unique movement of the ball. In the 1920s, Hall of Fame pitcher Carl Hubbell used the pitch with great success, and his catcher was quoted as saying, “That’s the screwiest thing I ever saw.”

To grip a screwball, the thumb and index finger are placed tightly around the center of the ball on top of the seams. Different seams can be used depending on the pitcher’s comfort level. The middle finger is then placed on the smooth part of the ball, slightly apart from the index finger.

For a screwball, the natural arm angle will be higher so the body can accommodate the different twisting motions of the pitching arm. Because the screwball bends toward the pitching hand, pitchers must have their palms facing outward when they throw. The arm angle must be at 45 degrees or higher to allow for a complete follow-through.

The spin movement of the screwball is what makes it so difficult to hit. For the ball to curve and break in the opposite direction of the curveball, the hand and wrist must put an opposite spin on the screwball.

The spin needed for the screwball to break correctly depends on the snap and twist of the wrist and arm at the time of release. As the pitcher gets ready to release the pitch, the most pressure on the ball should be coming from the tip of the middle finger. A split second before the pitcher lets go, they will use that middle finger and wrist to twist the palm of the hand away from the body. As the wrist and fingers are turning, that is the point that the ball is released.

Fernando Valenzuela of the Los Angeles Dodgers was the last pitcher to become famous for throwing an effective screwball. Valenzuela was a 6-time All-Star and Cy Young Award winner. In the video below, you will see how he gripped and delivered his screwball, along with some interesting stories from the man himself.

When to throw a screwball pitch

A screwball pitch is not considered a strikeout pitch, so it is usually thrown earlier in the at-bat to either encourage a weak ground ball or get the hitter to chase the pitch and miss it. One common strategy pitchers use is to throw a regular breaking ball early, then on either the next pitch or the one after, the pitcher will throw a screwball to try and confuse the hitter.

How does a screwball pitch move?

Like other off-speed breaking pitches, the screwball starts on a straight path toward home plate, and approximately 1-2 feet in front of home plate, the ball will begin to drop because of the lower velocity and spin in the opposite direction of the curveball. Some of the best curveballs will drop over 6 inches and curve 8-12 inches to the side.

Why is a screwball pitch hard to hit?

The screwball pitch is hard to hit because it breaks opposite to all other breaking pitches. With pitching mechanics, the throwing hand naturally wants to come down and across the body. With a screwball, the pitcher must force his hand and wrist to turn away from the body to make it break the other way.

For young pitchers, their elbow and wrist tendons are still developing, and the stress from a screwball may hurt that development. But regardless of when pitchers begin to throw a screwball, they must use perfect form each time to prevent injury or tendon surgery.

In the video below, you will see a compilation of screwballs from the great Fernando Valenzuela. Pay attention to the hitters being off balance and almost falling over while missing the ball. That is the beauty of the screwball.

Who invented the screwball pitch?

Most baseball historians credit the concept of the screwball pitch to Christy Mathewson, a Hall of Fame pitcher who played from 1900-1916. Back then, it was called a “fadeaway” or a “reverse curve” because of the unique break on the ball.

However, the term “screwball” is credited to Hall of Fame pitcher Carl Hubbell, who played for the New York Giants (now San Francisco) from 1928–1943. Hubbell stated that it was his catcher who referred to the pitch as “screwy,” and the name stuck from there.

Who had the most famous screwball pitch?

The most famous screwball pitcher of the modern-day baseball era is Fernando Valenzuela, who pitched from 1980-1997. He was the last pitcher to use the screwball on a regular basis. Prior to Valenzuela, MLB All-star Juan Marichal of the San Francisco Giants used the pitch frequently during his career in the 1970s.

Why is the screwball pitch controversial?

The screwball pitch is controversial because of the common belief that overuse of the pitch will damage a pitcher’s arm over time. Before the advancement of sports medicine, pitchers that threw screwballs regularly would have shorter careers and complain of arm pain. However, with the sharp increase in tendon surgeries for pitchers that do not throw screwballs, many believe it is no more or less dangerous to the arm tendons than any other pitch.

A fun pitch to watch, but rarely seen

For years, pitchers have tried manipulating baseballs to curve in various directions. However, the art of spinning the ball to make it curve away from the body is one method rarely seen anymore. It has gone by many names, but the screwball is still a fun pitch to watch when it is thrown correctly. Now that you know how to throw a screwball, go out and give it a try!