Skip to content
Learn how to add a devastating weapon to your pitching arsenal. 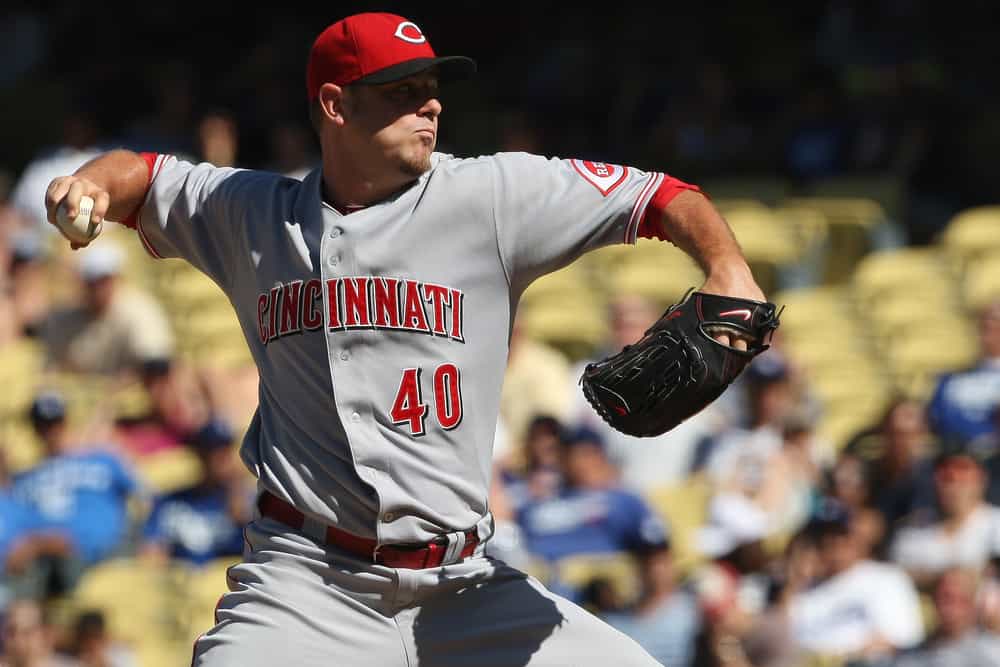 Do you want to drive batters crazy with an unstoppable sinker? In this article, we’ll show you how to throw a sinker like a pro! We’ll give you some tips on how to finesse your pitch and make those hitters look silly. So, arm yourself with knowledge and get ready to take your game up a notch!

A sinker is a pitch in baseball that pitchers use to put downward movement on the traditional straight fastball. The sinker is a variation of the fastball that is gripped and thrown like a fastball.

To make it sink, pitchers put a slight spin on the ball, which causes it to travel like a fastball and then break downwards.

What is a sinker pitch?

The purpose of the sinker pitch is to fool a hitter that they are seeing a regular fastball, but at the last minute, the ball drops a few inches at a high velocity. The ball is not intended to have extreme movement but should move down enough for the hitter to either hit the ball into the ground, forcing a ground ball, or miss the ball entirely.

Why is it called a sinker pitch?

The pitch is also referred to as a “sinking fastball,” a “ground-ball pitch,” or simply just a “sinker ball.”

Throwing a sinker: The 4 steps

Pitchers grip the ball for a sinker pitch the same way they would grip a two-seam fastball. This grip requires the middle finger and index finger to be touching and gripping the smooth part of the baseball between the seams. For this grip, tuck the thumb underneath the baseball, and some pitchers move their thumb more to the inside of the baseball to get more spin on the ball.

The arm angle for a sinker pitch is the same for the fastball. Like other variations of the fastball, the purpose of a pitcher throwing a sinker is to deceive the hitter. The pitcher will wind up with the same motion as their fastball and will keep that motion throughout the wind up until the ball is released. The ball sinks even though the motion is the same for a straight fastball because of the spin placed on the ball during the release.

The spin movement placed on the sinker pitch is the most crucial part. For the ball to sink away from the strike zone, the ball needs velocity and a high rate of spin that forces the ball to break downwards. To achieve this, pitchers must make sure that they use intense pressure on their index finger when gripping the ball and follow through straight down. This creates the necessary spin to force the ball downwards before the hitter makes contact.

It is the release of the sinker pitch that gives it the signature spin it needs to drop downwards and away from hitters. While the motion and grip can be the same for a fastball and a sinker, when a sinker is thrown, the pitcher must use their index fingertip to exert extra pressure on the ball to create the spin needed for the ball to move. The release point itself should not change. The hitter is supposed to believe that a fastball is coming, so the only mechanical change to the sinker, as opposed to the fastball, is a flick of the index finger upon release that causes extra spin.

In the video below, you will see MLB All-Star and Cy Young award winner Corbin Burnes of the Milwaukee Brewers describe his fastball variations, including his sinker and how he grips and throws it, as well as when he likes to use that pitch during games.

When to throw a sinker pitch

If a pitcher has a good command of their sinker pitch, they will use that pitch whenever they feel comfortable throwing it. However, when it comes to baseball strategy, there are certain times that it is wiser to throw sinker pitches.

For example, if a pitcher is facing a dangerous home run hitter to take away their power, the pitcher will keep the ball low by throwing sinkers and not allow power hitters to make solid contact with the ball.

Another time sinker pitches are thrown is when there are runners on base. When runners are on base, it is in their best interest to entice hitters into hitting into a ground ball double play. By throwing low, sinking pitches, the pitcher increases that chance.

How does a sinker pitch move?

A sinker pitch starts its path to home plate in a straight line, and just as it reaches home plate, the ball breaks downward anywhere from 2-6 inches.

The rotation of the ball and the seams on the spinning ball create a slight change in air pressure around the baseball. That air pressure builds up for almost half a second before it forces the ball to “sink” down towards the ground.

Why is a sinker pitch hard to hit?

A sinker pitch is difficult to hit because of the velocity and the movement of the pitch. For pitchers that throw a hard fastball, that is already a weapon, but pitchers that can add movement to their fastball without giving up a lot of velocities are highly successful.

From the pitcher’s windup to the motion of the pitch, the batter should believe that they are getting a straight fastball until the very last second. Once the ball sinks, if the batter is lucky enough to make contact, it always ends up as a simple ground ball out.

Who invented the sinker pitch?

Before 1950, pitchers were able to throw fastballs that could sink. Still, no one claimed to do it intentionally until Philadelphia Phillies pitcher Curt Simmons said he could make his fastball both sink and hop whenever he wanted.

Longtime Dodgers manager Walter Alston (1954-1976) was quoted as saying, “In releasing the ball, the pitcher has to turn the ball over at the last moment, placing more pressure on the index finger…known as a sinker, it is a little more difficult to throw.”

Who had the most famous sinker pitch?

This is a highly debated topic, but most baseball historians will acknowledge that at the top of the list is Hall of Famer Orel Hershiser, who pitched for both the Los Angeles Dodgers and the Cleveland Guardians. Hershiser’s sinker was so notorious during his career that rumor has it he even named his dog “Sinker.”

It was San Diego Padres Hall of Famer Tony Gwynn who was quoted as saying, “I grounded to second base each time on a sinker, and he set me up differently each time. He sure as heck knew what he was doing out there.”

While many pitchers can throw a sinker over 95 mph, the pitcher with the most historical movement on their sinker pitch is Jared Hughes of the Philadelphia Phillies. For the 2022 season, Hughes averaged 10.3 inches of a break on his sinker, which is over 3 inches more than the next person on the list.

The sinker pitch: A fierce weapon in a pitcher’s arsenal

The sinker pitch is another weapon in a pitcher’s arsenal to fool and deceive hitters. Disguised to look like a fastball, the sinker is like the cutter in that the break is slight, the velocity is high, and the intended outcome is a hitter not making clean contact with the baseball.

Pitchers with dominant sinkers have racked up strikeouts, wins, and lots of trophies while not having to put the added physical stress of breaking pitches on their arms and shoulders. Now that you know how to throw a sinker, go out and give it a try!