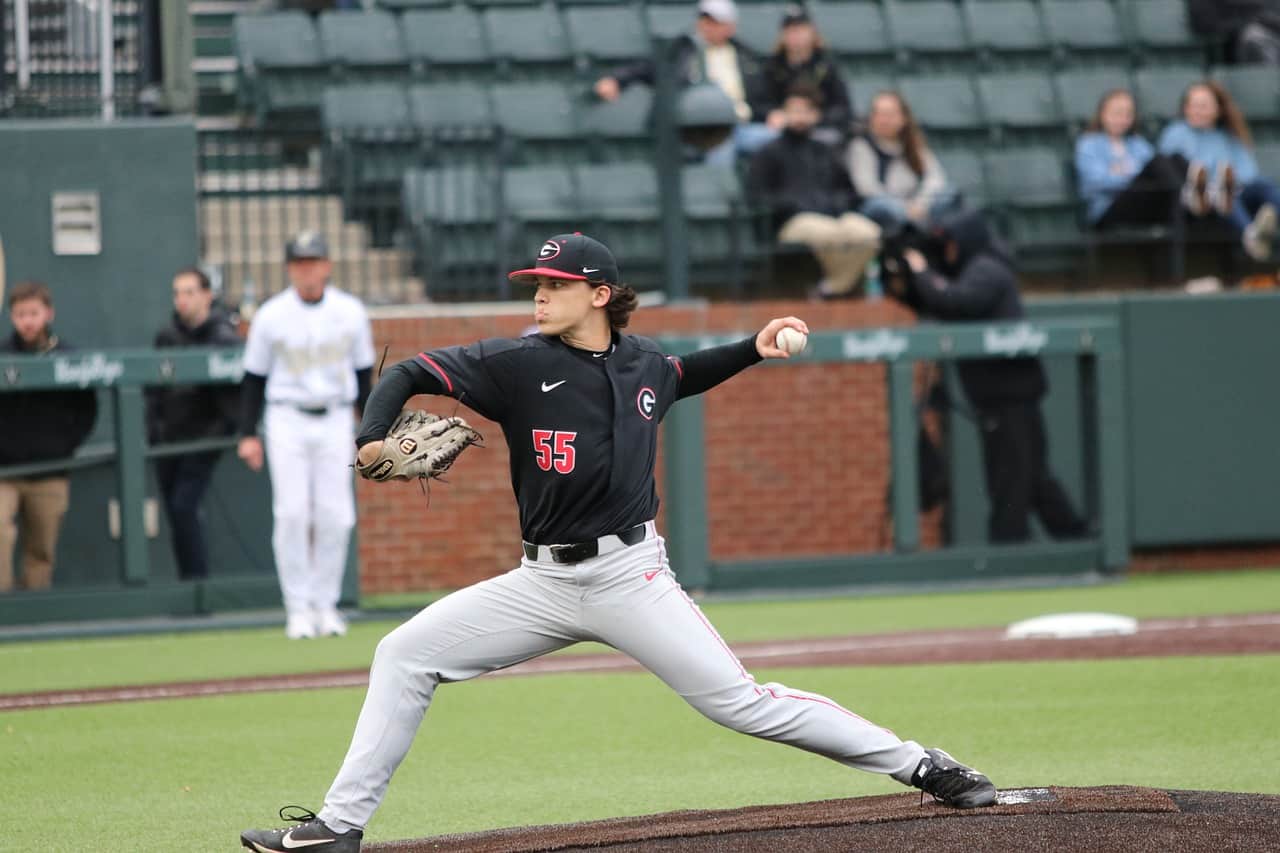 Cutter pitches are one of the most effective tools in a pitcher’s arsenal. They’re not as common as other pitches, such as fastballs and curveballs, so they can be an especially nasty surprise for batters. In this article, we’ll teach you how to throw a cutter pitch that will have your opponents guessing. Keep reading to learn more!

A cutter is a type of pitch that’s a version of a fastball that is intended to break right before the pitch reaches home plate. It is also referred to as a “cut fastball.”

The reason pitchers throw a cutter is to fool hitters into thinking they are seeing a regular fastball, then at the last minute, the ball breaks. It is not a widely used pitch in MLB, but for those pitchers with an effective cutter, it is a difficult pitch to hit.

What is a cutter?

A cutter is a variation of a fastball that involves using a slightly different grip that makes the pitch break before it hits home plate without having to change the pitcher’s delivery motion.

Because most hitters are familiar with hitting straight fastballs, the ability to have the ball break allows the pitcher to make sure the hitter does not hit the ball cleanly on the barrel of the bat.

Why is it called a cutter?

The term “cutter” was not used in mainstream baseball lingo until the late 1980s. It comes from the movement of the ball. When the pitcher releases the ball just before it reaches home plate, it makes a small break that hitters refer to as a “cut.”

4 steps to throw a cutter

There are several different ways to grip a cutter, but even with the different variations, there are similarities.

For a cutter, a pitcher will take their normal fastball grip and shift their fingers slightly off center to apply more pressure to the outer edge of the ball with firm pressure coming from the tip of the middle finger. Pressing the finger tight to the ball helps ensure the ball will spin freely.

Because the cutter has the same motion as a fastball with no snapping or turning of the wrist or elbow, the cutter can be thrown from a pitcher’s natural arm angle as long as the motion is not a 12-to-6 arm motion.

It is vice versa for left-handed pitchers. The ball’s spin comes from the placement of the fingers and the firm pressure of the middle finger on the ball.

When the pitcher releases the ball, the release point at which their hand releases the ball should be in the exact location of the fastball. The reason for this is that the cutter is intended to be deceptive. It is supposed to make a hitter think that a fastball is coming.

One additional point when releasing a cutter is that there is no additional motion from the wrist or elbow. The ball will spin because of the grip, so the release should be identical to that of the fastball.

To see the mechanics of a proper cutter, watch the video above to see a breakdown of how New York Yankees Hall of Fame pitcher Mariano Rivera gripped and threw his famous cutter pitch.

When to throw a cutter?

Cutters are most effective when they break towards the batter instead of away. An effective cutter can be thrown to both left and right-handed batters, but it has a higher probability of getting a hitter out if the ball jams the hitter on the inside.

For this to happen, pitchers will utilize the cutter pitch if they are right-handed and facing a left-handed hitter or the other way around.

How does a cutter move?

A cutter is intended to begin its path to home plate traveling straight, but at the last second, the ball should break away from the pitcher’s pitching hand and towards his glove hand.

The amount of break in the ball can differ due to a pitcher’s arm angle or the velocity of the pitch, but they all break in the same direction – towards the pitcher’s glove hand.

Why is a cutter hard to hit?

A cutter is hard to hit because it is intended to break towards a hitter’s hands when thrown inside. Because the cutter is faster than a slider or curveball, it is well known as a pitch that breaks baseball bats. When hitters swing at a cutter that is breaking towards them, the ball will make contact near the thin part of the bat handle and break it.

While broken bats are not an official baseball statistic, most baseball experts agree that if the statistic was tracked, Mariano Rivera would be the all-time leader in causing broken bats.

Because of the way the cutter breaks towards hitters, it is also a highly effective pitch for generating a ground ball. If the opposing team has a runner on base, then it is in the best interest of the pitcher to entice a ground ball to help his team get a double play. Throwing a cutter increases the likelihood of a ground ball double play.

Who invented the cutter?

According to most baseball historians, the origin of the cutter goes to New York Yankees prospect Gil Patterson in 1977. However, the real development and wide use of the pitch did not come until the late 1980s with Roger Clemens and eventually Curt Schilling and Mariano Rivera, who later perfected the pitch.

Who had the most famous cutter?

It is widely agreed that New York Yankees pitcher Mariano Rivera had the most effective cutter in major league history. He threw the pitch almost exclusively and ended up in the hall of fame. The cutter, or a variation of it, has only been in baseball for about 40-50 years. Other notable pitchers with dominant cutters were Kenley Jansen of the LA Dodgers, Yu Darvish of the Texas Rangers, and Jon Lester of the Boston Red Sox.

Here, you will see Alex Rodriguez, David Ortiz, and Frank Thomas discuss the challenges facing Mariano Rivera and his cutter. Pay special attention to what Ortiz says about the adjustments he had to make as a hitter to be prepared for Rivera’s cutter.

Why does the cutter break a lot of baseball bats?

A baseball bat is at its thinnest where the hitter grips the bat. When a cutter is thrown with speed and breaks in, the odds of a batter hitting the ball close to the bat’s grip increase if he swings. When hitters hit a pitch off the bat’s handle, the likelihood of the bat breaking is significantly increased.

Who threw the fastest cutter?

What is the difference between a cutter and a regular fastball?

The main difference between a cutter and a fastball is how the pitcher grips the baseball. There are many different grips for a fastball, but when a pitcher changes to a cutter, they begin with a fastball grip. Consequently, they will move their fingers towards the outer edge of the ball rather than gripping it across the center of the ball.

The cutter is a deceptive pitch that can be used to confuse batters. It has the same motion as a fastball, but it breaks towards the batter instead of away. Cutters are most effective when they break towards the plate, and they can be thrown to both left and right-handed batters. Now that you know how to throw a cutter, go out and give it a try!