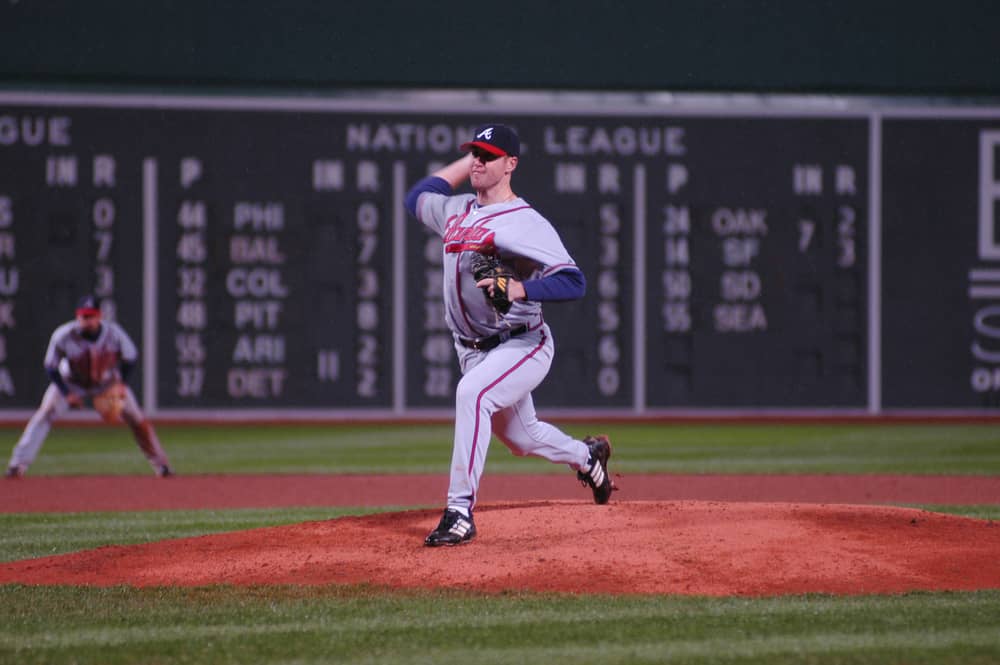 Have you ever been watching a baseball game and heard the announcer say “SU” and wondered what it means? If so, you’re not alone! SU stands for “setup man” and refers to a pitcher who typically pitches in the eighth inning and helps set the stage for the closer to finish off the game in the ninth inning. In this post, we’ll dive deeper into the role of the SU pitcher and how they contribute to a team’s success.

It is the act before the main attraction. Fans expect an excellent performance, but they are there to see the end of the show. This statement is true in Hollywood, and it is true in baseball. The top of the mountain for relief pitchers is to be the team’s “closer.” But before a team sends out the closer to finish the game, someone must get the team in position to win. That individual is the setup pitcher.

What does SU mean in baseball?

In baseball, SU is an acronym for “setup,” which refers to a pitcher who enters a game and is replaced by the “closer” at the very end of the game in the ninth inning. The term “setup” refers to a popular phrase from many decades ago, “You set ’em up, and I’ll knock ’em down.”

This reference in baseball refers to a team’s pitching staff. In a typical game, a team will start with the starting pitcher with the goal of lasting six or seven innings. Once the starting pitcher has done their job and provided a quality start, the manager will replace them with a setup pitcher. The goal of the setup pitcher is to maintain the lead or a tie long enough (set them up) until the closer can enter the game (knock them down).

What is the “SU” position in baseball?

Technically, the SU position in baseball is a relief pitcher. It is widely considered that the pitcher in the setup position is also a team’s number-two reliever, behind only the closer.

What is the purpose of an SU pitcher?

Can a closer be a setup pitcher?

Technically, a closer cannot be a setup pitcher in the same game. Closers are sometimes brought in as a setup pitchers in special situations (such as the World Series), but once they enter the game as a setup pitcher, they will not record a save unless they are the pitcher who records the final out of the game.

In baseball pitching strategy, pitchers are categorized into the following roles:

As the name states, this person opens the game to pitch at least six innings.

If the starting pitcher must leave the game in the first few innings, managers will turn to a relief pitcher that can throw 5–6 innings if possible.

If a starter or long reliever is pulled from the game between the fifth and seventh innings, then a middle reliever is called upon to pitch two-three innings if necessary.

The number-two relief pitcher on the team, whose role is to not allow any runs in the eighth inning (or perhaps longer).

The pitcher is brought in at the end of the game to ensure a team’s victory by getting the last 2-3 outs.

In the video below, you will hear former Cincinnati Reds player and 5x World Series champion with the New York Yankees Paul O’Neill discuss how he credits the 1990 World Champion Cincinnati Reds with the creation of the modern pitching rotation strategy, including the use of setup pitchers and closers.

How are setup pitchers evaluated?

MLB assigns separate statistics to each role to differentiate success between setup pitchers and closers. Closers are measured by the save statistic that was created in 1969. The issue with that statistic is that relief pitchers who did not pitch in the ninth inning had no way of measuring their success.

In the early 1980s, statisticians John Dewan and Mike O’Donnell introduced the concept of the “hold” to prove the effectiveness of a relief pitcher who is not a closer. For a pitcher to earn a hold, they must not relinquish the lead when they enter the game. If they only need one out or if they pitch multiple innings and maintain the lead, they are awarded a hold.

How many innings does an SU pitch?

Why is the hold statistic important?

The hold statistic is important because it allows teams to evaluate the effectiveness of relief pitchers on their staff. Setup pitchers can earn wins and losses like starting pitchers, but because they enter the game late, the likelihood of earning wins is statistically much lower.

Can more than one pitcher earn a hold?

Yes, more than one pitcher can earn a hold in one game. The rule on holds says that a pitcher must enter the game with three runs or less lead and maintain that while recording at least one out. As an example, if a starting pitcher leaves the game in the fourth inning with a 3-run lead and that lead is maintained for the rest of the game, then every relief pitcher that appears and records an out for the rest of the game is awarded a hold until the closer enters the game. If the closer loses the game for the team, the other relief pitchers are still awarded a hold because they were not the ones to lose the lead. In that situation, the closer takes the loss.

Who are the best setup pitchers in MLB history?

If you go by the statistics, the single-season record for most holds is a tie between Joel Peralta of the Seattle Mariners in 2013 and Tony Watson of the Pittsburgh Pirates in 2015.

However, because MLB did not officially record the hold statistic until 1999, statisticians included game data going back a few decades. With the additional data, the all-time leader in holds would be Mike Stanton, with 266. Stanton played from 1989–2007 and was at his best from 1997–2002 while he was with the New York Yankees.

In many professions, people claim you need to “pay your dues.” This is no different for relief pitching. A team’s main pitching attraction is its closer, but no one gets to see the closer if the setup man does not do his job first. It may not be the highest-paid or most glamorous role on the pitching staff, but before pitchers get to the bright lights of the ninth inning, dues must be paid in the seventh and eighth innings.

Once those dues are paid, closers get to enjoy game entrances such as these: