Skip to content
A complete game in baseball is an impressive statistic awarded to a player that pitches the entire game for their team. 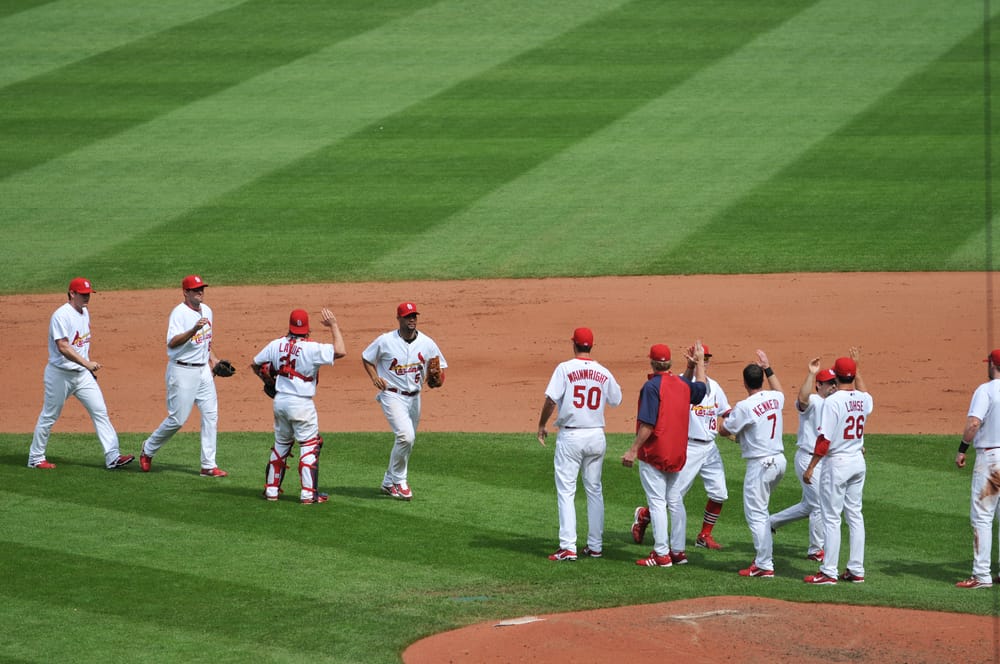 A complete game in baseball is a baseball statistic awarded to a player that pitches the entire game for their team, regardless of how many innings are played. For a pitcher to earn a complete game, they must also be the only player on their team to pitch, with no other teammate throwing a pitch during the game.

The difference between a complete game and a perfect game depends on whether the pitcher allows a baserunner or not during a complete game. For a pitcher to simply earn a complete game, it does not matter what happens during the game, they just need to start the game and finish it as the only pitcher for their team.

For a pitcher to throw a perfect game, they must complete the entire game, but also must not allow any hits, runs, or allow any baserunners for any reason.

It is also important to note that a pitcher can earn a complete game and not be victorious. They simply must finish the game that they started to the final out. The baseball statistic of complete games has no influence on any other statistics and is not an indicator of a team’s success. It is however a vital statistic for starting pitchers.

When pitchers are rated, ranked, or traded between teams, one statistic fans and the media look at in addition to wins and losses is complete games. This is seen as a sign of durability and reliability in a pitcher.

Pitchers can throw complete games and allow several hits and runs to be scored. In fact, in a 1912 game between the Detroit Tigers and Philadelphia A’s, a pitcher named Allan Travers pitched a complete game for the Tigers while allowing the A’s to get 26 hits and 24 runs scored. Check out the video below to learn more about this wild game and the tense build up:

Complete game vs shut out

A pitcher can be awarded with a complete game and allow any number of runs, as long as they start and finish the game as the only pitcher for their team. So, for a pitcher to get a shut-out, they must do two things: they must pitch a complete game, and not allow the opponent to score one run.

How many innings is a complete game?

There is no specific number of innings that constitutes a complete game. At a minimum, baseball games must complete 5 innings to be considered an official game, but there is no maximum amount.

For a pitcher to earn a complete game, it does not matter if the game lasts 5 innings or 25 innings, the pitcher that started the game for their team must complete the game.

There have been games in the past that have been called off because of bad weather but because they went 5 innings, they were considered official games that would not have to be replayed. In this case, if the starting pitcher was still in the game at the time it was called off, they would be awarded with a 5-inning complete game.

Who has the most complete games ever?

The pitcher with the most complete games in major league history is Cy Young who is credited with throwing 749 complete games and a total of 7,356 innings throughout his career (1890 – 1911).

Many baseball historians and experts believe that Cy Young’s record will never be broken because of the way baseball has changed in the last 120 years. In comparison, the current active major league leader in career complete games is Adam Wainwright of the St. Louis Cardinals with 27. It is also worth noting that Wainwright is in his 17th season. This is why most believe Young’s record will stand the test of time.

Who has the most complete games in the modern era?

Can you pitch a perfect game and lose?

No, a pitcher cannot throw a perfect game and lose. If a pitcher loses a game, then it means that the opposing team had to have scored at least one run. In a perfect game, no baserunners are allowed to reach base the entire game, so it would be impossible to score a run.

The changing role of the pitcher in baseball

As baseball strategy changes and player health and safety become more prominent, baseball fans have seen a massive decline in complete games recorded by pitchers. Some say that the development of what is known as the “set up guy” and “the closer” have changed how starting pitchers are used.

Statistically, the more times a hitter faces a pitcher in the same game, the more likely they are to get a hit so that changes how managers manage. However, one thing all baseball fans do agree on is that it takes strength, endurance, and talent to earn a complete game in the major leagues.