Skip to content
There are 162 games in a Major League Baseball season, but that number can change. Find out everything you need to know here! 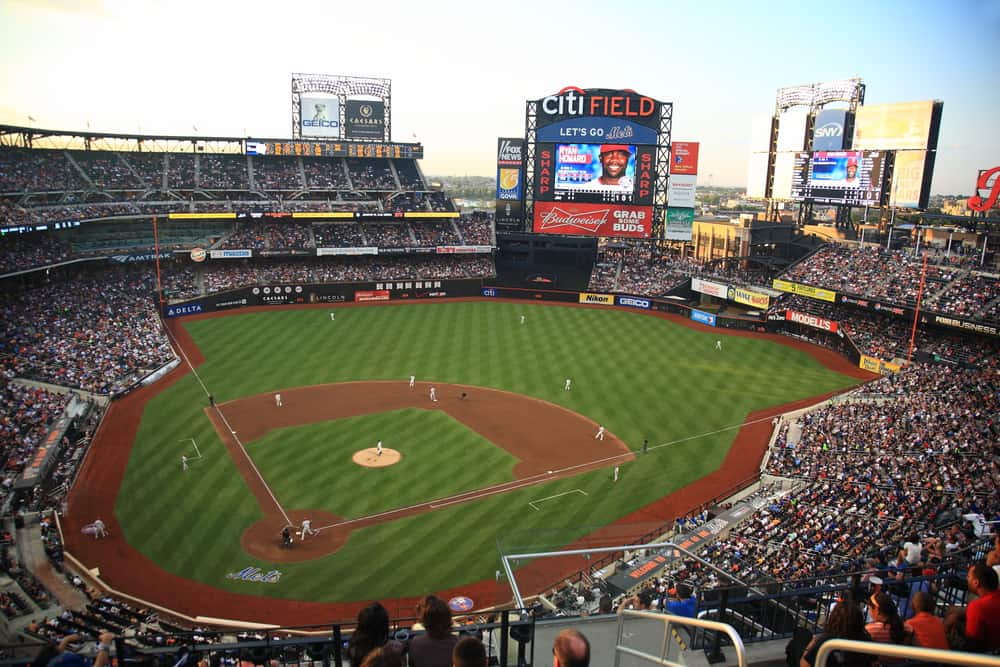 How many games are there in a baseball season? It is a simple question, but the answer can be complex. The season lasts from April until October. That’s a lot of baseball. A base schedule for a Major League season is 162 games. However, you should know that schedule could be extended or reduced in certain situations. The 162 games are the regular season games that count to determine the postseason and regular season statistics. The 162 games do not include spring training games, the All-Star game, or the postseason.

How Can Teams Play Fewer Than 162 Games?

Baseball is a long season. 162 games is a lot of games. And some games can go on for hours. See how long is a baseball game. There are baseball games most nights, but that also means there is a lot of scheduling to contend with. Teams have tight travel schedules. Why does this matter? Many of the ballparks are still outdoor fields. This means you could see a rain delay. Or if the weather is bad enough, the game could be rained out. On these occasions, sometimes teams will play a doubleheader to try and make up the game. Occasionally, the doubleheaders will even get rained out.

There are other scenarios where games may get delayed, but weather is the most common reason. Often teams are not able to accommodate the make-up game immediately. It often depends on how often the team visits town. If it is a division rival, then there are often many opportunities. However, if it is a team that you only see once every couple of years, then more effort may be made to make up the game immediately.  If a game is not able to be made up immediately, then a make-up game might be scheduled for the end of the season, or at a time that both teams have a break in the schedule.

This is where schedules can get complicated. If a make-up between two teams is not scheduled until the end of the season, there’s a possibility that the game could get canceled. This time it would not be because of the weather. If your team and its opponent have been eliminated from the postseason, the league could decide to cancel the game – or if it hasn’t been scheduled, they may choose not to schedule it. If the game is deemed irrelevant to the standings’ outcome, it will not be played.

Other Reasons Why a Season May Be Shortened

Up until 1961, a Major League season consisted of only 154 games. The American League was the first to adopt the longer season. In 1962, the National League also adopted the 162-game season. Since the change to 162 games, the season has been shortened a few times. The schedule has been adjusted because of player strikes, lockouts, and lately the pandemic. It’s not common for the entire league to have a shortened season, but it has happened multiple times.

Reason Why the Season Has Been Extended

In some rare cases, teams may have to play an additional game at the end of the season. 162 games is a long season. Even though the season is so long, sometimes it is not long enough. The regular season is what is used to determine the teams playing in the postseason. There have been a few times where even after 162 games, statistically, teams may remain tied for a postseason position. When this happens, the two teams that are tied are required to play a tiebreaker game. It is the baseball equivalent of sudden-death overtime. It is a single-game elimination game that determines which team will go to the postseason. The winner goes to the playoffs while the loser goes home for the postseason. This is the only scenario in which the season gets extended for a team.

Other Games that Don’t Get Counted

While 162 games is a long season, it might not be the only games that teams play. The season begins in the spring with Spring Training. These are the games that teams use to get warmed up for the season and to determine rosters. Players often play only a portion of these games. Starters will often play fewer innings. This is to avoid injury and also to give coaches a chance to evaluate other players in true game conditions. Spring training games can account for anywhere from 15 to 30 games. There can be intrasquad games, scrimmages with colleges, and games with other big league ball clubs.

The All-Star game is another game that can get lost in the 162-game season. While the entire team won’t have the extra game if you have a player or more who makes it onto the All-Star roster that would be an additional game to their season. However, this game is considered an honor to be a part of, and most coaches who manage the game try to ensure they do not overuse players and put them at risk for injury.

Why So Many Games?

Some would argue that it is tradition. It would be important to notice that as the league expanded the number of games increased. A large number of games allows teams to play each other multiple times. Teams within a division play each other the most. A large number of games also allows players to amass statistics. If the season were too short, you would run the risk of players not playing at their highest level come postseason time. A longer season allows players to find a groove at the plate, on the mound, and on the field. There are slumps and streaks, but by the time they get to the postseason, the best players are playing at a high level.