Skip to content
The position of second baseman requires a unique set of skills. 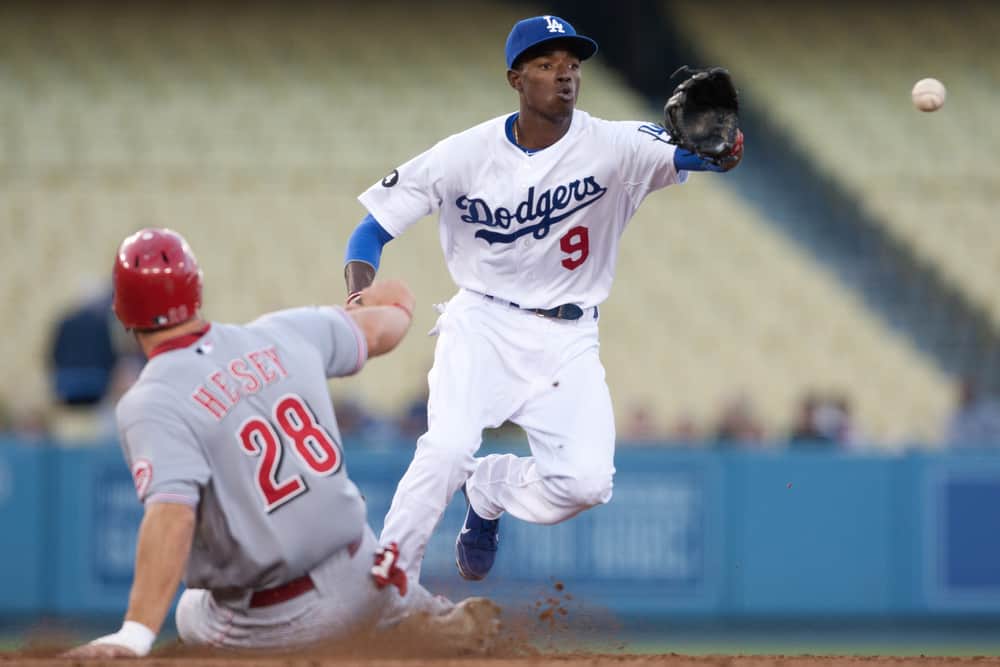 How to Play Second Base

Second base (2B) is an interesting position as it has some unique roles compared to other positions. It is located in the infield part of a baseball field. This position always sees fast-paced action, such as ground balls and line drives.

It takes a deep skillset to find success in this position. While the shortstop (SS) is the captain of the infield, the second base can be seen as the partner in crime or the sidekick.

What makes a good second baseman?

A good second baseman will be quick and good with his hands. When you play in the infield, you face some of the hardest hit balls. The 2B must react quickly and be able to recognize any given situation.

Fielding a ground ball has to be second nature for any 2B to be successful. Most plays made by a second baseman will be on ground balls.

A 2B must also be a terrific communicator when playing defense. The infield is constantly relaying signals and calling plays. These plays could be anything from a pick-off to a first and third play-call.

Accordingly, a 2B must know how to act in every situation as the game moves at a fast pace. He cannot take time to pause and think about where to go and what to do anymore. A good second baseman will react and perform in a timely fashion.

How important is 2nd base?

Second base is seen by most as a significant position in the game of baseball. This position is involved in nearly everything that goes on during every inning. You must step up and be willing to be a leader for your team.

The shortstop and second baseman are the two most important positions on the infield. They work in unison and usually never skip a beat. Without these two, there would be no communication, resulting in disaster.

Communication is a huge part of the defense, and there would be little to none without a 2nd baseman.

Is second base hard to play?

Second base can be hard to play especially when you get to higher levels of competition. As the competition rises, the skill level is off the charts.

In Major League Baseball, the average exit velocity of ground balls hit in the infield is nearly 100 mph. With this being said, you can only imagine how quickly one of these balls would reach SS or 2B.

It can also be difficult to learn other things that come with this position. For example, a second baseman must memorize all pick-off signs for the pitcher and all the catcher’s signs. It can be beneficial to learn pitch signals so you can adjust your starting place accordingly.

The 2B must either possess or develop strong communication skills to assure everyone on the infield is on the same page. It can be challenging to understand everything necessary for this position.

What does a second baseman do?

When the second baseman hits a ground ball, he must field the ball in his glove and make a throw to first base. If a ball is hit in the air, he has to catch the ball while it is in the air.

A second baseman is also responsible for being a cut-off man for throws from the outfield. When throws come in from the outfield, infielders will shorten the length of the throw by cutting it off.

The second baseman is the cut-off man for any ball hit to the right side of the outfield. While being the cut-off, the 2B is also the one that covers second base if a runner decides to attempt to steal.

What skills do I need to play 2nd base?

A reasonably deep skill set is important to play second base. This skill set should include individual skills while also incorporating team-based skills.

The typical traits of all baseball players are necessary, such as speed or quickness, and hand-eye coordination. However, these skills are magnified when playing any infield position.

A 2B needs to be good at communicating with his teammates outside of individual skills. Play calls are constantly being signaled and called out during a baseball game.

The infielders are typically responsible for either relaying the signs or ensuring everyone is on the same page. A good second baseman can also field any ball hit to him.

How can I practice being a second baseman?

You can practice being a second baseman by working on fielding ground balls. The majority of plays seen by a 2B will be on ground balls.

One way to work on these is to head to a baseball field. To perform the game, all you need is a baseball, a friend, and a bat.

Head out to 2nd base and have your friend hit your ground balls. Make sure the majority of balls make you run to get them instead of them being hit right at you. This will incorporate speed and quickness, so you are improving on more than one skill at once.

You can also play long toss to improve your arm strength. Bring a friend to the field and see how far you can get away from each other. You need to go further if you can make it without the ball bouncing!

Where is the second base located?

The second base is located in the infield section of a baseball field. It is exactly how it sounds, as it is the 2nd base on the field when going in a counter clock-wise fashion. The second baseman will not stand on the bag when playing. He usually stands in the middle of second and first while on the edge of the outfield grass. This gives him a crucial extra second for his reaction time.

Is second base harder than shortstop?

I wouldn’t say the second base is harder than the shortstop. I would also say SS is not harder than 2nd base. Both of these positions are unique in their own way. They also have special difficulties. I believe they even out, which makes these two of the most complex positions to play. It is hard to argue this when the middle infielders control just about everything in the defense.

Second Base: The Unsung Hero of the Infield

Second base is one of the four infield positions in baseball. As they are all unique, some have more responsibilities than others.