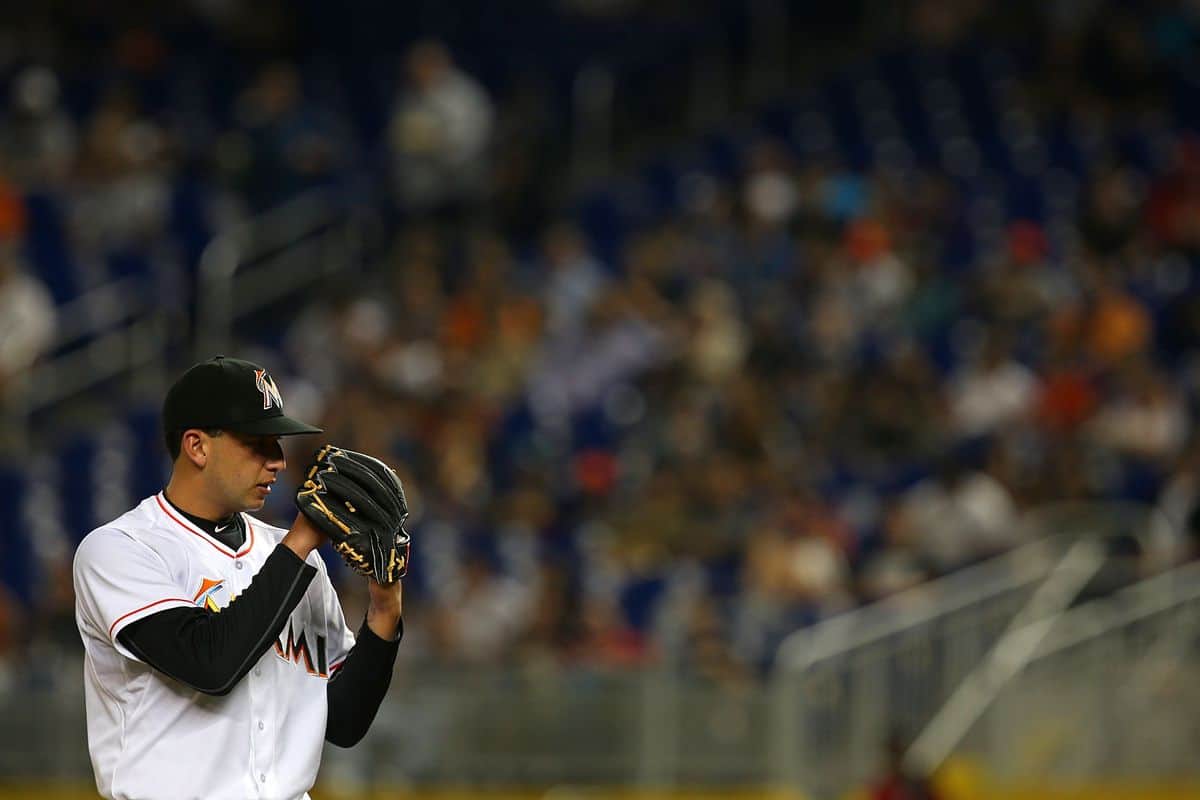 All competitive games and sports need rules for player safety, competitive fairness, and fan enjoyment. In MLB, the official rulebook is currently 192 pages long. It is not much different than other sports, but pitchers and fans of pitching know that over 10% of that same rule book is only about illegal pitches and movements for pitchers. It is that serious of a topic.

In the video below, you will see a compilation of pitchers getting caught cheating and eventually being ejected from the game. As you can see, illegal pitches still happen throughout the league, but as pitchers get better at concealing illegal pitches and substances, umpires are getting better at catching them.

What is an illegal pitch in baseball?

What makes a pitch illegal in baseball has more to do with how the pitcher throws it than the actual pitch itself. There are four main categories of illegal pitching activity: altering the baseball, pitching when the batter is not ready, throwing at a batter, or making pitching motions when not actually stepping on the pitching plate (also known as pitching rubber).

Below is a list of illegal pitches in MLB, and not surprisingly, they are also like those in amateur baseball (Little League to College):

If a pitcher throws a pitch before the batter is visibly ready to hit is the worst of all illegal pitches. Significant injury or even death can occur if the pitch is wild and hits the batter. The home plate umpire calls Quick Pitches.

Regardless of what pitch is being thrown, if a pitcher is caught applying any foreign substance to a baseball (saliva, petroleum jelly, etc. Also, purposely damaging the baseball (with sandpaper or a nail file) to create more spin is illegal.

3. Purposely throwing at a hitter

This is self-explanatory. If the home plate umpire has reason to believe a pitcher deliberately threw the ball at the hitter, he can issue a warning or remove the pitcher from the game immediately.

These illegal activities have more to do with pitching delivery. For example, a pitcher can only take one step toward home plate when delivering a pitch (2 or more is illegal). When pitching from the stretch, if the pitcher does not come to a full pause, that pitch is also illegal (NOTE: not pausing during the stretch is only considered illegal in high school and above. Little League umpires do not call balks for not pausing).

In the video below, you will see what it looks like when a pitcher gets ejected from a game for cheating. In this game from 1987, 43-year-old pitcher Joe Niekro of the Minnesota Twins was caught hiding a nail file in his back pocket during a regular season game. You can watch the comedy unfold as Niekro grabs it from his back pocket and tries to throw it behind his back to hide it from the umpires.

What is the penalty for throwing an illegal pitch?

The penalty for throwing an illegal pitch varies depending on the umpire’s decision. Here are the kinds of penalties that pitchers receive:

For a first offense, or if the umpire believes it was illegal but not intentional, they will issue a verbal warning with no penalty.

If there are no runners on base and a pitcher throws an illegal pitch, the umpire will call an automatic ball, and if it happens to be the 4th ball of an at-bat, then the hitter is awarded first base.

If a pitcher commits an illegal act while there are runners on base, those runners are allowed to advance to the next base as a penalty for a pitcher throwing an illegal pitch.

If the umpire believes that the illegal act was intentional or a pitcher has been warned already, the umpire has the right to eject the pitcher and the manager if they choose.

The baseball commissioner holds the right to take additional action against a player committing illegal acts on the baseball field.

What happens when a pitcher throws an illegal pitch?

When an umpire detects an illegal pitch or play by the pitcher, it is a “dead ball,” which means the play is over and time has stopped in the game. If there are no runners on base, then the umpire calls a ball. On the other hand, if runners are on base, they get to advance one base.

What is the difference between an illegal pitch and an illegal move by the pitcher?

The main difference between an illegal pitch and an illegal move is whether the pitcher releases the ball toward home plate. For pitches to be illegal, they must be thrown to the catcher and noticed by the umpire.

When a pitcher commits an illegal move, they do not pitch the ball to home plate but instead, make purposely deceitful moves while on the pitching mound to confuse baserunners. This is illegal for a pitcher to do because it gives them an unfair advantage over the runners.

In the video below, MLB All-Star pitcher Ryan Dempster discusses the differences between different illegal moves for pitchers (balks). Pay close attention as he discusses how it is tricky to confuse baserunners with footwork.

When did pitches become illegal in baseball?

Since the creation of baseball rules in 1857, there have been many rule changes for pitchers. The first mention of an illegal pitch was not until 1908 when officials decided that pitchers were not allowed to “soil” a new baseball.

Most illegal pitching rules were added in 1920 after the tragic death of Ray Chapman. Chapman was hit in the head with a spitball because the pitcher lost control of the pitch. He died the next day from head trauma, and immediately after, new pitching rules were created, including banning the spitball or any other substance used in a game.

Are illegal pitches in MLB the same as in youth and amateur baseball?

Yes. Illegal pitches in MLB are the same in youth and amateur baseball. The purpose of this is to ensure player safety at all levels. Whether it is a quick pitch, a damaged or altered baseball, or throwing at a hitter, all these pitching activities are illegal at all levels of organized baseball.

The one difference is the “balk,” or an illegal movement by a pitcher to deceive a baserunner. There are 13 different kinds of balks that are called in professional baseball, but much fewer for Little League and Junior Leagues. At the youth level, pitchers can throw from the stretch with no pause and remove their hand from the ball while stepping on the pitching plate.

What is the record for the most illegal pitches?

Illegal pitches are not an officially recorded statistic, but most baseball historians agree that in the past 100 years, there has not been a pitcher that threw more illegal pitches than Hall of Famer Gaylord Perry.

Perry was caught many times putting foreign substances on a baseball and was so notorious for cheating that he published an autobiography in 1974 titled: “Me and the Spitter: An Autobiographical Confession.”

Is a balk an illegal pitch?

Protecting the safety of hitters

There are rules in every sport, and in every sport, those rules are broken. Baseball pitchers are in a unique position in that they throw a hard, 5-ounce baseball over 100 mph at a hitter standing just over 60 feet away. Because of the potential danger, certain pitches that cannot be controlled are illegal, as they should be. Illegal pitches in baseball exist to protect hitters and ensure there is never another fatality caused on the baseball diamond.