Skip to content
Each type of pitcher plays a critical role. Both LRP and MRPs can make or break your team. 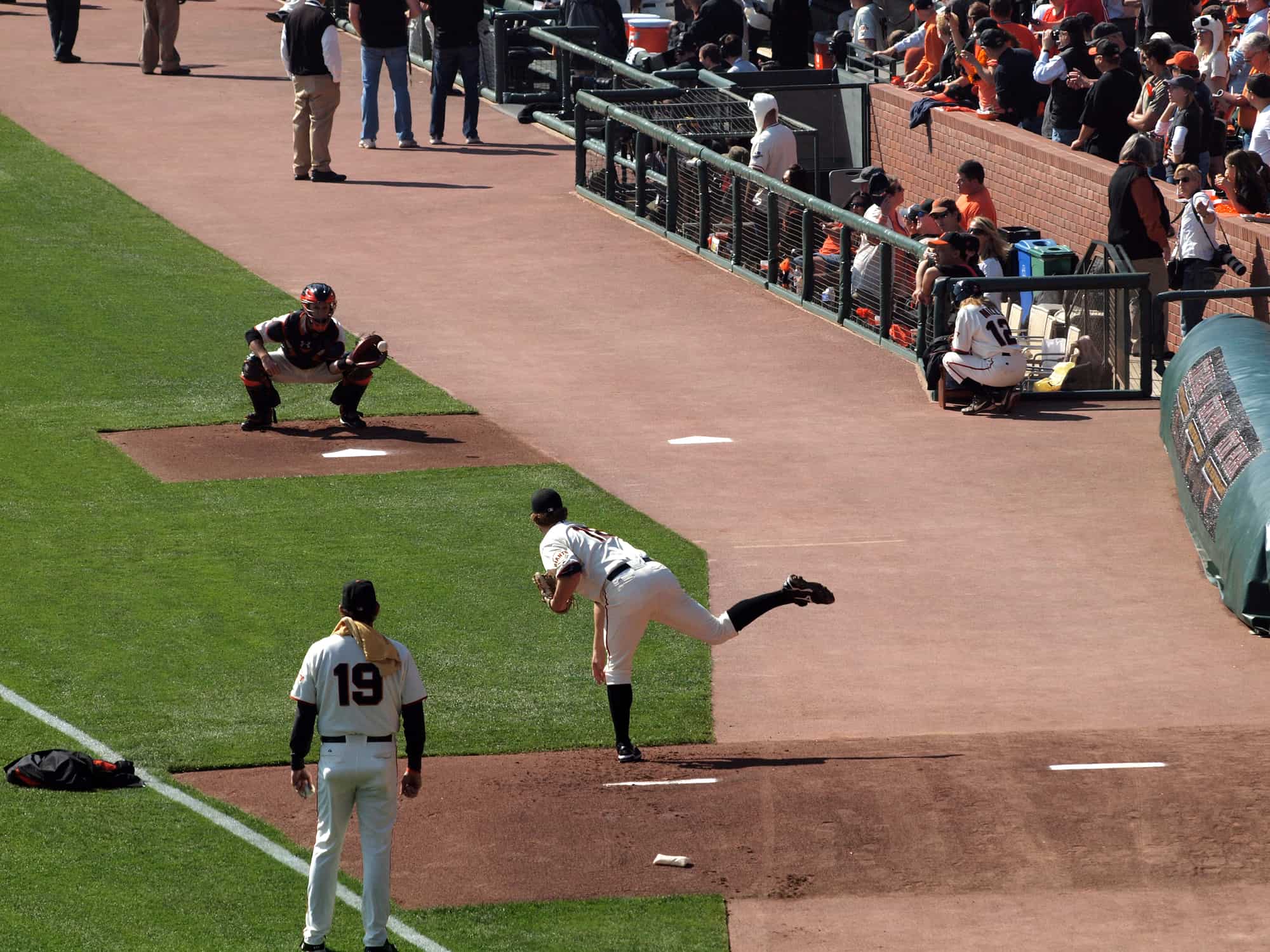 A baseball team requires several specialists. You have defensive specialists whose job is to play the field late in games. You have pinch hitters, pinch runners, and even players who specialize in bunting. In addition to all of those specialists, you have a bullpen full of specialists.

LRP in baseball stands for long relief pitchers. Long relief pitchers are often former starters that have been moved to the bullpen. A LRP could pitch anywhere from an inning to possibly 9. They are able to eat a lot of innings in a game so that you don’t have to use too many pitchers in a game. For example, let’s say that you have a starter that pulls a muscle in the first inning. You don’t want to have to use your entire bullpen in order to get through the game. You would use a long relief pitcher to eat as many innings as possible to keep the game close.

Another example of this would be if your starting pitcher gives up a large number of runs in the first inning. If you are down by a substantial number of runs and your offense is not scoring, the last thing you want to do is to burn through arms just to get through the game. A long relief pitcher may be inserted. If the other team’s offense is still hot, that long relief pitcher may just remain in the game until they hit their pitch count.

In these cases, you may even see some position players who were former pitchers take the mound. It doesn’t happen often, but every now and again you get to see an outfielder take the mound and essentially lob pitches across the plate to get the team out of the inning and save the arms in the bullpen. Sometimes this strategy works because the pitches are generally significantly slower than the average pitcher and major league batters have a hard time adjusting to the difference.

Another reason why you may need to use a long relief pitcher is because your starter got thrown out of the game. Again, it is not common, but this is a circumstance where you essentially need a starter to replace a starter.

Another situation to consider is the game after an extra inning game. If you used a number of pitchers in your bullpen, you might be short staffed while those pitchers recover from extensive work.This is another scenario where your long relief pitchers may come into play.

MRP in baseball stands for middle relief pitchers. Middle Relief Pitchers are more common to see in a game. Middle relief pitchers may make appearances anywhere from 1 to 4 innings. They will most likely appear for an inning or two, but can stretch a little longer if needed.

You will most likely see a MRP when a starter throws a lot of pitches early and hits a pitch count early in the game. For example, if a starter has a rough first inning or second inning where they throw a lot of pitches, that will likely make their appearance shorter. The middle relief pitcher acts as a bridge between the starter and the closer. A middle relief pitcher’s job is generally to hold a lead, tie, or keep the game close. The enable the back end of the bullpen to be effective.

Baseball has changed over the years. In the early days, the starting pitchers would pitch close to complete games. Pitchers threw longer and more pitches. In the moder era, starting pitchers are not expected to throw as deep into a game. Bullpens are full of long and short relievers to help get through a line-up. If a starter can deliver a strong 6 to 7 innings, the bullpen is often capable of closing out the game. The question is which pitcher do you use and when?

The Reason for Relief

Managing Pitchers is an Art

Strategy will determine what type of pitchers you will use in a game. As a manager, sometimes you have to make a decision to try and win the game – or to preserve arms so that you can win a series. In some cases, managers will sacrifice a game a burn a long relief pitcher in order to bolster their bullpen for the rest of the series. Middle relief pitchers and long relief pitchers have a multitude of purposes, but it always comes down to your coaching philosophy and the circumstances of the game.